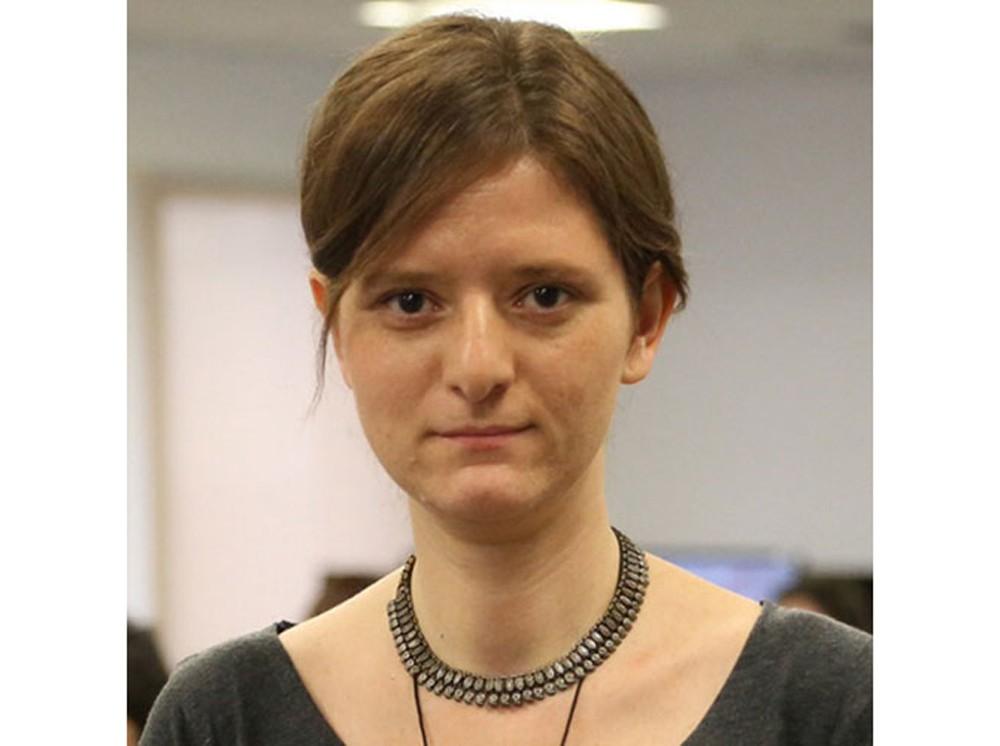 It’s the story of those who fled the 1917 October Revolution in Russia to Turkey, chronicling the pain they suffered on the road of exile. Some of those who resettled in Turkey were so scared of the possible political and social repercussions that they eventually changed their names to conceal their “white émigré” status.

Ziflian says that some 200,000 people left Russia for Turkey in the wake of the Russian Revolution and ensuing Russian Civil War. Many were connected to the Tsarist government, of the aristocratic and upper classes, and were opposed to the Bolsheviks. Turkey served as a way station for the emigres. Those with the financial resources made their way to Europe and beyond. Those lacking the money stayed in Turkey, ever hopeful that the situation would change in Russia and that they’d soon return home.

Ziflian says that many prominent individuals left Russia at the time. She mentions the name of Tatiana Sukhotina-Tolstaya, the oldest daughter of Russian writer Leo Tolstoy, who helped some of the émigré aristocrats to obtain Nansen Passports.

Ziflian says that while working at the Turkish daily Hürriyet she met some of these aging emigres, solely by chance, who remained under the radar, their true identities unbeknownst publicly.

“There were ten of them. They didn’t want to talk about themselves. They were financially impoverished and living in poor conditions. Gradually, over the years, I won their trust and started to collect their stories,” says Ziflian, adding that she believes some of the emigres had Armenian roots.

She gives the example of Kazimir Pamir, whose mother owned mines in Yerevan and Kars during Tsarist Russia. Pamir, according to Ziflian, was taught Armenian by his mother.

The five emigres she talked to in Turkey told her that they would never have survived had they stayed in Russia.  The relatives of most who fled Russia also never survived.

Ziflian tells me about Roxana Omarova, a Russian-Tatar, who fled Russia when a child of seven. The Bolsheviks murdered her grandfather. The girl first settled in China and then moved to Japan before returning to China. She eventually settled in Turkey, changing her name and receiving Turkish citizenship. Years later, she and her son travelled to Russia. The woman told Ziflian that she no longer recognized the country.

An interesting passage in the book deals with the Russian soldiers who were posted to Kars by Tsar Nicolas II. Many never left after Russia pulled out of WW1 and remained there during the founding of the Turkish republic and for decades afterwards. The last family tracing its roots to those Tsarist soldiers left Kars in 1997.

Ziflian worked on the book for seven years. Her research took her to Russia and the archives at Hermitage.

The title of the book, says Ziflian, isn’t by chance. One of the emigres, during an interview, became emotionally wrought and blurted out, “Don’t Forget Me, My Russia”.

Vercihan Ziflian was born in Istanbul and lives there today. A working journalist for the past twenty years, she’s authored four books - Without Dreams, 1997; The Riddle, 2007; Story of Armenians in Purgatory: We Do Not Curry Favor With Either Jesus or The Prophet Mohammed, 2015, (which according to Ziflian stirred a great deal of interest in Turkey since it raised, for the first time, the issue of Islamized Armenians who were members of the Kurdish Workers Party (PKK) and knew nothing about their roots); The Eye, 2016.

Katya 2019-09-20 20:25:59
I am the granddaughter of a white Russian.. Not all that came to Turkey were of Jewish dissent! I guess we all have a story to tell. I will find the book and read it myself in America. Wish I had found the book while I was in Turkey for 5 years.
Hamo 2019-01-31 02:39:12
Thank you, hetq, for this fine article. Though the names of the top Bolsheviks are not mentioned below, they were mostly Jewish. Many of them who appear to be Russian were not. They changed their names to appear to be Russian. Also, when most people speak of the USSR they talk of Stalin. But the people who started it all were mostly Jewish, including Trotsky and Lenin (latter part Jewish). That's why they usually speak of Stalin. To let Jews off the hook. Jews then committed genocide against Russians. You never hear about that. I am not blaming Jews. I am just trying to be informative about history.