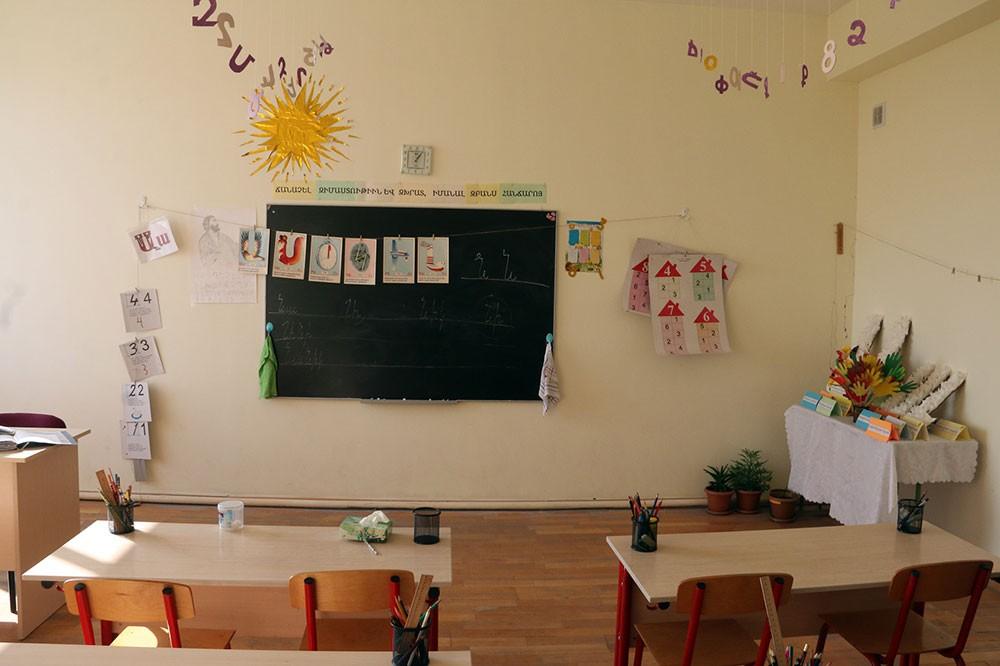 In Alaverdi, a town in Armenia’s northeastern Lori Province 18-year old Lilit Yeritsyan recalls her Armenian Church History classes in school and how she came to the realization that she wasn’t a believer.

Born in Sanahin (now a part of Alaverdi), the majority of area residents were followers of the Armenian Apostolic Church. Lilit was brought up by Christian parents, although she was not baptized. She soon concluded that the Christians in her town weren’t true believers and they only believed because that was the norm.

“The Christians in our town don’t exactly know what they believe in, including my parents. They took me to church maybe twice a year and taught me how to pray, but they weren’t exactly religious. No one here actually believes there will be the second coming of Jesus or that Judgment Day will come. Everyone is a Christian because the rest of Armenia is. I didn’t exactly have a choice when I was younger because I didn’t have the knowledge to know there were other options. So, I considered myself a Christian as well and went along with it.”

Lilit claims that this comes from a force of habit. When asking others what they believe in, she either receives answers with no backing argument or no answer at all. A justification she commonly hears is: “Armenians are Christian, do you expect me to be a Muslim?” Lilit has also noticed prejudices among the people there.

“People here don’t care if you’re a Catholic or an Orthodox; a Christian is a Christian. But if you’re a member of other denominations or religious organizations like Jehovah’s Witnesses or Word of Life, then you’re viewed negatively.”

Armenian Church History classes are introduced to the school curriculum in 5th grade and are taught until 9th. It was in the 6th grade when Lilit began to question the nature of her religion. Reading about the church controlling the government, taxing people, and later learning about the Inquisition during history lessons, pushed her further away from Christianity. Instead of going with the flow, she started analyzing the situation consciously. She started seeing alternatives - Christianity wasn’t the only religion out there, and the others weren’t so bad either.

“If I was told all this at a younger age, I would have realized much earlier that I don’t really believe.”

Lilit started asking her parents about the Bible and Christianity. These questions soon turned into minor arguments, but they eventually died down. The main reasoning her parents gave was: “Our ancestors are Christian, which is why we should be too.”

Lilit’s classmates mostly showed a sarcastic attitude towards Armenian Church History classes. They never had huge arguments regarding the church or religion. They debated the subject, but she received no valid rationale as to why they believed. None of the explanations were sufficient for Lilit. They believed because their parents believed, and their parents believed because everyone else did.

“The Armenian Church History teacher was the only person who would become aggressive when opposed. She would constantly try to convert me - show me the right path. We had the class once a week, and every single one of them began with the teacher making us pray before moving on to the lesson. We were expected to stand by our desks before she entered the class, so we were already prepared to pray. She always taught us new prayers during class. If we didn’t pray with her, she would scold us. If we disobeyed her again, she would either yell at us again or personally come and put our hands together. I tried not to be a troublemaker and usually did as told. If she wanted to see me pray, I could pretend for a few moments. The teacher would constantly say that all Armenians are Christian, and the ones who don’t believe are not true Armenians. I think if this happened when I was older, I would have talked back more.”

Lilit considers the class as 45 minutes of propaganda. She claims this comes from both the teacher and the textbooks. The methods the teacher resorts to shows how she was passing down her ideologies instead of knowledge. As for the textbooks, although they contained informative rather than persuasive material, they’re biased in the sense that only one religion is presented.

There were instances when priests visited her school, but never to teach Armenian Church History. They would either hold seminars during after school  or group discussions. Lilit never regarded this as religious propaganda, but as purely informative gatherings about morality. Student attendance was not mandatory.

“Priests have no place at schools. But if we take a look at the ones that visited our school, I would have had someone like them teach Armenian Church History rather than our teacher.”

As a non-religious person, Lilit never thought of writing a letter to the school administration or skip Armenian Church History classes since she is not a believer.

“Even if it was possible, I wouldn’t have done it. If you’re against something, you have to keep quiet. Alaverdi is a very small town, everyone knows everyone. My parents would have asked me not to do it. It’s better to endure the class once a week rather than make a fuss about it.”

When asked if Armenian Church History harms students mentally, Lilit claims it does so to a certain extent. One of the pros of the class is that it made her think outside the box and look for other sources for information. It made her inquire more about history and religion to broaden her perspectives. One of the cons is that students aren’t taught about other religions, they’re only shown a fraction of what exists. They are taught to become blind followers - to one who strikes you on the cheek, offer the other.

“Not once were we told that being non-religious is okay. We are crammed with religious thoughts and ideologies at such a young age that it turns us into shallow followers. We have no deep knowledge or connection. We don’t know what we’re after. Armenian Church History should either be completely taken out of the curriculum or merged with the history class. Better yet, teach about all religions. Whoever believes, believes. Do not limit students with one religion.”

Anahid Akkam is an Armenian writer born and raised in the UAE. After moving to Armenia in 2008, she found joy in reading which soon turned into writing. She is currently studying English and Journalism at Yerevan State University of Languages and Social Sciences.

scandinavian 2019-02-24 12:05:30
It seems that this girl has found Soviet books and believes their version. She does not know what Christianity is, and is opposing the Soviet caricature of it. Sad.