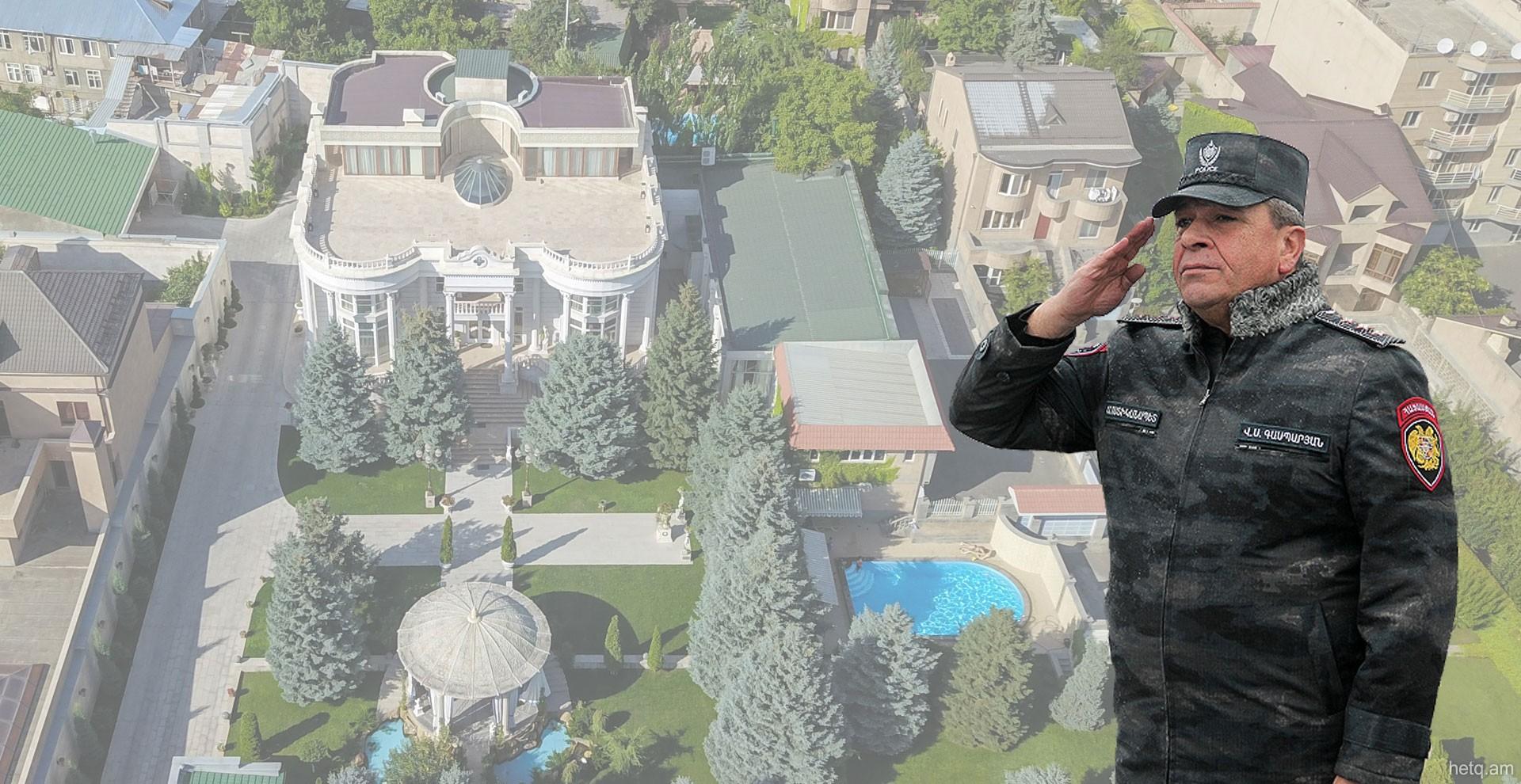 While no formal criminal charges have been filed against former Armenian Chief of Police Vladimir Gasparyan ever since Hetq broke the story last August that he somehow finagled the purchase of a home in Yerevan for $200,000 when its market value at the time ranged between $3-4 million, the courts in Armenia have placed a freeze on property and bank accounts owned by him and his family.

Gasparyan, who was ousted from the post of Armenia’s top cop after Nikol Pashinyan came to power in May of 2018, now lives in the three-story house, located on a 2,836 square meter plot of land near Victory Park overlooking downtown Yerevan, with his family.

After Hetq published the article, the house’s former owner Aghasi Danielyan went to court and demanded that Heghoush Galstyan, the mother of Gasparyan’s wife, to finally pay him the 900-million-dram purchase price she promised.

Hetq’s investigation reveals that Gasparyan was able to snatch the house, which was put up as collateral at AmeriaBank at a liquidation value of $1.8 million in 2013, at a fraction of its market value due to the intervention of several notable players – Arshak Hakobyan (former chief of Gasparyan’s security squad), Hayk Stepanyan (Gasparyan’s main adviser), businesswoman Silva Hambardzumyan, and various AmeriaBank officials.

The court has placed a freeze on the above-mentioned home (registered in the name of Vladimir Gasparyan’s son), the family home on the shores of Lake Sevan, property in Jrvezh, and several cars.

Also listed in the court injunction is the Yerevan apartment and a house in Katnaghbyur owned by Vladimir Gasparyan’s wife Sousanna.