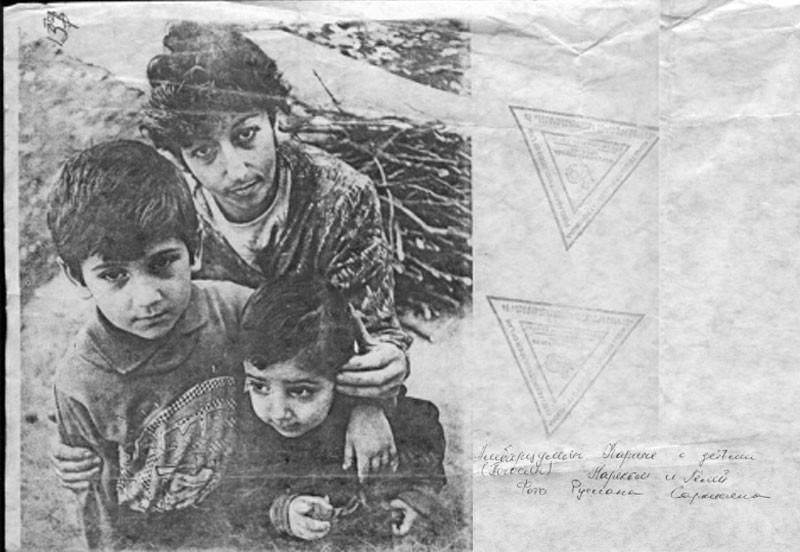 The following is an unedited statement released by the Artsakh Human Rights Defender’s Office.

The subsequent manifestation of Armenophobia and genocidal policy towards the Armenians took place on the April 10th, 1992, when the Azerbaijani armed forces carried out massacres in Maragha village of Martakert region.

In the morning of the April 10th, shelling of the village started, and then the Azerbaijani troops entered Maragha. The majority of the population managed to leave the village, and those who did not succeed became victims of the atrocities of the Azerbaijani armed forces. When the Armenian forces liberated the village on the next day, they discovered many mutilated bodies of Armenian civilians.

According to various data, more than 57 civilians were killed in Maragha and over 60 were captured, of which 9 were children and 29 were women.

Baroness Caroline Cox, former vice speaker of the UK House of Lords, describes what happened in Maragha. "What we have seen is not descriptive. The village was completely destroyed. People were burying dead bodies which had been tortured, burned, cut or shaved. Some were buried on the previous day. We took them out to shoot, though we understood how grave it was for Armenians.

What was filmed in Maragha on those days testifies to the terrible massacre that took place there - beheaded and slaughtered corpses, bodies of children, body parts and bloody soil where they had been mowed. We saw bloody pliers by which they had committed the crimes. After killing the villagers Azerbaijanis plundered and burnt the village."

Like in Sumgait, Baku, Kirovabad, Maragha and other settlements, as well as during the entire Azerbajani-Karabakh war, Azerbaijan continued the policy of ethnic cleansing of Armenians, according to our analysis, which is in full compliance with the legal formulation of the genocide perpetrated under the UN 1948 Convention on the Prevention and Punishment of the Crime of Genocide. Moreover, our research shows that apart from the depatriation of hundreds of thousands of Azerbaijani Armenians, their rights to property and free movement, among others, have also been violated on a continuous basis. Many of these Armenians still bear the physical, psychological and material consequences of that policy.

Those committed crimes have not received relevant legal assessment and have remained unpunished, which led to the implementation of the official anti-Armenian hatred policy pursued by the Republic of Azerbaijan. The victims of that policy are not only Azerbaijani Armenians and the population of the Republic of Artsakh (Nagorno Karabakh), but also all Armenians worldwide, as well as foreigners visiting Artsakh. As a reminder, the Artsakh Republic Human Rights Ombudsman published a special report in 2018 on the Azerbaijani anti-Armenian hatred policy, presenting concrete examples of its manifestation and relevant international law analysis.

An active stage of manifestation of Armenophobia in the Azerbaijani society was also recorded in April 2016- during the large-scale attack of Azerbaijan on Artsakh. The Human Rights Ombudsman, within the framework of his fact-finding mission, presented a report in 2016 on killings, beheadings, tortures and other cases of war crimes and human rights violations against civilians and military servicemen of Artsakh. It is noteworthy that the Azerbaijani servicemen, who have committed such crimes, were later rewarded and encouraged by the Azerbaijani authorities.

The Ombudsman urges the international community to give a proper legal assessment to the 1992 April massacres in Maragha, in accordance with the fundamental principles and norms of international law, as well as to take action to end the ongoing anti-Armenian hatred policy. This path of racial hatred not only contradicts the well-known principles of international law, but also takes the two peoples away from conflict resolution and lasting peace.