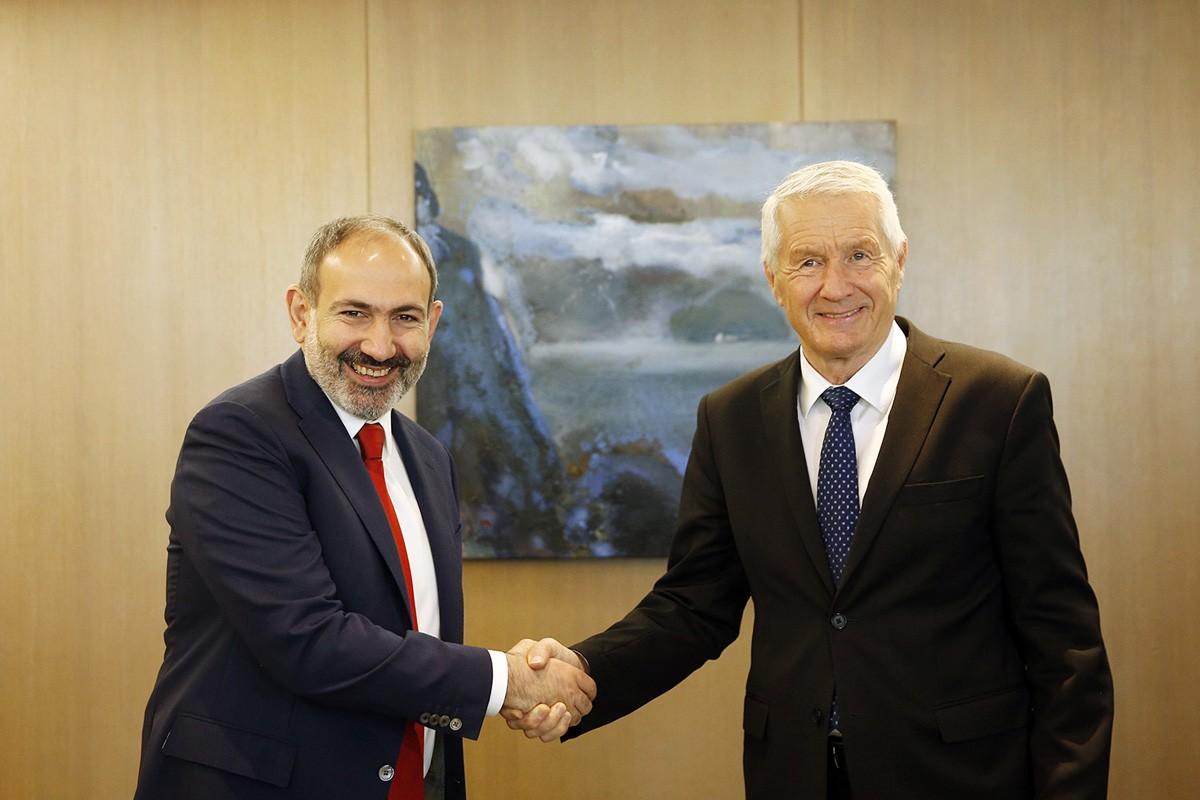 Thorbjørn Jagland to Nikol Pashinyan: “Council of Europe will continue to support Armenia in developing democracy”

Following the protocol video-photo session held before the meeting, Prime Minister Nikol Pashinyan signed the Golden Book of the Council of Europe.

The Secretary General of the Council of Europe welcomed the democratic changes underway in our country. He noted that the early parliamentary elections of December 9 demonstrated the Armenian people’s commitment to democracy and human rights, and the Council of Europe will continue to cooperate with the Armenian government to achieve the above goals.

Thanking Thorbjørn Jagland for supporting Armenia’s democratic processes, Nikol Pashinyan highly appreciated his personal contribution to the effective functioning of the Council of Europe and its enhanced reputation. The head of the Armenian government noted that the Council of Europe is an important partner for Armenia on the way to developing democracy, protecting human rights and promoting the rule of law.

The Prime Minister and the CoE Secretary General discussed the furtherance of CoE-Armenia cooperation. Prime Minister Pashinyan stressed that democracy is an inner belief and a system of values and not an external orientation for Armenia and the Armenian society. He assured that our country will consistently move forward on the way to strengthening democracy, protecting human rights and promoting the rule of law.

In turn, Thorbjørn Jagland highlighted the implementation of reforms aimed at strengthening democracy in Armenia. He noted that the processes taking place in our country testify to Armenia’s strong commitment to European values, and the Council of Europe is ready to continue assisting our country in this process.

The parties took the opportunity to exchange views on the Nagorno-Karabakh conflict settlement process and regional developments.

After the meeting, Nikol Pashinyan and Thorbjørn Jagland made statements for media representatives and answered journalists’ questions.