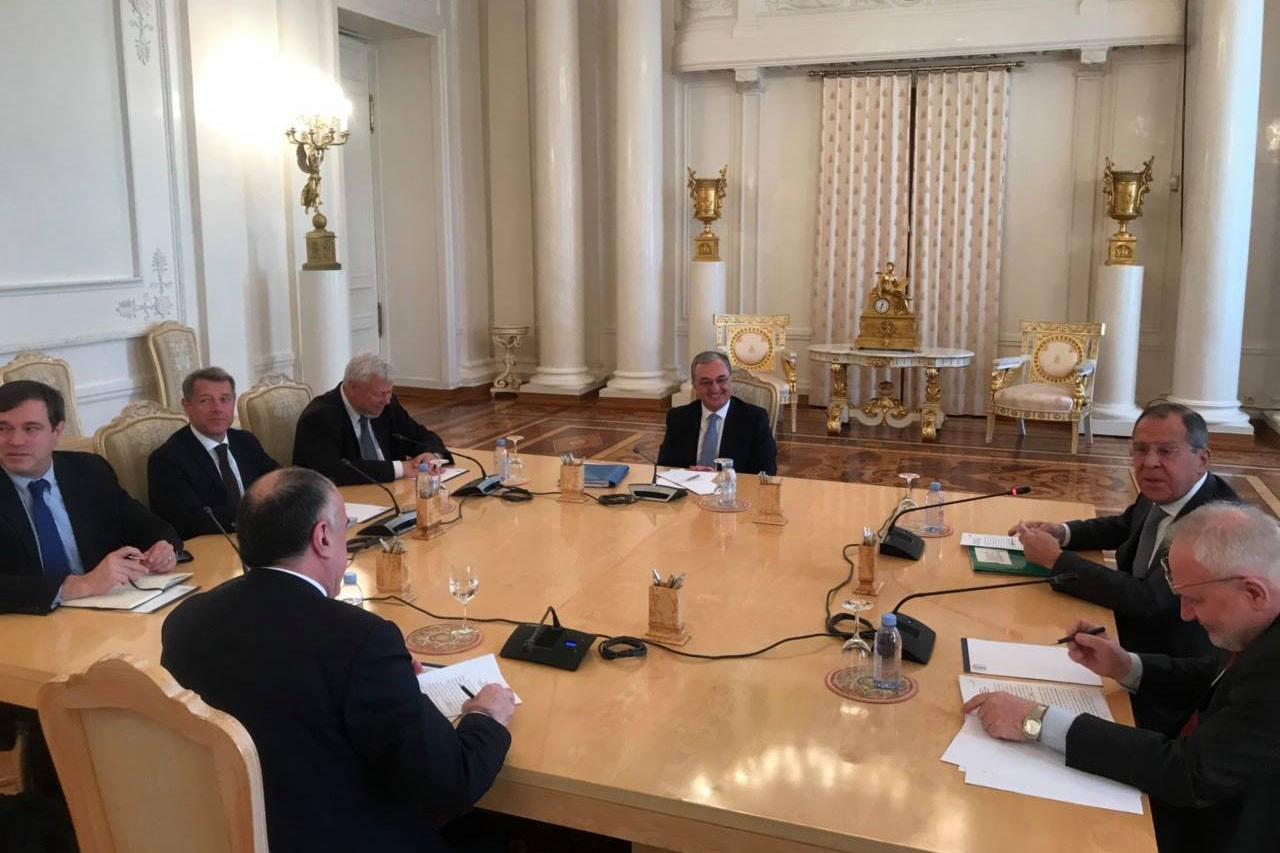 In a joint statement released regarding today’s earlier meeting of the foreign minister of Armenia, Azerbaijan and Russia, Armenia’s Ministry of Foreign Affairs says that, in a follow up to the March 29 meeting in Vienna between Armenian PM Nikol Pashinyan and Azerbaijani President Ilham Aliyev,  the sides discussed ways to cooperate on humanitarian issues along the Line of Contact and that the foreign ministers of Armenia and Azerbaijan reaffirmed their commitment to resolve the Karabakh Conflict through political and diplomatic means.

The joint statement by the foreign ministers and the OSCE Minsk Group Co-chairs, in part, reads:

"As a follow-up to the agreements reached by President Aliyev and Prime Minister Pashinyan at their summit in Vienna on 29 March of this year, the participants in the meeting discussed the situation at the border and the line of contact, as well as the prospects for establishing humanitarian co-operation. They also exchanged detailed views on key aspects of the settlement process.

"The Foreign Ministers of Azerbaijan and Armenia reaffirmed the intention of the parties to continue their efforts to resolve the Nagorno-Karabakh conflict through political and diplomatic means. The Ministers emphasized their interest in the further stabilization of the situation in the conflict zone, in particular during agricultural activities. They also agreed to take measures, on a mutual basis, to allow families to have access to their relatives held in custody in the respective detention centers of the parties. The Ministers expressed their willingness to start concrete work on establishing contacts between people, including through mutual visits of media representatives."

Today’s meeting was also attended by the Minsk Group Co-chairs and Ambassador Andrzej Kasprzyk, the Personal Representative of the Chairperson-in-Office on the conflict dealt with by the OSCE Minsk Conference.