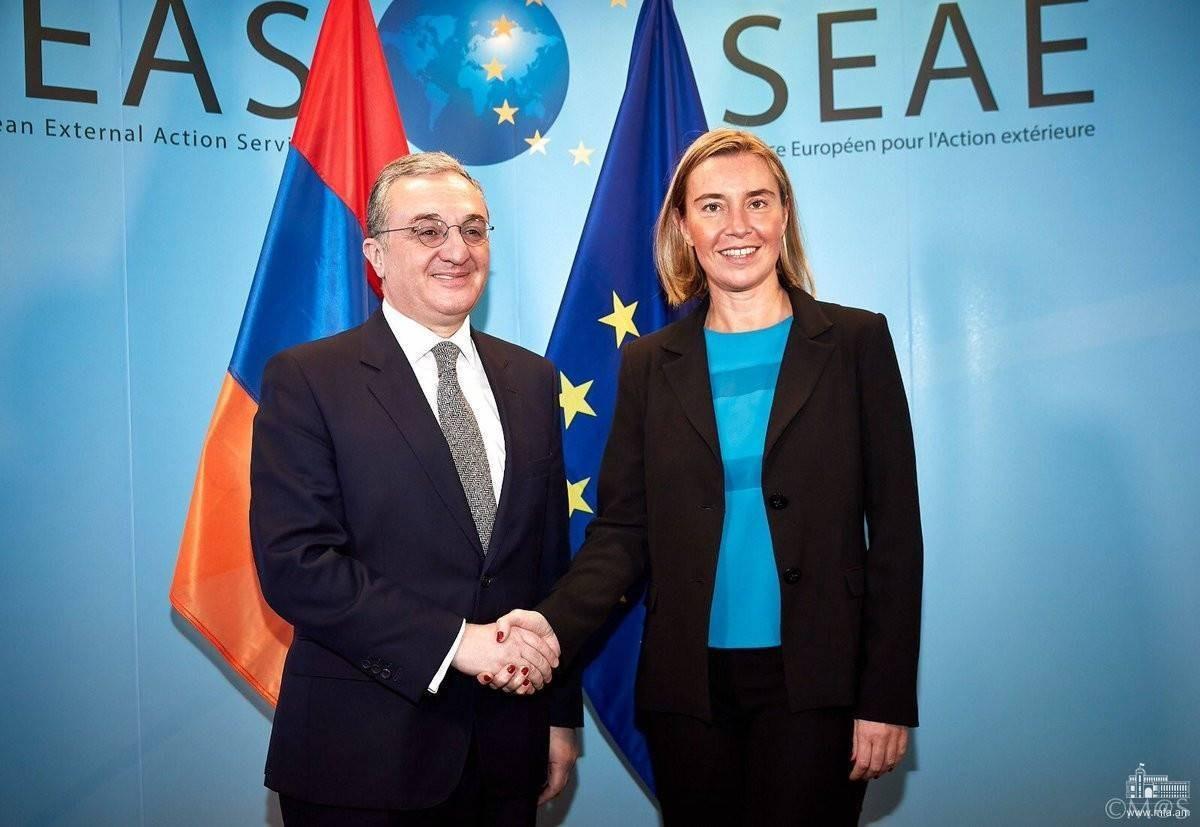 Armenia's 'Velvet Revolution': A Contribution to the Eastern Partnership

(The following article, by Armenian Minister of Foreign Affairs Zohrab Mnatsakanyan, appeared in the euobserver on May 15, 2019)

The 10th anniversary of the EU's Eastern Partnership programme offers an opportunity to assess both the success to date and the prospects ahead for greater bilateral and multilateral cooperation in Europe.

As an ambitious effort of EU engagement with its neighbouring states to the east, the first decade of the Eastern Partnership has been receiving different views and perceptions among both its partners and the EU member states themselves.

Nevertheless, the Eastern Partnership has also been marked by a notable degree of progress in developing and deepening relations between the European Union and six Eastern partner countries.

It has also been evolving as an effective multilateral platform to encourage and promote the benefits of regional cooperation amongst the partner countries with different paths and different levels of engagement with the EU.

Armenia stands out as a particularly significant success for the Eastern Partnership, for three reasons.

First, based on the EU policy of "differentiation," Armenia's unique position as a country committed to seeking greater flexibility and diversity of cooperation frameworks was recognised and rewarded, as evident in our successful signing of the Armenia-EU Comprehensive and Enhanced Partnership Agreement (CEPA).

Signed in November 2017 and ratified by the Armenian parliament in April 2018, the Armenia-EU CEPA represents an alternative avenue for attaining an enhanced and strategically reinforced partnership between Armenia and the EU beyond the Association Agreement format.

Moreover, the CEPA offers a promising framework for the development and deepening of relations, European support for Armenian political and economic reforms, and strengthening Armenia's contribution to regional security and stability.

A second important achievement for the Eastern Partnership was its appreciation of the shared values between Europe and Armenia, based on both our common civilisational heritage and our mutual aspirations for lasting democracy, freedom, dialogue, and diplomacy.

But it is the third specific Armenian contribution to the success of the Eastern Partnership that is the most recent and most promising development.

This contribution stems from the success of Armenia's "Velvet Revolution" last year, which as an important victory for peaceful change, stands out as an affirmation of European values and ideals.

From our perspective, the non-violent approach to political change in Armenia was the only way to ensure a transition towards genuine democracy, accountability, and good governance.

Committed to restoring the primacy and priority of the individual Armenian citizen, we were able to embark on a new chapter in our political history that is defined by public service and by pursuing national interest over self-interest, where the reforms now underway have become irreversible and irrevocable.

Armenia seeks to strengthen our relationship with Europe, based on mutual respect and recognition of interests and security concerns, acceptance of our own responsibilities of democratic governance and accountability.

It also expects European assistance in empowering our reforms and sustainable development, promoting people-to-people contacts, including visa-free travel and cultural, educational and scientific exchanges designed to leverage the synergy of our own active and educated youth as our "agents of change."

The greater challenge before the Eastern Partnership is to entrench its potential and capacity as a platform for extending broader regional cohesion, cooperation and stability, while resisting geopolitical rivalries and confrontation.

Dialogue and cooperation remain the engine and the only choice for peaceful resolution of conflicts, for the sustainability of peace and stability in Europe.

Therefore, looking back at the decade of the Eastern partnership, it is clear that like any ten-year old, this is a still growing, still developing project, where the promise and potential to consolidate our bilateral agenda with the EU remain well within reach.

And as we in Armenia continue on our path toward deeper democracy, equitable economic development and peaceful conflict resolution, we stress the importance of continued European support and collective effort to amplifying the benefits of cooperation.

In order to further institutionalise our development and our democracy, Armenia needs to work with the EU in broadening the capacities of the Eastern Partnership for securing the sustainability of democratic institutions, the protection of human rights and sustainable development.

Devaluing the priorities of protection and respect for human rights, promoting democracy and the rule of law throughout the Eastern Partnership space will undermine and inflict irreparable damage to its concept and to value based relationship.

We also seek greater security from the Eastern Partnership in the key areas of connectivity.

In this regard, the EU can play a pivotal role in creating and crafting new opportunities for more inclusive transport and energy projects with, and among, partners, as part of a more positive agenda of regional connectivity.

Armenia also expects more from the EU and the Eastern Partnership in pursuing a comprehensive approach to security, including the necessity for a values-based policy of engagement in support of peace, security and stability in our region.

For example, the sustained support to the essential right of self-determination for the people of Nagorno-Karabakh (Artsakh) and to the peaceful resolution of the conflict within the internationally mandated format of the OSCE Minsk Group Co-Chairmanship are a test to the consistency of our partners in supporting genuine peace in our region and sensitivity to existential security concerns of our people.

These principles and positions are reaffirmed in the Comprehensive and Enhanced Partnership agreement between Armenia and the European Union.

As an opportunity to hail the success and herald the sustained promise of the Eastern Partnership at its tenth anniversary, Armenia remains committed to contributing to a further success over the next ten years as well, a commitment only emboldened by our own one-year anniversary of Armenia's Velvet Revolution