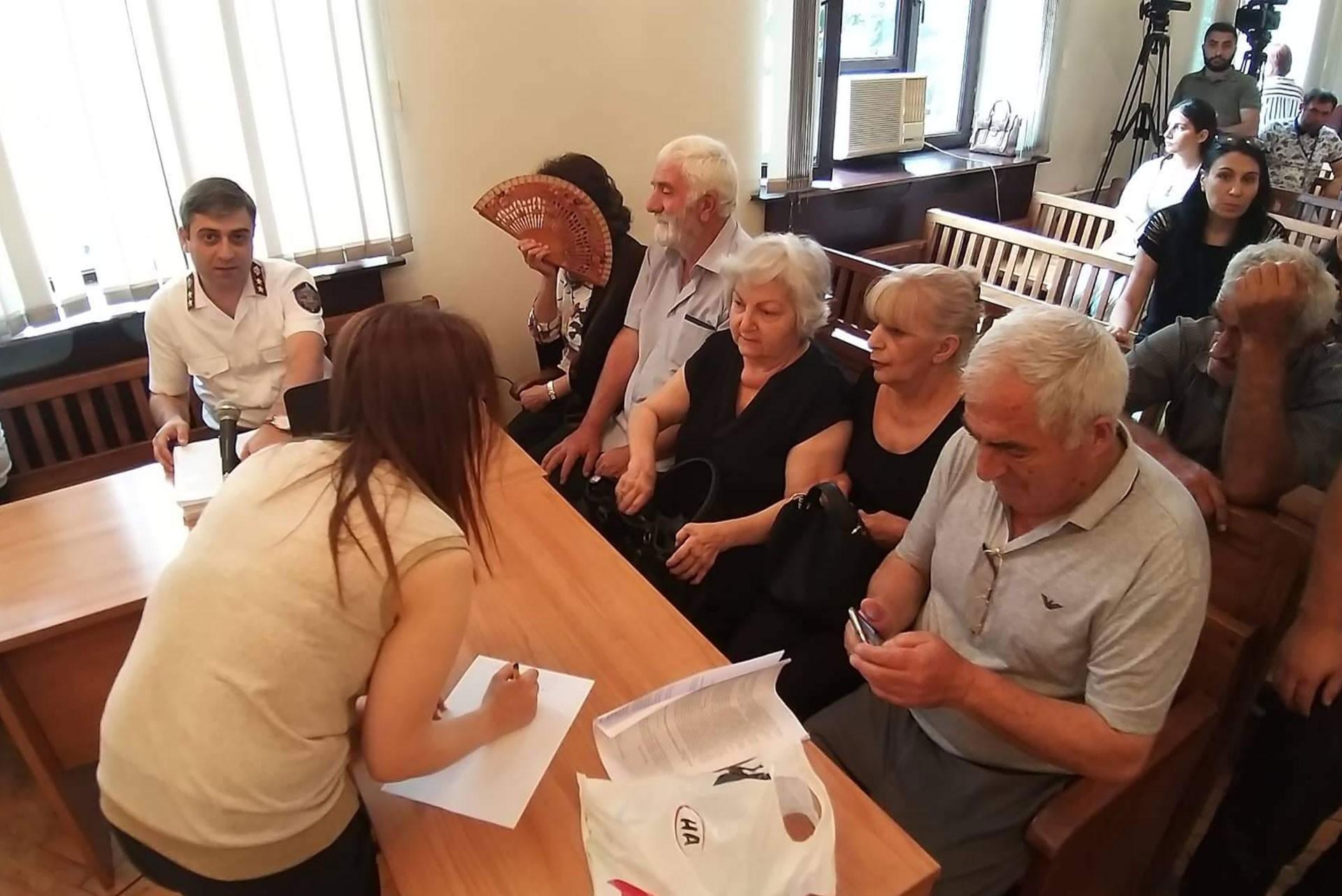 Relatives of March 1, 2008 Victims Show Up at Kocharyan Trial

Relatives of six people killed during the March 1, 2008 post-election protests in Yerevan were in the courtroom today to hear Criminal Appeals Court Judge Arsen Danielyan review a lower court’s decision to release ex-Armenian President Robert Kocharyan and send the entire usurpation of state power case to the Constitutional Court.

Kocharyan, released from pre-trial detention on May 18, was absent from the courtroom today.

Armenian Prosecutor General Artur Davtyan was in court and was scheduled to argue that the lower court’s decision should be overruled.

The three other defendants in the March 1, 2008 usurpation of state power case are Armen Gevorgyan, (who was Armenia’s National Security Council Secretary at the time), then Armenian Deputy Minister of Defense Yuri Khachaturov and Seyran Ohanyan, who was Chief of the General Staff of the Armenian Armed Forces in March 2008.