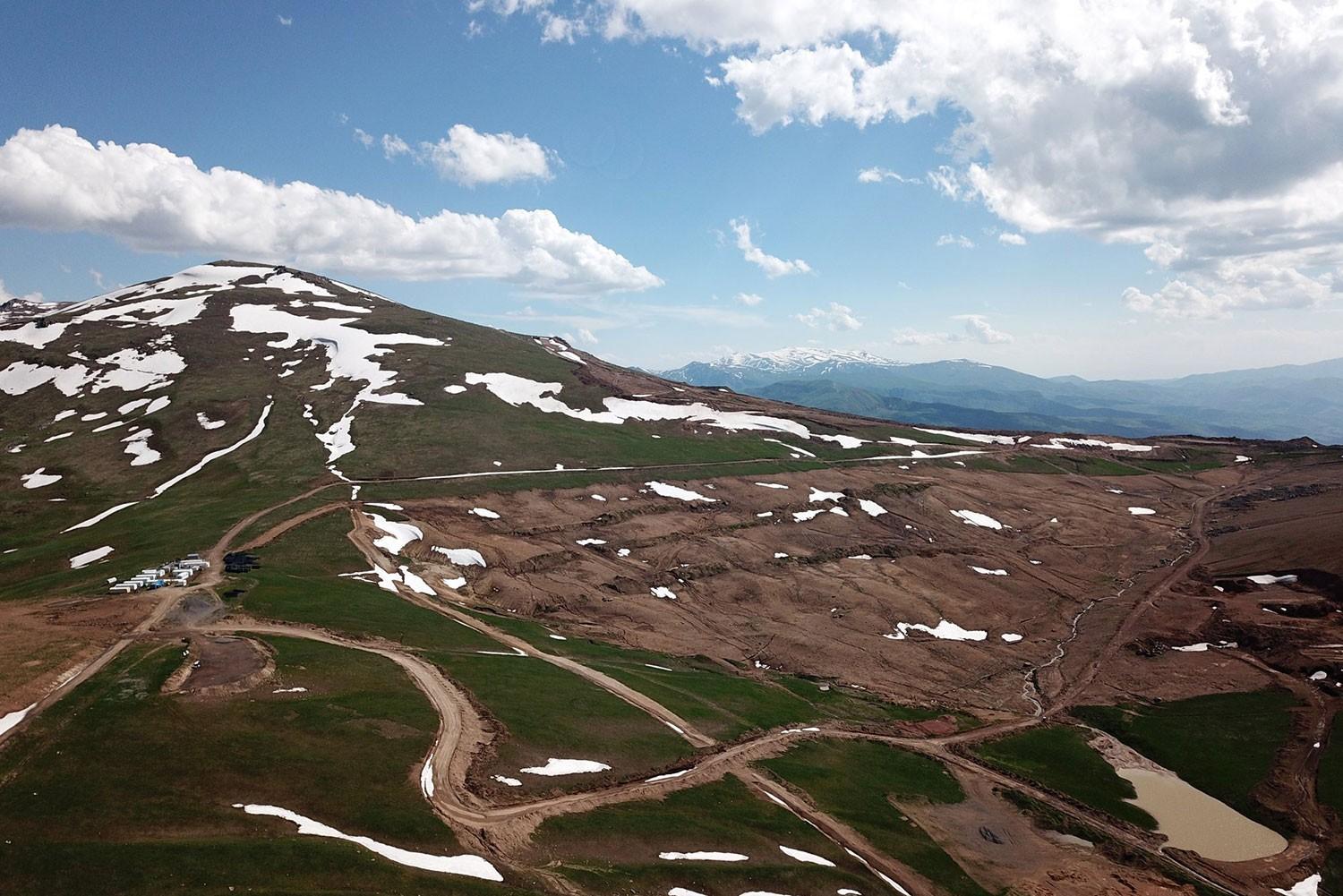 Amulsar Appeal: Mine Opponents Urge Ambassadors to Withdraw Their Support

The following appeal, signed by several NGOs and individuals opposed to the Amulsar mine, has been sent to the Ambassadors of the U.S., Great Britain and Sweden to Armenia.

H.E. Mr. Ulrik Tideström, Ambassador of the Kingdom of Sweden to Armenia

APPEAL TO THE AMBASSADORS

We are a group of concerned Armenian citizens, diasporan Armenians and expatriates, comprised of professionals, employees of the public sector, entrepreneurs in the private sector, tradespeople, villagers, farmers and virtually every other demographic sector of Armenia.  As a genuinely representative group of Armenians we beseech your attention and action concerning the ongoing social struggle taking place regarding the Lydian mining operations in Amulsar.

The history of Lydian Corporation’s interest in establishing an open pit mine in Amulsar is undoubtedly well known to you, as the United States and British governments, for some time now, and the Swedish government - recently, have supported this venture.  During the entirety of this process there has been ongoing opposition to the project on the grounds that the mine represents a dire threat to the health of local residents as well as to the regional environment.  In addition, those opposed to the mine have repeatedly warned of the dire long-term adverse economic consequences as a result of the mine, leaving behind a region completely bereft of employment opportunities and an environment denuded of its flora and fauna.  Perversely, residents will also be shackled with the multiple burdens of dealing with a pit scar, tailings dam and a barren rock storage facility. It is believed that gold mining in Amulsar will result in contamination of the underground water resources of Jermuk, which have for many decades been used for medicinal purposes. Its location in the watershed of Lake Sevan is considered to be a pollution threat to the biggest freshwater reservoir in the region – Lake Sevan. These are generational burdens that will exist long after every living Armenian has long since departed this corporeal existence.

Noteworthy is the fact that the citizens of Jermuk, the largest affected community, were never consulted on the exploitation of the neighboring mine. Other communities, such as Gndevaz have expressed their opposition to the project since 2011 understanding rather well the consequences of mining for their fertile agricultural lands and their everlasting loss. In 2014 the local people applied to the complaint bodies of the investing financial institutions – the International Financial Corporation’s (IFC) and the European Bank of Reconstruction and Development (EBRD) to stop the support to the mine. It is believed that  complaints eventually resulted in the withdrawal of the IFC from the project, though EBRD continued its participation in the mining project. Since 2015 there have been several court cases against the mining project by the communities as well as environmental non-governmental organizations, which however did not have positive outcomes so far given the dependence and corruption of courts. Instead, some other cases were filed by Lydian against the local people for their mere desire and fight to maintain their living environment.

Since June 2018, with the revived belief in the dominance of democratic values in the country, following the revolution, the residents surrounding Amulsar took the initiative in their hands and closed the road to the mine. From November of 2018, they have democratically collected petitions and adopted community council decisions against any metal mining in their areas.

Since 2018, there has been a renewed interest in revisiting the process by which the mine received its license to operate.  These processes encompass the legal processes followed as well as the conducting of the requisite environmental and social impact assessment (ESIA) and environmental impact assessments (EIA).  Questions have been raised in both the legal and scientific arenas, whereas due process was not followed, violating the RA constitution and environmental legislation. A criminal case was filed against officials of the Ministry of Nature Protection, who allegedly gave permission to the Amulsar mining project while simultaneously withholding critical information about the hazards of the mine. The Investigative Committee of Armenia contracted ELARD (Lebanon) that worked with TRC (USA) to complete a review of Lydian’s original ESIA.

ELARD-TRC provided a report Environmental and Social Impact Assessment Review: Independent 3rd Party Assessment of the Impacts on Water Resources and Geology, Biodiversity and Air Quality,[1] which is staggering in its implications.  ELARD-TRC has clearly demonstrated that the original ESIA is replete with omissions, inconsistencies, inaccuracies, false and fraudulent reporting and a host of other spurious inclusions which, totalled, can best be described as “unscientific”.  To the question from the government "Taking into account the location of Amulsar mine, its geographical position, adjacent residential and health resort areas, can the exploitation of the mine with all of its processes of open pit mining, heap leaching and barren rock storage facility, be conclusively considered safe, and if not, what type of environmental damage can this result in?, ELARD-TRC response is the following: “The ESIA/EIA assessments are deficient and corresponding conclusions are unreliable. Accordingly, the question of whether exploitation of the ore deposit can conclusively be considered safe cannot be answered.” We invite you to read the report[2] to verify the rather strong denunciation we just imparted.

The ELARD-TRC assessment commissioned by the Investigative Committee details page after page of inaccurate scientific processes, which indeed questions the expediency of the project. However, the actual decision on whether this mine should even exist is now of a political nature and has to be made by Prime Minister Nikol Pashinyan, who most certainly is affected by the opinions of the governments of the United States, Great Britain and Sweden.

Your Excellencies, we respectfully beseech your assistance on this matter. We understand that it is one of your duties to support business efforts of your countries’ companies in Armenia.  We also understand that your Embassies have been a supporter of Lydian both prior to, and post, the regime change.  We further understand that the basis of this support was the existence of an environmental impact assessment conducted by an American company, which supposedly provided reliable assessment.  Now we ask that you revisit this support in light of the exposure of the scientific flaws in the original report.  We believe that the original report, presenting itself as scientifically valid, borders on malfeasance and ask that you also view it from that perspective. The Embassy’s duties do not require you to support a business venture that willfully misrepresented itself and its findings.

Perhaps it would be fairer to put into a context of being in the United States or Great Britain or Sweden.  Would any license to operate an open pit mine, in your backyard, ever be granted on the basis of incomplete, inaccurate and fraudulent ESIA?  We know the answer to this is “no” and ask that this standard be applied to the citizens and residents of Armenia.  To do otherwise sends a clear message to Armenians that the United States, British and Swedish governments believe Armenians could and should settle for lower standards than US or British or Swedish citizens.

Armenia is at a turning point in its short history as a Republic, which way it turns can be influenced in a positive or negative way by countries such as the United States, Great Britain or Sweden. We have the greatest respect for your countries’ adherence towards due process and rule of law and hope, when it comes to the Armenian people, you provide them the same opportunity.

We respectfully request that you withdraw support of the Amulsar mine based on the lack of due process in the granting of the mining license to Lydian, based on the scientific evidence presented by ELARD-TRC.

We request that you as Ambassadors of western democracies stand by high environmental standards for people in Armenia and with human rights values. Your governments have invested significantly in the democracy building in Armenia. This is our test for today’s democracy and, hence we expect to receive Your understanding and Your support for it rather than support for narrow and dishonest corporate interests, which have been pushed forward aggressively so far by Lydian violating laws, destroying the morale of the local people and presenting deceptive and misleading information to decision-makers.

The Appeal is open for additional signatures.