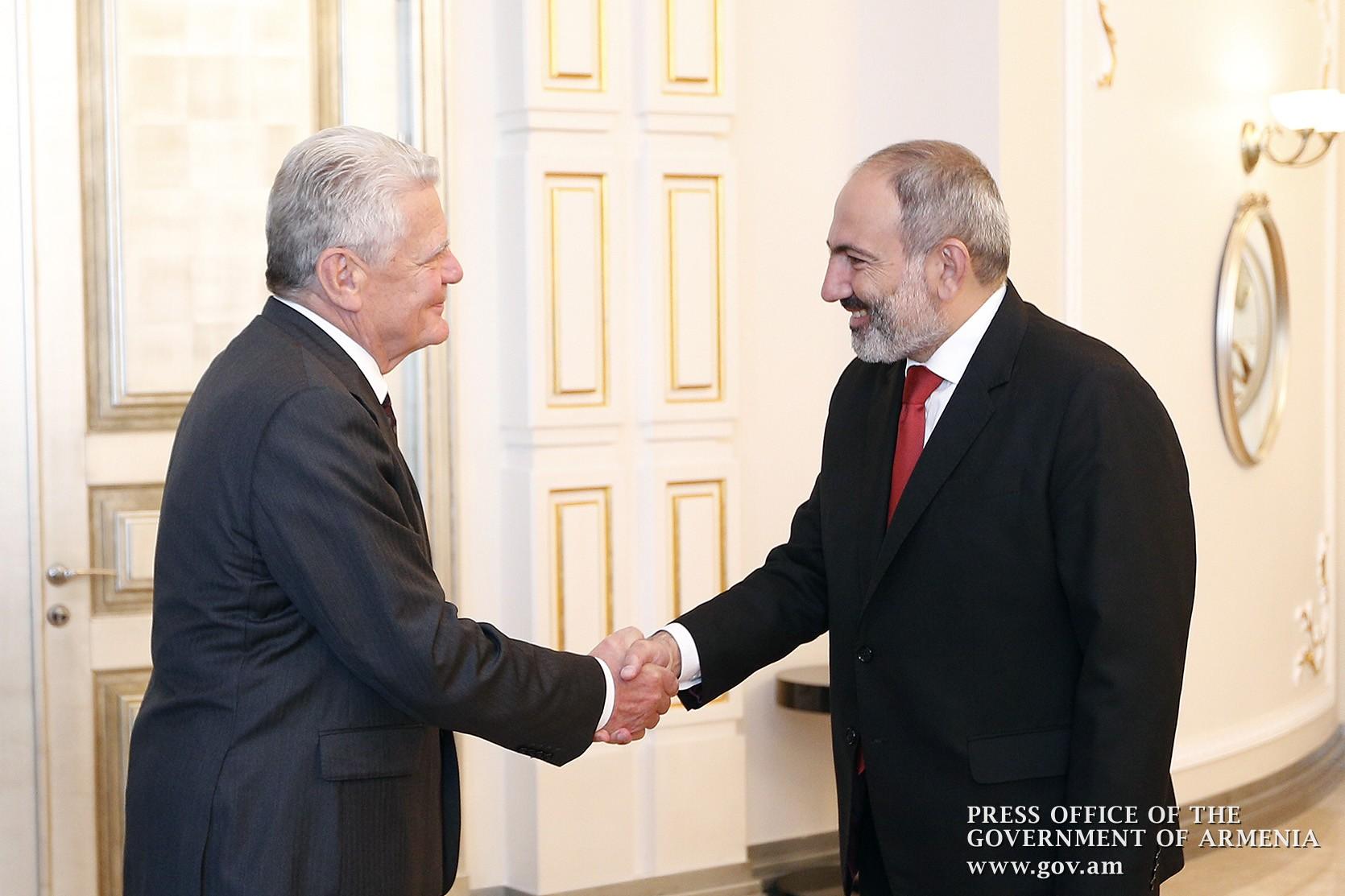 Armenian Prime Minister Nikol Pashinyan today, in Yerevan, met with Joachim Gauck, who served as President of Germany from 2012 to 2017.

Gauck is on a private visit to Armenia.

“In Armenia you are perceived as a friend of the Armenian people.  This is due to your actions over the years.  We note that your 2015 statement on the Armenian Genocide in 2015 was the starting point, as a result of which the German Bundestag adopted a resolution on the recognition of the Genocide,” Pashinyan said, and emphasized Mr. Gauck's work in the field of human rights protection.

Pashinyan emphasized that as a result of the 2018 non-violent, velvet people's revolution serious democratic changes are taking place in Armenia

“Many now ask how the revolution took place without casualties. The answer is simple. Our revolution was based on Christian values ​​that allowed change to take place without upheaval,” Pashinyan said.