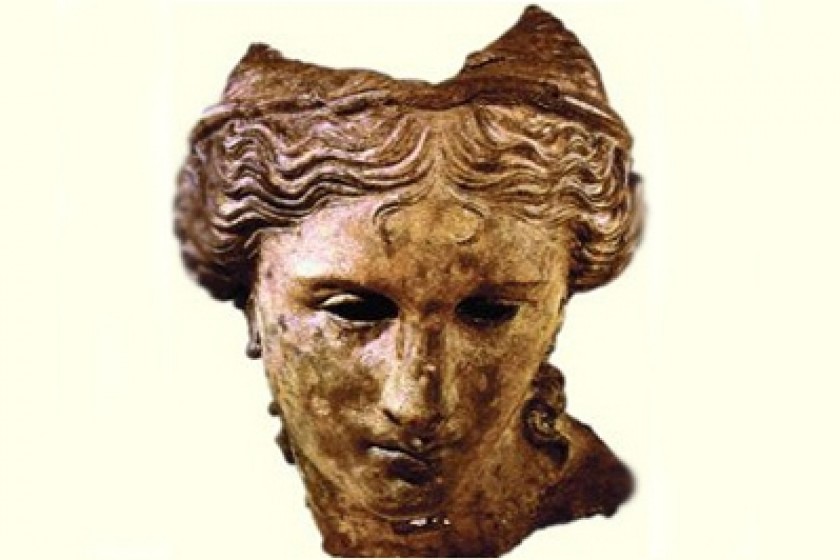 A group in Armenia is calling for the return of a bronze head found in 1872 in the town of Sadak (ancient Satala) in north-eastern Turkey purported to depict the Armenian goddess Anahit.

The head was eventually sold to the British Museum. The Youth Fund of Armenia has written to the British Ambassador in Yerevan, requesting that he convey their message to authorities in London. The Fund states that a petition drive will be soon be launched to this end,

The statue has been identified as a nude Aphrodite, her left hand pulling drapery from a support at her side, like the famous statue of Aphrodite at Knidos by the fourth-century sculptor Praxiteles. It has also been suggested that the statue represents the Iranian goddess Anahita, who was later assimilated with the Greek goddesses Aphrodite and Athena.

The size of the head suggests that it came from a cult statue, though excavations made at Satala in 1874 by Sir Alfred Biliotti, the British vice-consul at Trebizond, failed to discover a temple there. The statue may date to the reign of Tigranes the Great, king of Armenia (97-56 BC), whose rule saw prosperity throughout the region. The thin-walled casting of the bronze head suggests a late Hellenistic date.