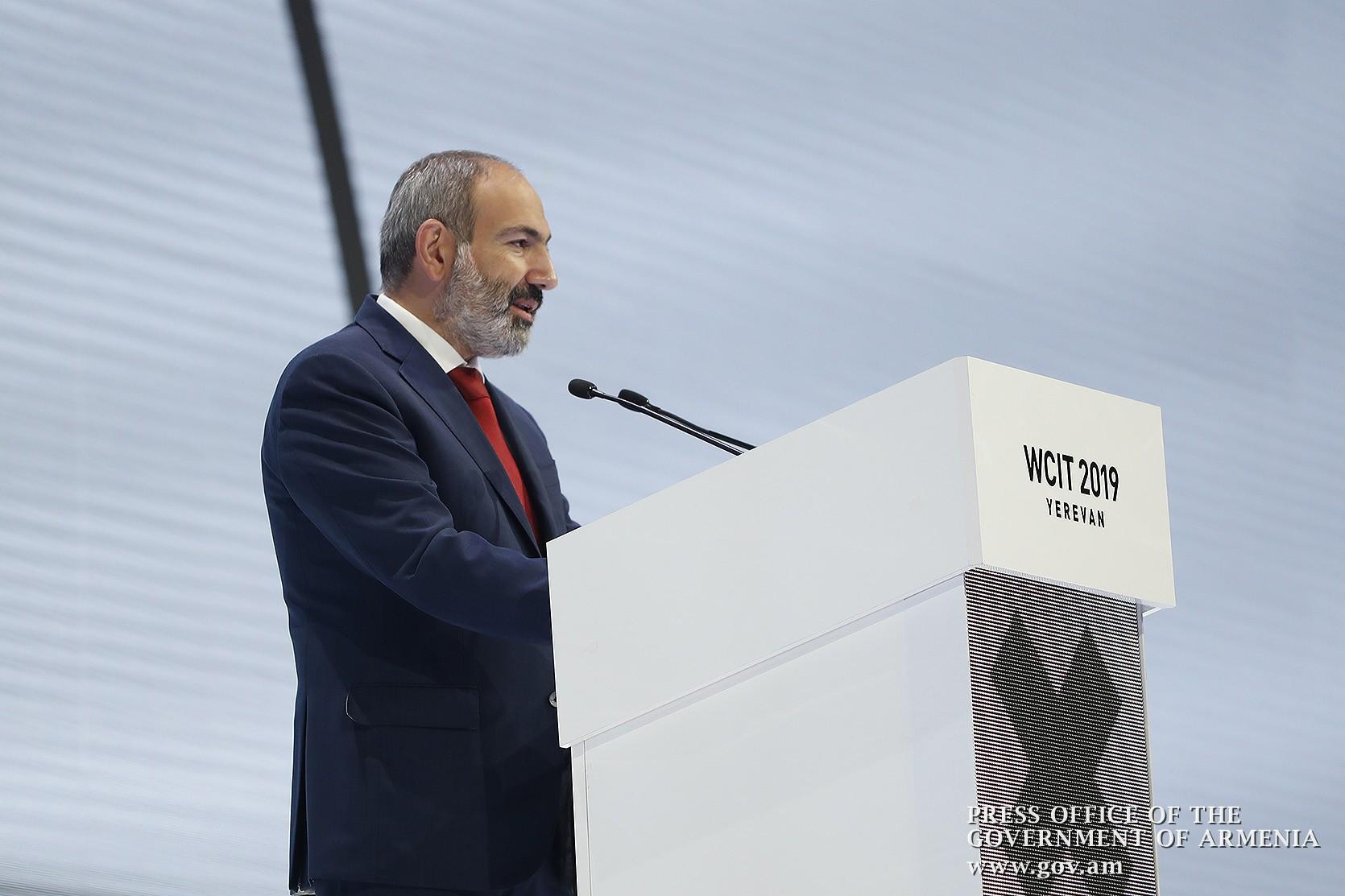 Pashinyan Attends Opening of 23rd World IT Congress in Yerevan

WCIT is the world’s largest IT event, which this year is being held in Yerevan. More than 2500 leaders, innovators, politicians, researchers, art figures and show business stars from 70 countries are in attendance.

The following is the official government translation of Pashinyan’s remarks.

Welcome to the opening of this forum of global significance, which is being held in Yerevan, the capital of the Republic of Armenia.

Hosting such a major event is a great honor and pleasure for us, because it is a great opportunity to talk to you and to the international community about our strategy to make Armenia a high-tech country, and I hope that during your stay in our country you will feel the huge tide of energy and the atmosphere that came to Armenia after last year’s non-violent, velvet, popular revolution.

I would like to emphasize that decentralization was behind the revolution, due to which Armenia became a center of democracy on the world map. We set the goal of implementing a decentralization-driven economic breakthrough shortly after the political revolution, since we considered that each citizen’s personal effort and personal initiative was what mattered most in succeeding an economic revolution.

The above instills strong confidence that the economic revolution in Armenia will in turn lead to a technological revolution, and we will be able to make Armenia one of the leading technological and innovative countries in the world - a true technological hub. This goal seems to be quite feasible considering that many Armenians gave birth to well-known technological innovations.

In 1853, Hovhannes Ghukasyan, a Polish-Armenian pharmacist and a petroleum industry pioneer invented the modern kerosene lamp that ushered in the era of technological enlightenment.

In 1854, Christopher Ter-Serobyan created the U.S. dollar’s green color that is deemed to be exceptional as it cannot be faked.

In 1911, another Armenian innovator, Gabriel Kazanchyan, created the hair dryer.

In 1916, Stepan Stepanyan developed the mechanical concrete mixer that is as much commonplace in the modern world as a the hair dryer.

In 1930s, Hovhannes Adamyan formulated the algorithm and the technology that enabled the creation of color television sets. The modern world is hard to imagine without the color TV, dollar greens, hair dryers, or a mechanical concrete mixer.

In 1939, Luther Gevorg Simijyan created the well-known ATM, which is as much popular in the modern world as the dollar, the hair dryer, the mechanical concrete mixer, the color TV, and the automatic transmission.”