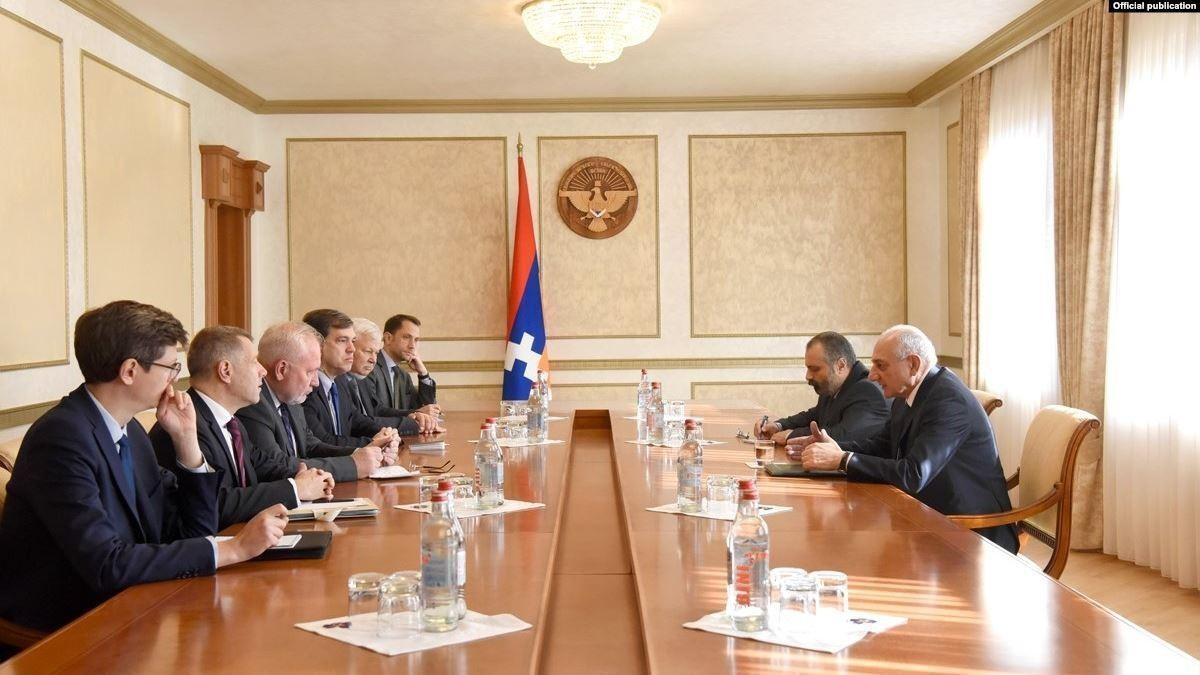 The following press statement was released by the OSCE.

YEREVAN / BAKU, 17 October, 2019 - The Co-Chairs of the OSCE Minsk Group (Igor Popov of the Russian Federation, Stéphane Visconti of France, and Andrew Schofer of the United States of America), together with the Personal Representative of the OSCE Chairperson-in-Office (PRCIO) Andrzej Kasprzyk, visited the region from 14 to 17 October.

The two leaders briefed the Co-Chairs on their recent conversation during the CIS summit in Ashgabat and presented their ideas on how to advance the settlement process. The Co-Chairs welcomed the prospect of implementing specific humanitarian and security measures to prepare the populations for peace and reduce tensions.

The Foreign Ministers confirmed their intention to meet again under Co-Chair auspices before the end of the year.

The Co-Chairs will travel soon to Vienna to brief the OSCE Permanent Council and the members of the Minsk Group.