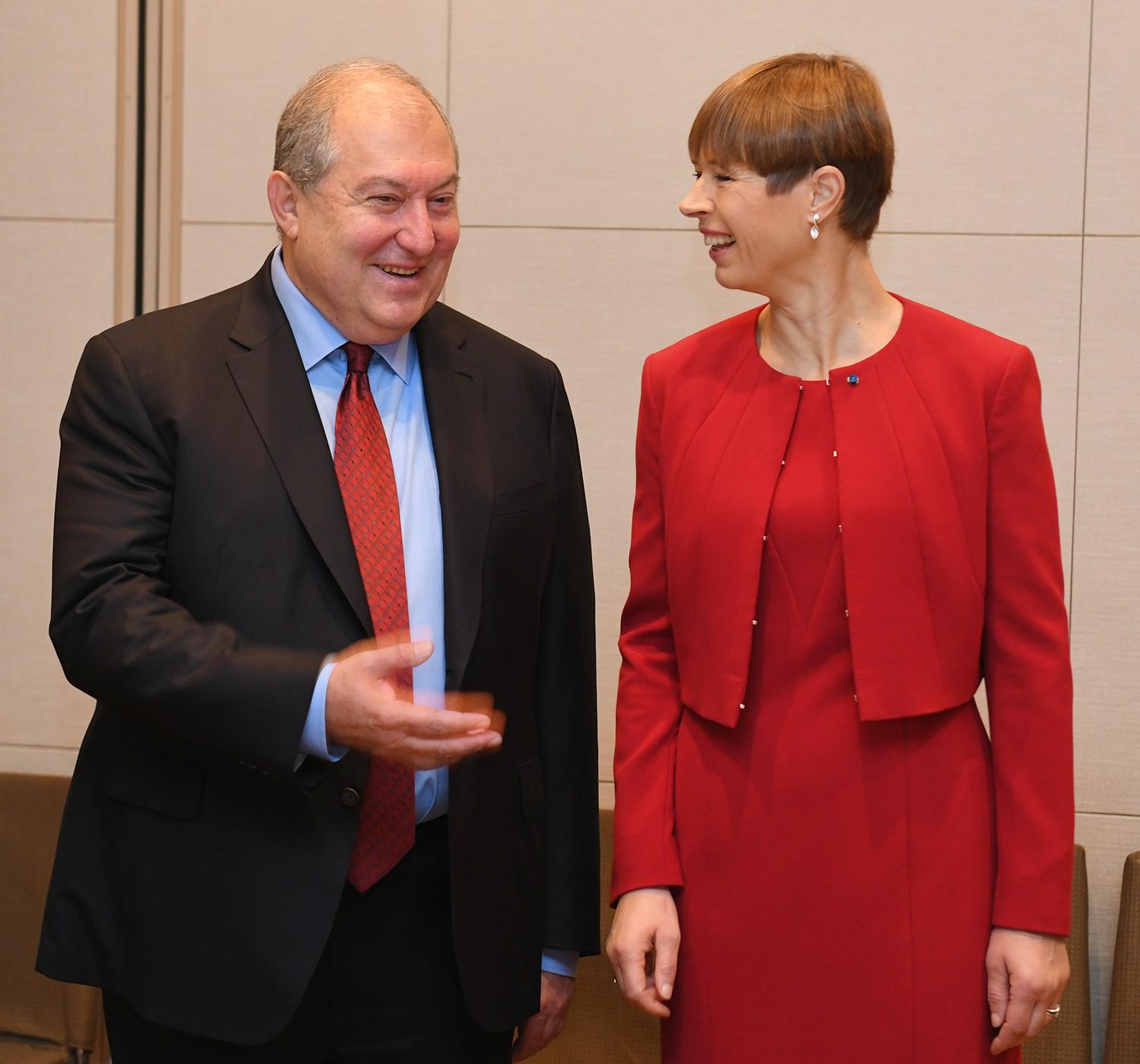 Today, during his working visit to Japan, Armenian President Armen Sarkissian met with the President of the Republic of Estonia Kersti Kaljulaid.

The two are among the scores of presidents and prime ministers who have traveled to Japan to attend the enthronement ceremonies for Japan's new emperor Naruhito.

Sarkissian’s website reports that the two presidents discussed opportunities for expanding mutually beneficial cooperation, agreeing that the potential is great, and the two countries can successfully cooperate in several areas.

President Sarkissian said that Estonia's path and experience gained in various sectors can be interesting and useful for Armenia.

The two presidents also referred to the Armenia-EU agenda, especially cooperation within the framework of the Eastern Partnership.

President Kaljulaid wanted to know what Sarkissian’s position was on the situation in the north of Syria.

President Sarkissian said that due to its historical ties to the Middle East and the presence of the Armenian community in the region, Armenia has always been attentive to the processes taking place in the region and is seeking to contribute to humanitarian initiatives.

Expressing concern over the current situation, the Armenian President said that the international community should take effective measures to stop Turkey's actions and protect Syrian citizens, including national minorities and their rights, along the Turkish border.

During his working visit to Japan, President Armen Sarkissian will hold bilateral meetings with presidents and prime ministers of different states.