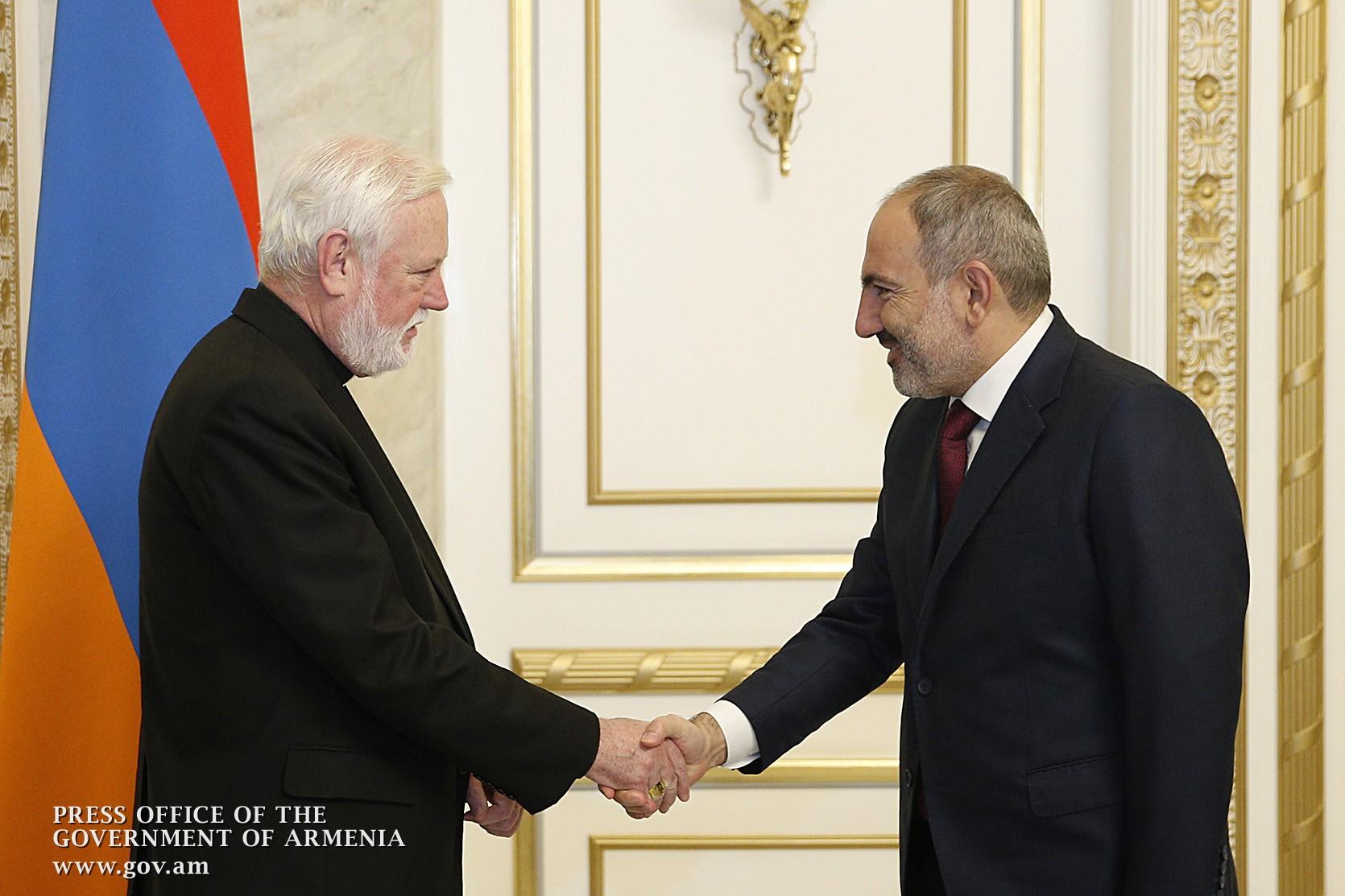 Pashinyan, according to an Armenian government press release, welcomed Gallagher's visit to Armenia and expressed confidence that it would give new impetus to the further development and strengthening of relations between Armenia and the Vatican.

Pashinyan emphasized that the Armenian government is interested in deepening bilateral relations with the Vatican, stressing that the strong Armenian-Vatican spiritual and cultural historical ties are a good basis for further cooperation.

The Vatican diplomat noted that the Holy See also highly appreciates the historical ties with Armenia and noted the Pope's cordial feelings towards the Armenian people.