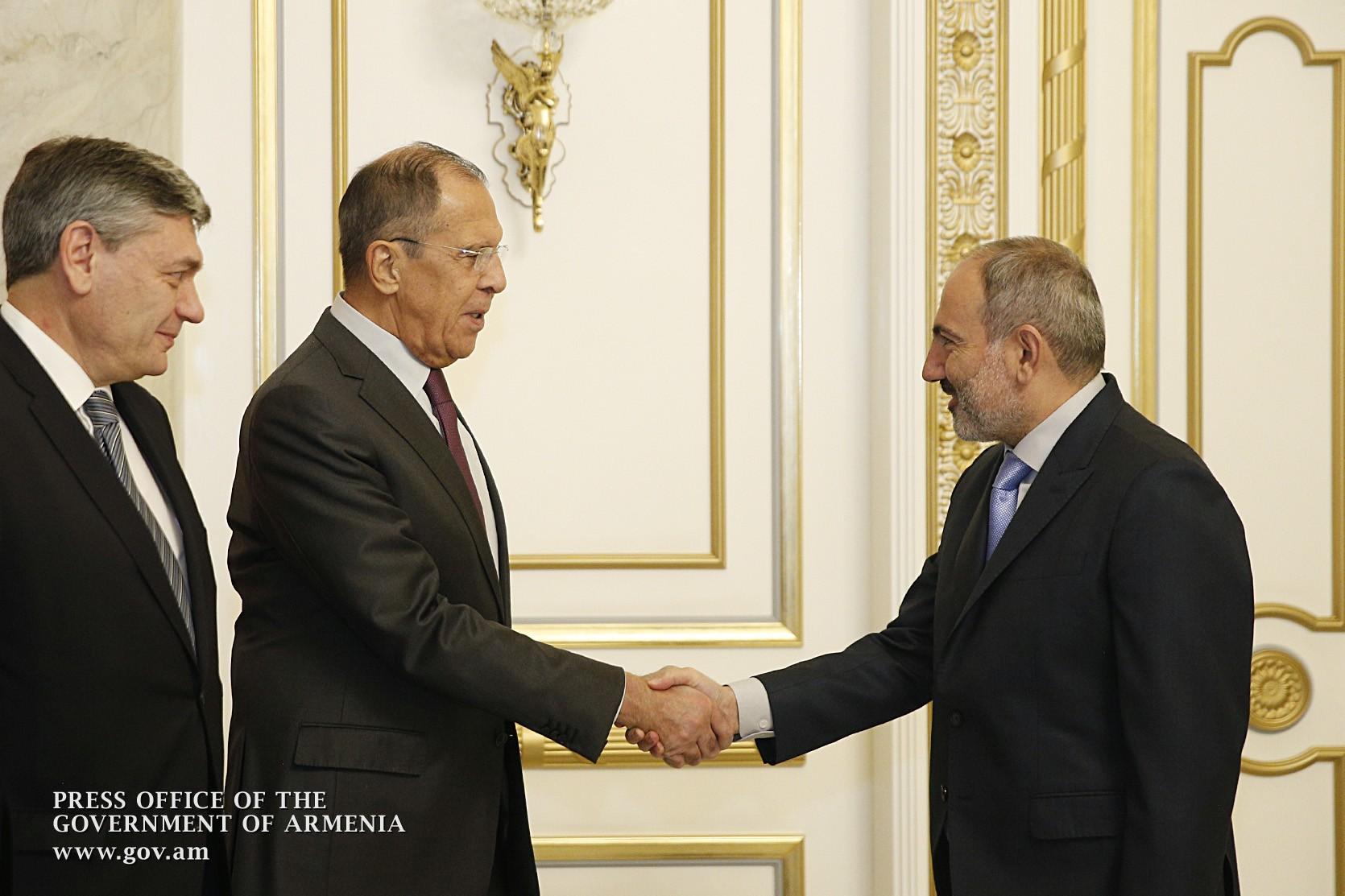 The following is an Armenian government press release on the meeting.

Greeting the Russian Foreign Minister, Nikol Pashinyan said: “Last time you paid an official visit to Armenia two years ago. Fundamental changes have taken place in our country ever since, and I want to state that the changes imparted fresh impetus to our bilateral relations. After being elected Prime Minister of Armenia, I had several meetings with the President and the Prime Minister of Russia. Over the past one and a half years, I enjoyed opportunities to host the Russian President and the Prime Minister in Yerevan. Your Defense Minister was in Armenia a few days ago; many high-ranking officials are visiting our country, and I think that our relations are showing a new dynamic. We recently arranged that I will pay an official visit to Russia next year, followed by the Russian leader’s official visit to Armenia.”

“I think, it was an unprecedented event with its scale, and I am very happy that during our chairmanship we signed trade arrangements with Singapore and Serbia, the free trade agreements with Iran and China came into effect. Our economic relations are developing successfully, and we hope the trade turnover will reach the mark of USD 2 billion this year, which is a very good result. All this comes as a strong signal for the furtherance of strategic, allied relations between our two countries. I am confident that your visit will give a new impetus to our allied relations, and of course, as you announced recently, I am also optimistic about the further development of our relations. I am happy to once again welcome you to Yerevan,” Nikol Pashinyan Pashinyan said.

Thankful for the reception, the Russian Foreign Minister conveyed warm greetings on behalf of the President and the Prime Minister of the Russian Federation. “You met with the Russian President and the Prime Minister four times this year. There are close working contacts established between economic agencies. As you mentioned, other agencies, too, are closely cooperating. Recently our Defense Minister, Healthcare Minister, State Duma Speaker were in Armenia, which means that we have close contacts in all directions,” Sergey Lavrov said, noting that the Armenian-Russian interregional forum will take place soon.

“We are also pleased with the development of bilateral trade turnover, which is on the rise now. Russia is Armenia’s key economic partner, the first investor in Armenia’s economy. Our cooperation within the Eurasian Economic Union, the Collective Security Treaty Organization and the Commonwealth of Independent States is kept in the spotlight, and we congratulate Armenia on its very effective chairmanship in the EAEU. A landmark event - the CSTO Summit - will take place in Bishkek in a few weeks, where we should push ahead with our cooperation in the fields of military-political security and allied partnership,” the Russian Foreign Minister said.

Thereafter, Armenia’s Prime Minister and the Russian Foreign Minister discussed issues on the bilateral agenda, with special emphasis placed on the political and economic interaction. The sides exchanged views on regional issues, including the settlement of the Nagorno Karabakh conflict.

Nikol Pashinyan and Sergey Lavrov highlighted the peaceful settlement of the Nagorno-Karabakh conflict in the OSCE Minsk Group format and the need to implement humanitarian projects for forming an atmosphere of mutual trust between the conflicting sides.