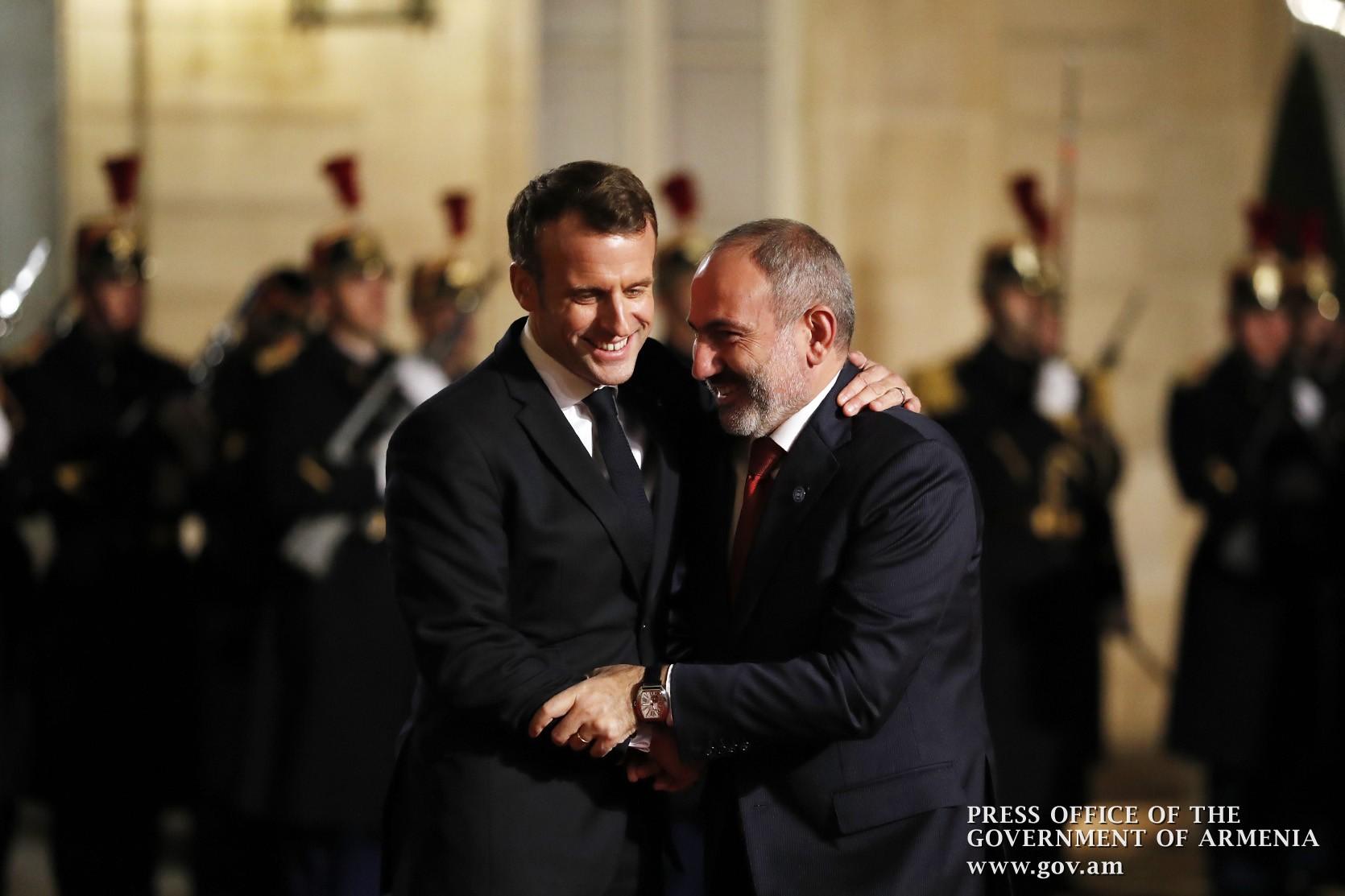 Arriving in France on November 11 to attend the Second Paris Peace Conference and the 40th UNESCO General Conference, Armenian PM Nikol Pashinyan, accompanied by his wife Anna Hakobyan, attended an official reception hosted by French President Emmanuel Macron in honor of the heads of state and government participating in the Second Paris Peace Forum.

The Prime Minister of the Republic of Armenia was met by Emmanuel Macron at the Champs Elysees.

As part of his visit to Paris, the Premier will visit the Office of the Organisation Internationale de la Francophonie to meet with OIF Secretary General Louise Mushikiwabo. The Prime Minister and his spouse are scheduled to call at UNESCO Headquarters to take part in the proceedings of the 40th UNESCO General Conference. Prime Minister Pashinyan will deliver a speech during a panel discussion. The Premier will next meet with UNESCO Secretary General Audrey Azoulay and will give an interview to UNESCO Press Office.

During his visit, Mr. and Mrs. Pashinyan will meet with the heads of local Armenian community’s spiritual and secular organizations. An official reception will be held in honor of the couple.