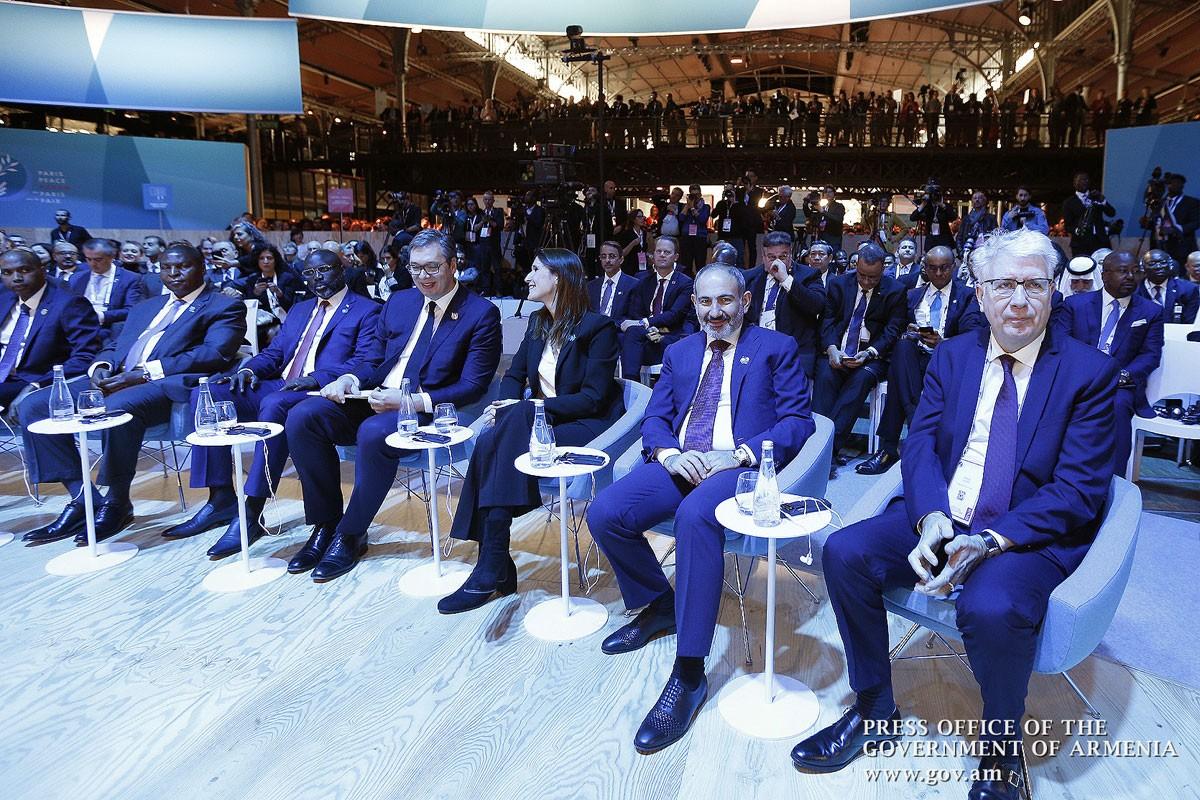 Armenian Prime Minister Nikol Pashinyan, now in France on a working visit, attended the Second Paris Peace Conference along with a host of heads of state and government.

Pashinyan, according to an Armenian government press release, presented Hayk Demoyan's book Le Sport, which is about Armenian sports and sports clubs in the Ottoman Empire, to the conference’s library as a symbolic gift.

Pashinyan noted that the book, through wonderful historical photographs, documents the sports clubs and sports achievements of Armenians in the Ottoman Empire before the 1915 Genocide.

Late yesterday, the couple attended an official reception hosted on behalf of French President Emmanuel Macron in honor of the heads of state and government participating in the Second Paris Peace Forum.