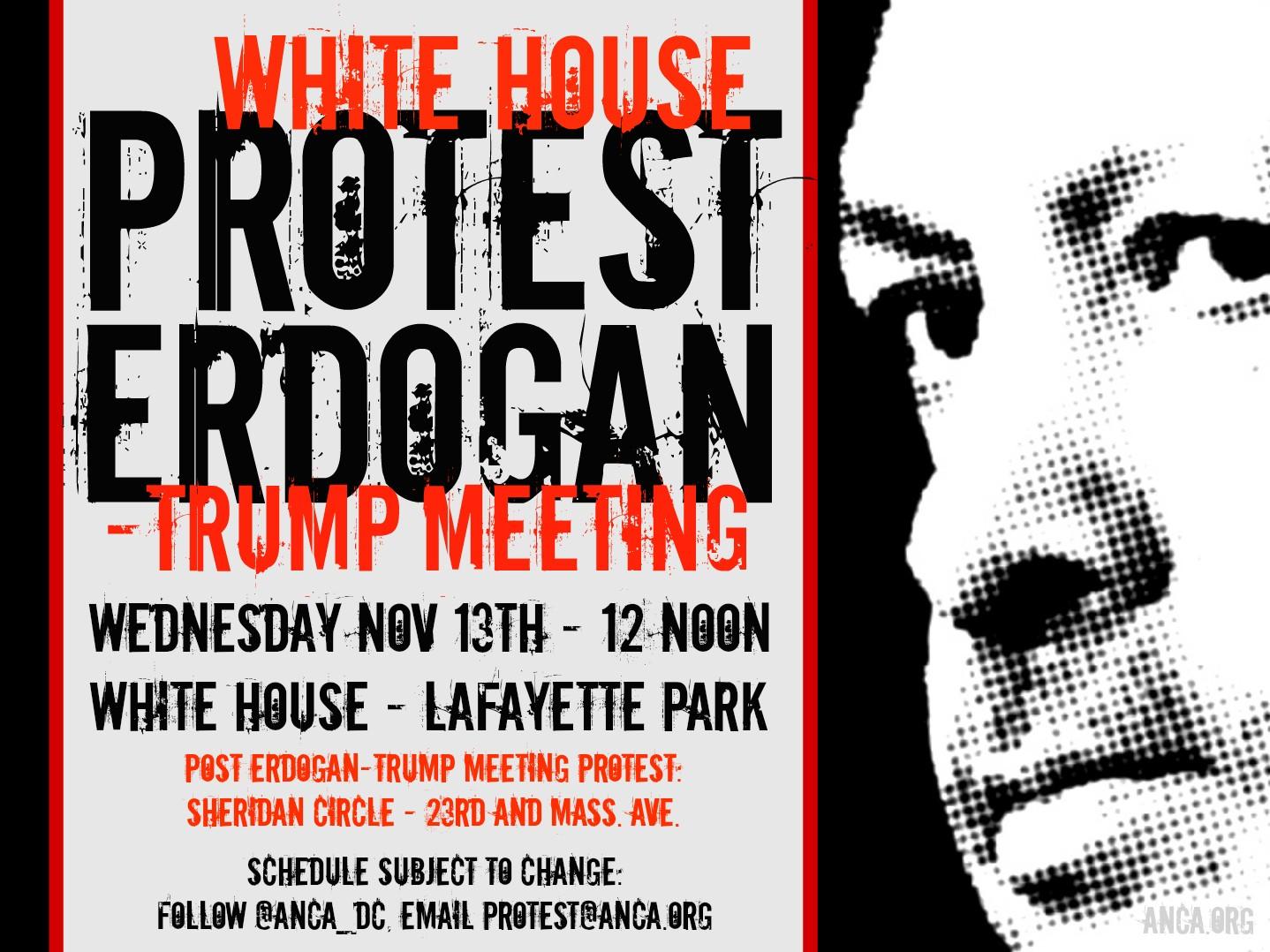 Groups including the Hellenic American Leadership Council (HALC), American Hellenic Educational and Progressive Association (AHEPA), American Hellenic Institute, In Defense of Christians, Armenian Youth Federation and American Rojava Center for Democracy are calling attention to a wide array Turkish transgressions from Ankara’s recent invasion of northern Syria to its ongoing crackdown against Kurdish communities, occupation of Cyprus, oppression of Christian and other minority communities, crushing of dissent, jailing of journalists, blockading of Armenia, and denial of the Genocide committed against the Armenian, Greek, Assyrian/Syriac/Chaldean, and Maronite nations.

“Turkey long ago walked away from NATO, turned its back on the US and yet still expects to have a veto over US policy on issues, and that needs to end,” ANCA Executive Director Aram Hamparian told the Jerusalem Post earlier today.  “Erdogan is extremely open about the direction he’s taking his country. And I think every aspect of our political system here in America, especially here in Washington, has woken up to this fact. But the last holdout is the White House. We’re protesting to help bring that to an end,” continued Hamparian.

The Trump-Erdogan meeting comes just two weeks after the U.S. House near-unanimous passage of the Armenian Genocide Resolution (H.Res.296), which establishes, as a matter of U.S. policy, 1) the rejection of Armenian Genocide denial, 2) ongoing official U.S. government recognition and remembrance of this crime, and 3) support for education about the Armenian Genocide in order to help prevent modern-day atrocities. Representatives Adam Schiff (D-CA) and Gus Bilirakis (R-FL) led the House effort, while Senators Bob Menendez (D-NJ) and Ted Cruz (R-TX) are spearheading the pending Senate measure (S.Res.150).

The protest is set to begin Wednesday, November 13th at 12:00 noon at Lafayette Park, across from the White House.  The timing of the White House protest is subject to change based on the Trump-Erdogan White House meeting schedule. Following the meeting, protesters will go to Sheridan Circle, the site of the May 16, 2017, protest where video evidence showed that President Erdogan ordered his security detail and supporters to attack peaceful protesters, sending multiple protesters, police and secret service to the hospital.