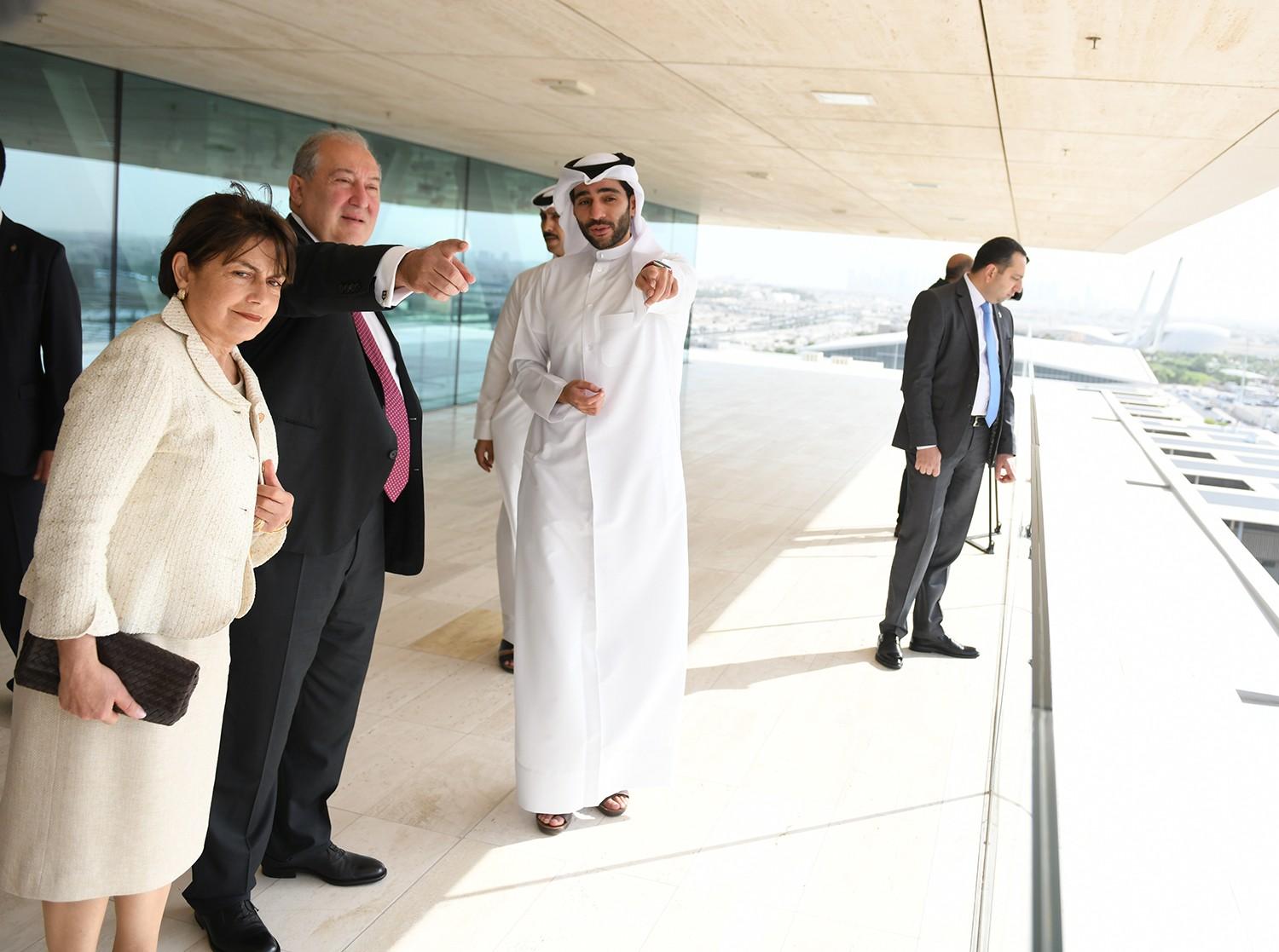 President of the Republic of Armenia Armen Sarkissian, who is in Qatar on an official visit, today visited the Qatar Foundation for Education, Science and Community Development.

Sarkissian, accompanied by his wife Noune, was briefed on the main directions and structure of the Qatar Foundation's activities and programs.

He was told that the Foundation seeks aims to assist the country "to become a knowledge-based economy by revealing human potential”.

After a tour of the Foundation, President Sarkissian met with the head of the organization and co-founder Sheikh Moza Bint Nasser al-Misnad, who described    the educational and scientific programs implemented by the Foundation and thanked the President of Armenia for attending the opening of the World Innovation Summit organized by the Foundation.

Expressing his impressions of the tour, President Sargsyan said the opportunities for cooperation are great because the two countries share common and overlapping interests. The President noted that his wish is to see Armenia as an educational, scientific innovation hub, to have a new type of education system based on innovation, to be modern and innovative, as the 21st century is a time of rapid change and to be able to adapt quickly to succeed to new realities.