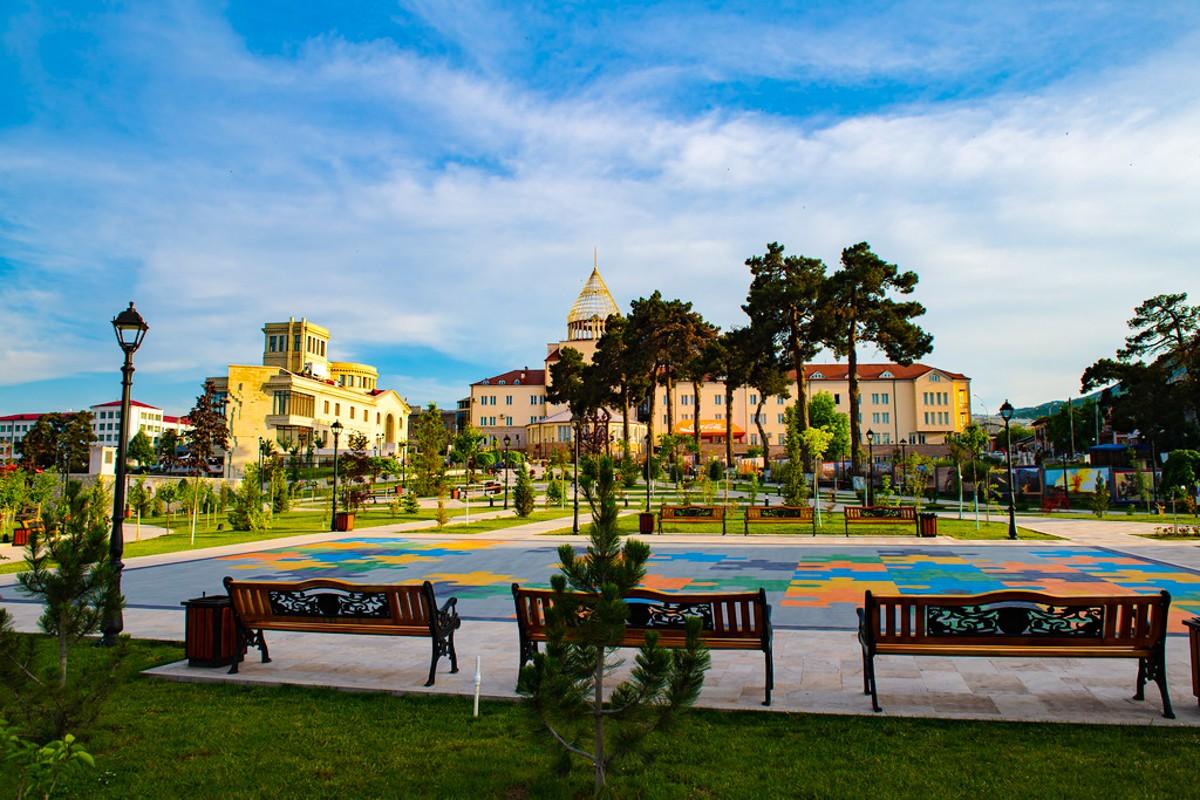 From War to Conflict (Nagorno-Karabakh)

The resettlement of Nagorno-Karabakh has long been announced as a priority by the Government of Nagorno-Karabakh. The need to resettle and strengthen the territories that were destroyed during the conflict is reflected both in official discourses, media and in decisions of the government to give incentives to those who are willing to settle in the internationally unrecognized republic.

These incentives include provision of houses or apartments, giving single payments for various occasions and for covering small expenses connected to resettlement process, offering state loans with low interest rates for agriculture, cattle breeding, cancelling payment for some housing expenses for five years and, finally, allocation of 0.6 hectares of land to each family member with the right of permanent use. The Department of Migration, Refugees and Resettlement in Nagorno-Karabakh is responsible for these processes. Over years people both from Nagorno Karabakh and different parts of Armenia (especially those living in poverty and difficult socio-economic conditions) participated in the resettlement program and were given land, mostly in remote areas that are less densely populated with enough free territory to cover the above-mentioned incentives.

Most of those Syrian-Armenians who agreed to participate in the program come from Qamishli where they worked in agriculture and could continue doing the same in NK. Even though there are Syrian-Armenians almost everywhere in Nagorno-Karabakh, the majority resettled in the largest region, Kashatagh - in Berdzor/Lachin, Kovsakan/Zangilan, Ishkanadzor/Khanlyk, Mijnavan/Minjivan, Dicmayri/Meshedismayilli. According to different sources, in 2013-2015 around 30 families from Syria resettled in Kashatagh region, however, it is unclear how many of these families still live there.

There are different opinions and positions regarding this process. For some, the resettlement of Syrian-Armenians is a failed attempt since the majority of Syrian-Armenians didn’t agree to resettle and even the incentives didn’t do much in attracting people. For some it’s not a failed attempt since there are still Syrian-Armenians who are willing to continue living in Nagorno-Karabakh. Many people I talked to agree that the expectations both in Armenia and Nagorno-Karabakh, especially among the governments, were higher regarding the number of those who would agree to resettle. It is a matter of debate whether both governments really managed to bring tangible changes and increase the number of population through resettling Syrian-Armenians. There has been good media coverage and help of diaspora-based organizations (for instance the Tufenkian Foundation) who help financially and do humanitarian work there.

During my visit to Nagorno-Karabakh I realized that in the complexity of this whole situation there’s another layer connected to the question of diasporan identity – Syrian-Armenian are direct descendants of Armenian Genocide survivors. Their grandparents were displaced from their homes and became refugees, who found a second home in Syria. Syrian-Armenians grew up in Syria with the idea of two even three homes (Syria, Armenia, Western Armenia[1]) and eventually were turned refugees almost like their grandparents. Now they found themselves in Nagorno-Karabakh as resettlers.

The time I spent with these people was not nearly enough to wholly understand all the little details and peculiarities, but it was enough to see how the above mentioned factors had impacted their political views and their identity as Armenians/Diasporans/Syrians and their understanding of home.

It is worth mentioning that our off-record conversations were different. On the record, their thoughts and responses started fitting in commonly accepted norms, their answers turned shorter and more direct (there was a language barrier for one of the interviewees since he didn’t speak Armenian well enough and I had to ask to translate my questions and his answers into Arabic). The same applies to those resettlers from Armenia with whom I had conversations about life in Nagorno-Karabakh. Unfortunately, I didn’t manage to interview any women there as those who I met were not ready or were unwilling to give interviews. 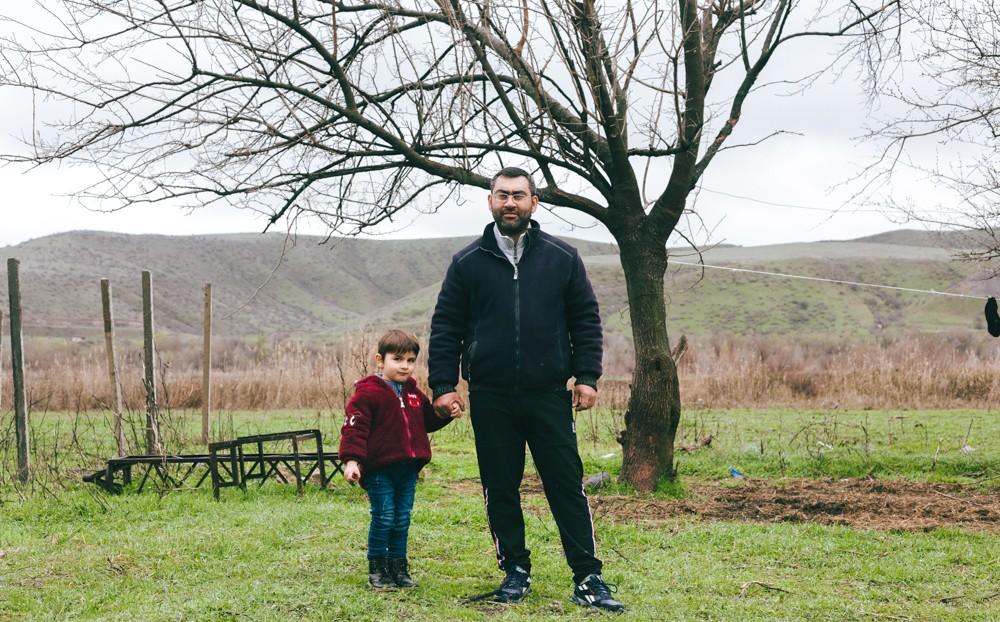 Artin Almazhian (34), from Qamishli, fought in the Syrian Armed Forces for 4.5 years before coming to Nagorno-Karabakh in 2015. Artin used to be an electrician, now he works in agriculture and cattle breeding. He got married in Nagorno-Karabakh and has a son. 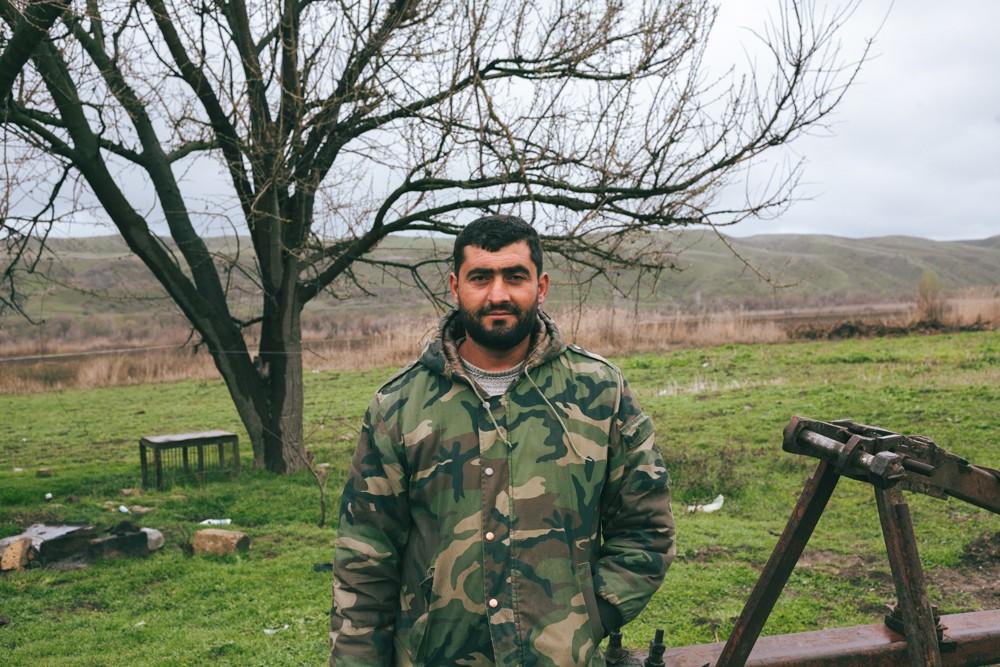 Hrach Hagop Arakel (31), migrated to Nagorno-Karabakh from Qamishli in 2012 with the help of his acquaintances. Hrach used to be a mechanic back in Syria. He is in Nagorno-Karabakh by himself; all his relatives stayed in Syria. Like Artin, Hrach works in agriculture and cattle breeding. 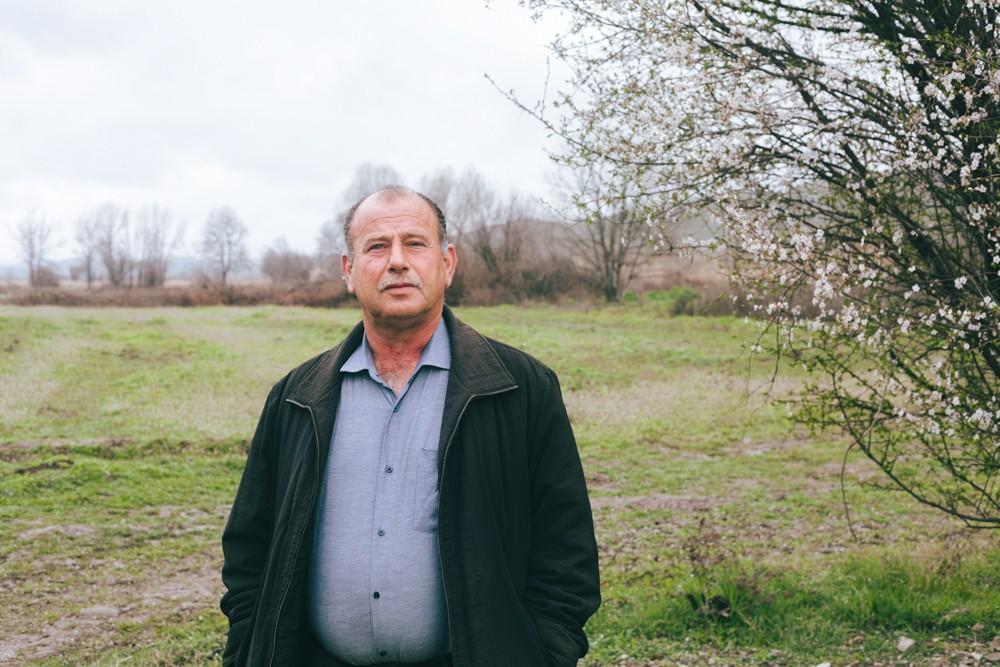 Haig Sarkis Khatcho (52), from Qamishli, migrated to Nagorno-Karabakh in 2015 with his three daughters. Haig is a neurologist and works in the only hospital in their village as a general practitioner. He was captured by Daesh (ISIS) and later freed, after which he decided to leave Syria. Apart from his main work, Haig also works in agriculture and cattle breeding, he has three ostriches and plans to enlarge his animal farm.

Do you feel at home in Nagorno-Karabakh?

What do you consider your homeland?

Artin
Homeland…it’s our wheat fields... wherever there are Armenians – is our homeland. Just like body of a person - Armenia is the head, Artsakh is the heart, Nakhichevan is the hand. We love all.

Have you ever thought of settling here in Nagorno-Karabakh?

Artin
I should have come here years ago. 90 percent of my family went to Europe, Canada and Australia. But I thought about coming to Artsakh, our homeland. I began thinking about it approximately 12 years ago. I was getting prepared little by little, but things got postponed. And the conflict started when I finished preparations to migrate. Then I went to the army, I was at war for 4,5 years, when the land-mine exploded, there was a problem with my leg, I can’t walk because of the explosion...

Hratch Hagop Arakel
Not to Artsakh but to Armenia.

Haig Sarkis Khatcho
Every year I was saying that next year I would go to Armenia. In the diaspora there is no distinction between Armenia and Artsakh, everything is Armenia. And it doesn’t matter where you live – in one of Armenia’s regions or in a village – it can be Artsakh, it can be Gyumri, it doesn’t matter.

What does the term conflict remind you?

Artin
This conflict… we have been fighting for 4 generations, since 1915 until now – fights in Syria, fights in 1915, Karabakh issue… our memory, our roots…

Hratch Hagop Arakel
When our grandparents were killed then… (1915)

Haig Sarkis Khatcho
If you ask any Armenian what is conflict, they will remember 1915 and the Armenian Genocide right away, our parents and grandparents told those stories. My father remembered when he was young how he escaped from murderers, he always used to tell us that story. Then you remember the conflict in Syria and war between Armenia and Azerbaijan. Everything happens in conflict.

Did you know about the conflict here?

Artin
Yes, I have known for a very long time, both big and small events, people know everything there. People came and saw everything themselves, saw what happened here – both good and bad, wrong and right.

Hratch Hagop Arakel
I didn’t know much about this issue before.

What was the most unusual thing to you when you arrived here?

Artin
The roads, they need to be reconstructed here, if there are good roads here, more people will come.

Hratch Hagop Arakel
Nothing, everything is good here.

Haig Sarkis Khatcho
When we came, it seemed like nothing was unusual here, we were very emotional to have managed to come to our homeland, we quickly connected with the people and land here. I didn’t have any difficulties communicating with people, it’s our people, after all. Maybe if I had moved to Aleppo I would have seen more unusual things than what I saw in Armenia, especially when I was a student here. ..Or, maybe the way people dress… we used to live in another environment, especially I lived under the Arab culture where women were covered. For me it’s unusual that women dress openly here, it’s connected to the general situation of the people. In the beginning of 90s there was no such things in Armenia either.

If there was one thing you could change here, what would it be?

Artin
The roads, it’s important. What if someone is ill, or maybe a soldier was wounded and there’s a need to take them to hospital, you saw the road yourself, you have to cross 50 km and travel for 2.5 hours to reach the hospital.

Hratch Hagop Arakel
I want Artsakh to unite with Armenia.

Haig Sarkis Khatcho
I would increase the prices for alcohol and cigarettes, so that people do not drink and start working. The wealth of the state depends on its people. We should stop complaining that we are poor and ask for help from the diaspora. We have to create, we should not rely only on diaspora, only diaspora cannot sustain us, we have to work, we have to create. I would only change this, so that people’s mindset turns to work, thus making the state prosperous.

What do you miss most back in Syria?

Artin
I miss everything in Syria, everything… The people – Syrians, are very nice people, they kept us, they helped Armenians grow, they helped us a lot. During the conflict many Armenians stood beside Syrians, lots of them died too, lots of our friends, my father was killed in Syria – he fought for 6.5 years and I fought for 4.5 years. We have no news from him at all, we don’t know where he is, he was near Deir ez-Zur, where Islamists were near the desert.
War is good neither for us nor for the enemy. We have families, they have families, wherever people keep the borders, I do not want to attack them, we learned the lesson well when they want to attack us.

Hratch Hagop Arakel
My relatives, all of them are there.

Haig Sarkis Khatcho
I have sisters and brothers in Syria, also in Germany and France and I miss them all a lot. My relatives, nothing else.

[1] Western Armenia is a term used to refer to the Eastern Anatolia region in current Turkey that was part of the historical homeland of Armenians.