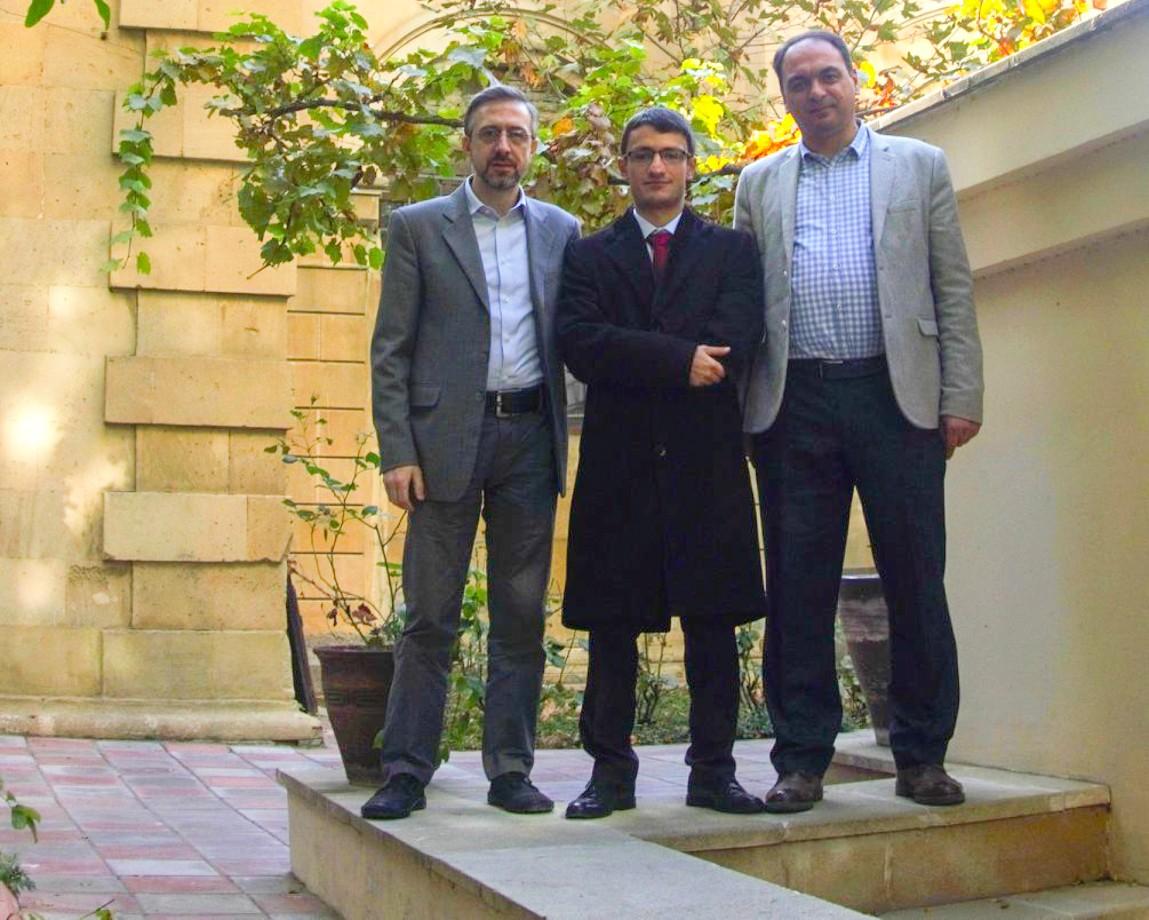 Three Armenian journalists recently traveled to Azerbaijan. They were (from left), Shant TVT host Artyom Yerkanyan, Edgar Elbakyan from Artsakh Public TV and Davit Alaverdyan - Chief Editor of Mediamax. They posted a picture together from Baku.

The journalists spent four days in Azerbaijan. They visited Baku, Quba and Ganja, and met with local journalists and civil society representatives.

“The journey back was very impressive. We took a train from Baku to Gandzak (Ganja-ed.) and from there by car to the Georgian border via Gazakh. This part of the trip and the whole four-day period gave us a tremendous amount of research material, both anthropologically and ethnographically," Elbakyan wrote on his Facebook page.

According to Armenia's Foreign Ministry, “The program was prepared and implemented under the coordination of the Personal Representatives of the OSCE Chairperson-in-Office and with the involvement of the relevant agencies of Armenia, Artsakh and Azerbaijan."

Earlier last month, news started circulating about mutual visits of journalists. Both sides, however, didn’t comment on the exact dates and names of the journalists.

Apparently, the whole process was implemented under secrecy, with very little or no transparency. There is no information on how, and based on what criteria, the journalists were selected. There was no open call for journalists to apply either.

The last time Armenian journalists visited Azerbaijan was in 2002.