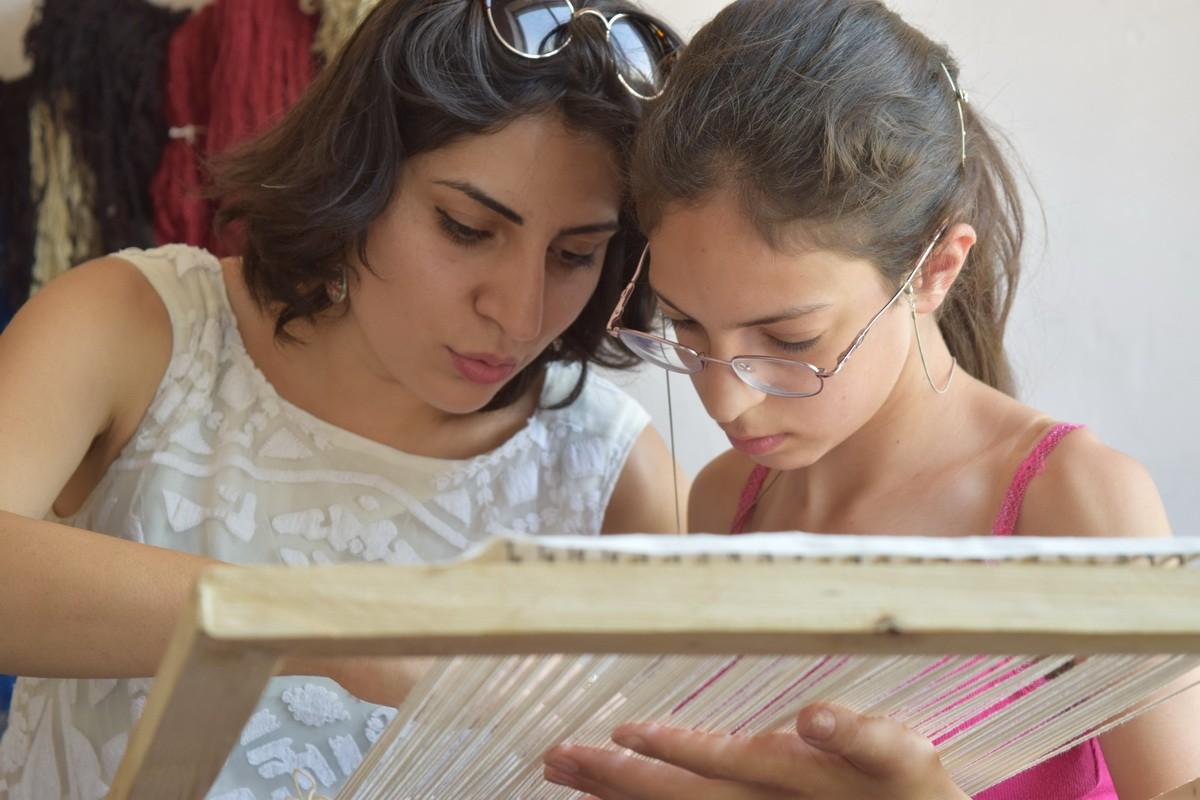 Astghik Amirbekyan: Spreading the Art of Weaving From Yerevan to the Armenian Provinces

Completing her master’s degree in Art History at the Yerevan State University, Astghik Amirbekyan - a young explorer full of enthusiasm for the ancient folk art of carpet weaving - joined anthropologist and artifact collector Levon Der Bedrossian’s initiative to establish a foundation to revive the traditional folk arts in Armenia.

Folk Arts Hub Foundation was established in 2014 and serves as a “Hub;” an effective center of activity and a network, that initiates the revival of different types of folk art, such as carpets, embroidery, shadow theater, woodworking, and more.

According to Ms. Amirbekyan, the popularization of the practice of carpet weaving around Yerevan pays tribute to the foundation since they were among the very few who revived the practice of weaving in Yerevan. The first silk rugs in Armenia were woven in one of the workshops in Folk Arts Hub Foundation led by a world renowned master silk rug weaver Mr. Avak Shirinian from Istanbul. 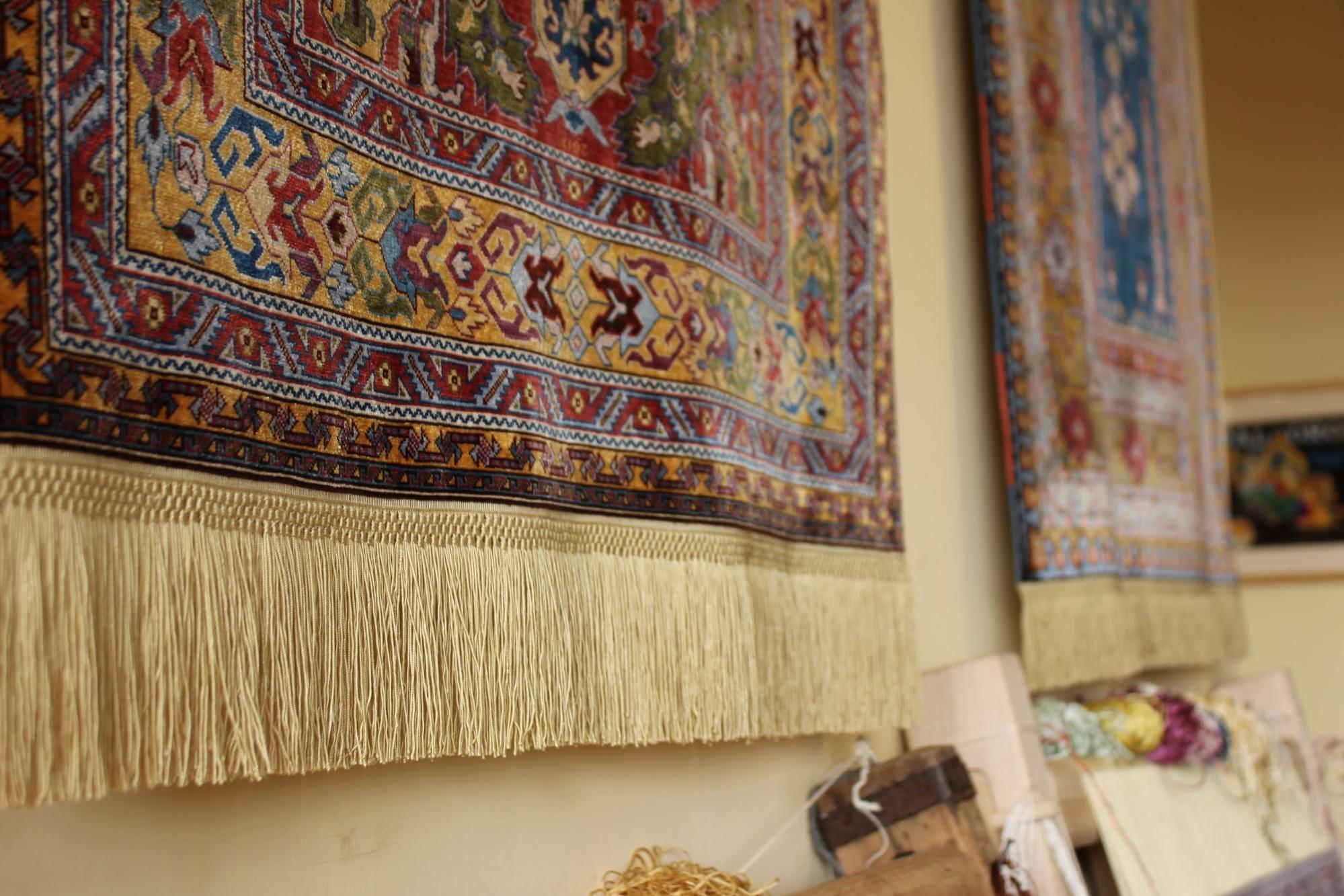 “Small is beautiful,” director Levon Der Bedrossian believes. It is by small steps that the single “knot” of the Folk Arts Hub foundation will achieve its goal of preserving and spreading the forgotten folk art forms.

It all started with just one loom developed at the center of Yerevan in 2014. After the foundation stabilized the center in Yerevan, it started spreading its roots into the villages. Currently the foundation has 16 branches in four provinces - Aragatzotn, Tavush, Armavir, and Kotayq.

Ms. Amirbekyan insists that the engagement of the youth is essential to the progress. In 2016, the Folk Arts Hub Foundation has launched a project “ADOPT A LOOM” in collaboration with the Armenian Rugs Society, to teach carpet weaving both in Yerevan and in the provinces.

To instill the creative approach to the practice of weaving among the young generation, Ms. Amirbekyan manages the projects and workshops, and organizes exhibitions and interactive events related to hand crafting. She started by small steps of studying techniques, symbols, and motifs of carpet weaving and repair before she would devote herself to the foundation, supporting the development of the folk art. 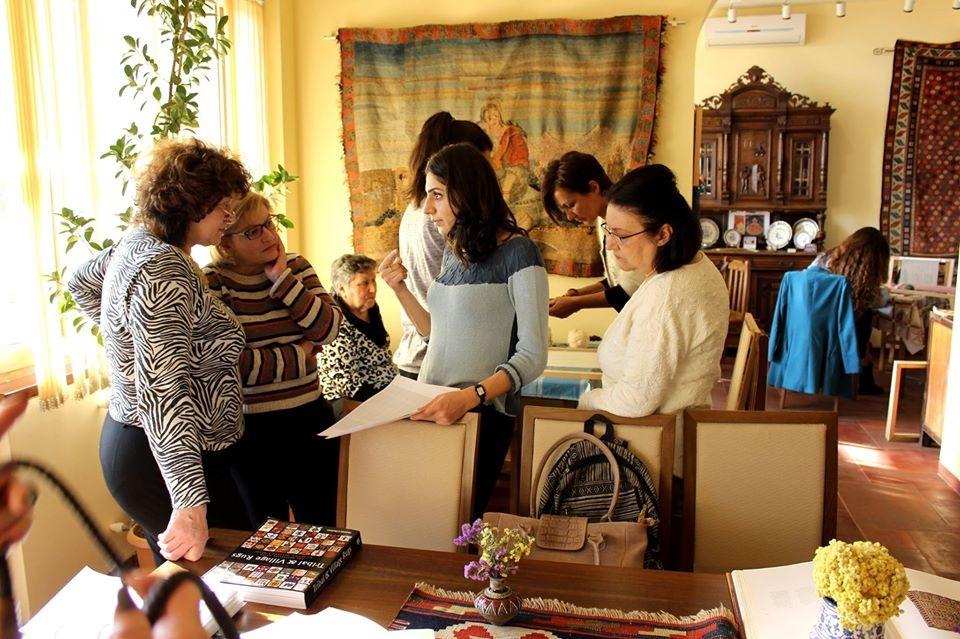 “I started exploring carpet repair when I was eighteen,” Amirbekyan recalls. “It’s almost ten years that carpets are a significant part of my life.” The ancient art of carpet weaving inspired and captivated her with its elements of composition and diversity in design and hues.

She is motivated to pass on her skills to the workshop participants. “We had 300 students, both adults and young children, who have mastered in weaving through our workshops,” she states excitedly.

The role of the foundation is not limited to preserving the Armenian folk culture. Its mission is also to address social issues in the villages. By organizing the workshops in the villages, the initiators expect the participants to become independent and earn a living once they complete the course and master the hand craft.

In one of the villages, Mrgashen, women and children together will start weaving a very large collective rug in January, 2020, which is going to be the first in the scope of the village projects of the foundation.

The year when foundation was established, the team of Bedrossian, Astghik Amirbekyan, Narek Van Ashoughatoyan and others opened a unique hotel with the idea to bring folk art to life, encompassing the living culture. The outstanding environment of the hotel incarnates the folk art of diverse cultures, assimilating more a living museum of artifacts around every corner. The name “Silk Road Hotel” carries a reference to the ancient Silk Road as a bridge connecting East and West, offering an opportunity for exchange of historical and cultural heritage. 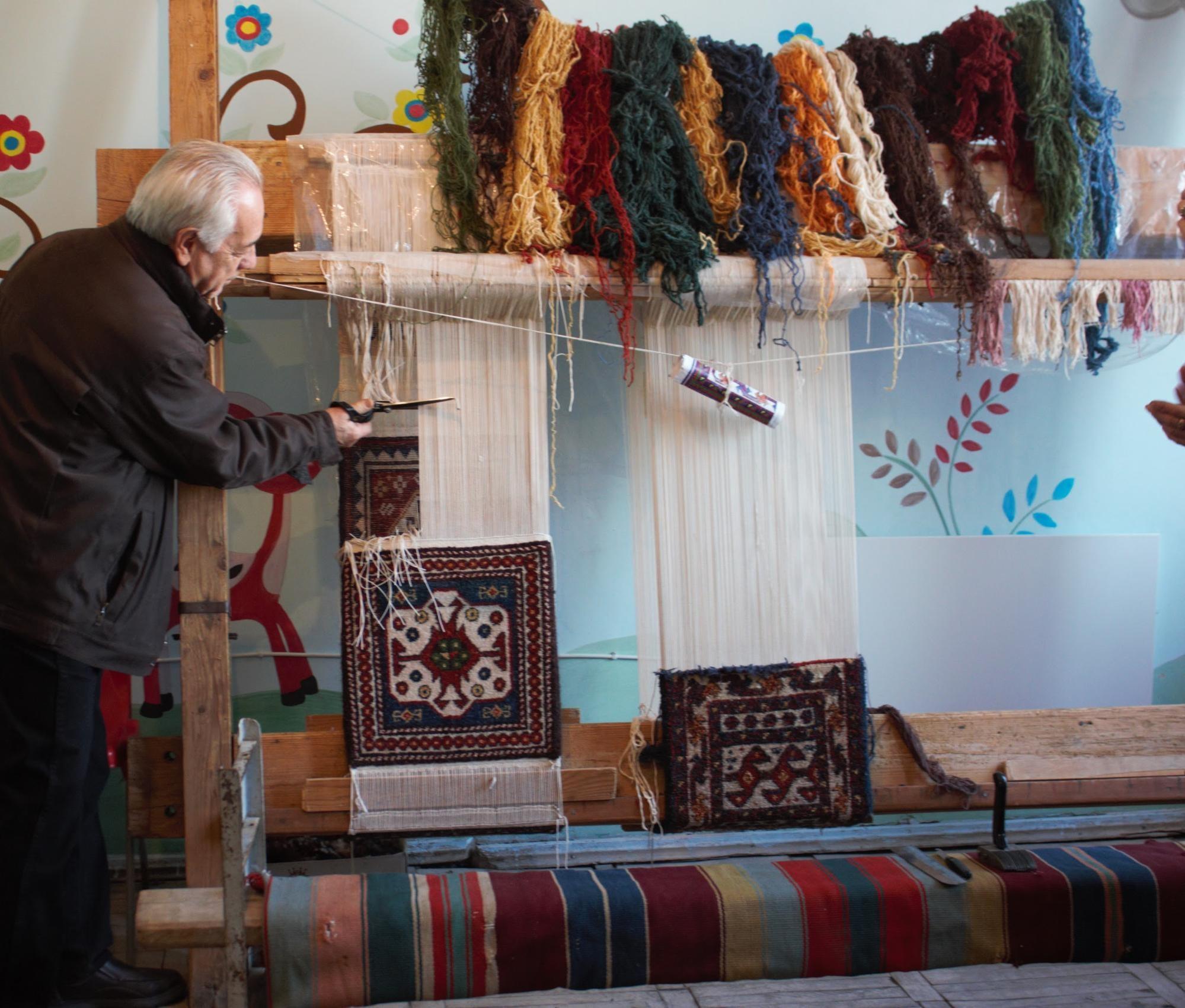 Walking into the hotel, one can touch and feel the mystery behind those ancient carpets and other artifacts. Women are seated near their heirlooms weaving silk and wool carpets. The guests are also invited to try and weave by themselves as they are taught the basic techniques of tying a knot. It’s home for many tourists these days, where they come across the heritage of one of the ancient countries in the world, taking away a memorabilia of unique “knots” with them.

According to Bedrossian, interaction is key to folk art. “I wanted to create a space where people can interact with artifacts and feel the connection,” he concluded. “This should be a ‘crossroad’ of cultures where a number of different folk arts combine and communicate diversity.”

Since its opening in 2014, the hotel hosts a number of different cultural events from film festivals to shadow theaters. In the last 35 years, Ayrogi Shadow Theater has been housed in the Silk Road Hotel since 2014.

Ms. Amirbekyan now leads another project in the scope of the foundation to develop courses on  adopting the techniques of weaving that haven’t been taught to the youth yet. Currently, they are also working on designing a practical handbook of weaving techniques, as well as professional and academic article collections on embroidery and textile. 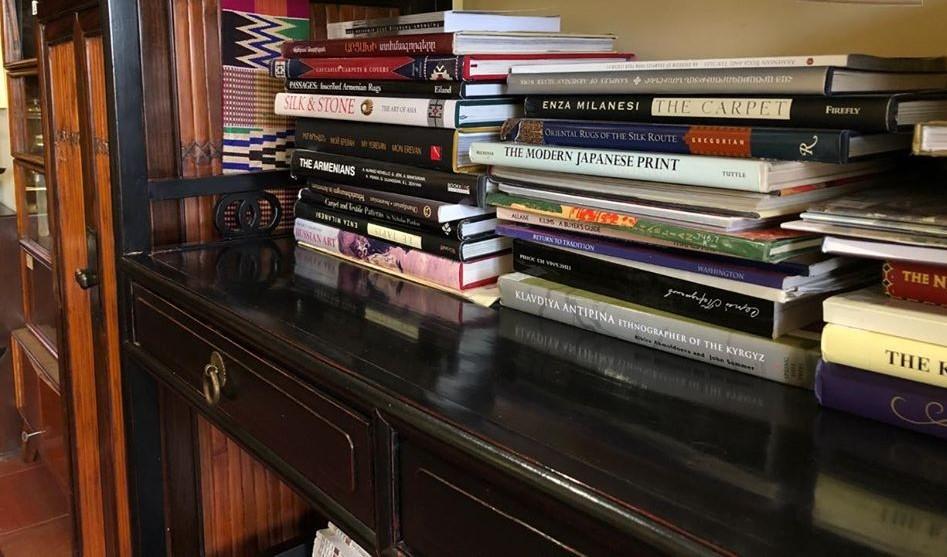 Amirbekyan is also excited to announce that the foundation is working on a new project of adopting woodworking practices to revive it as another type of folk art that has strong roots within Armenian society.

The foundation is planning to open a library to make folk and visual arts professional and technical books available to the interested public. It has already gathered over thousands of books in art history and modern art.

Hetq 2019-12-27 16:19:11
You should try Repat Armenia...
Hasmik 2019-12-22 04:24:06
Is there a way to enter an organization or program to be involved with learning how to weave or learning more about carpets? Currently, I live in the US, but I want to visit Armenia in the upcoming year and eventually move there. I just want to ensure a link or establish some sort of contact as time goes. Thank you!