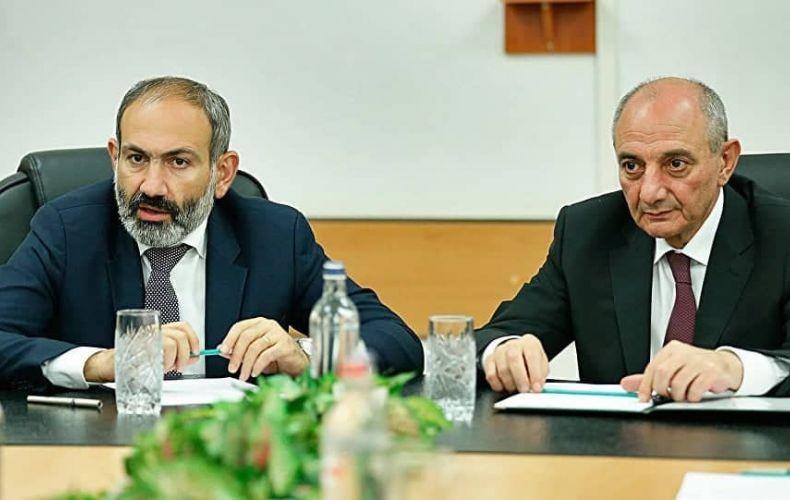 Armenian Prime Minister Nikol Pashinyan and Artsakh President Bako Sahakyan today, in Stepanakert, met with three of the candidates preparing to run in the March 2020 election to select a new president of Artsakh.

The three were Ashot Ghulyan (Speaker of the National Assembly of Artsakh and Chairman of the Central Council of the Democratic Party of Artsakh), Masis Mayilyan (Artsakh Foreign Minister), and Arayik Harutyunyan (head of the Free Homeland Party).

Pashinyan, according to a government press release, stressed the importance of holding free, fair, transparent and in line with international standards for the presidential and parliamentary elections in Artsakh, underlining that the Armenian government will support the Artsakh authorities in this matter.

During the meeting the sides touched upon the organization of the state elections in Artsakh, the current political situation. The Prime Minister also touched upon the Karabakh conflict settlement process and the works on army building.