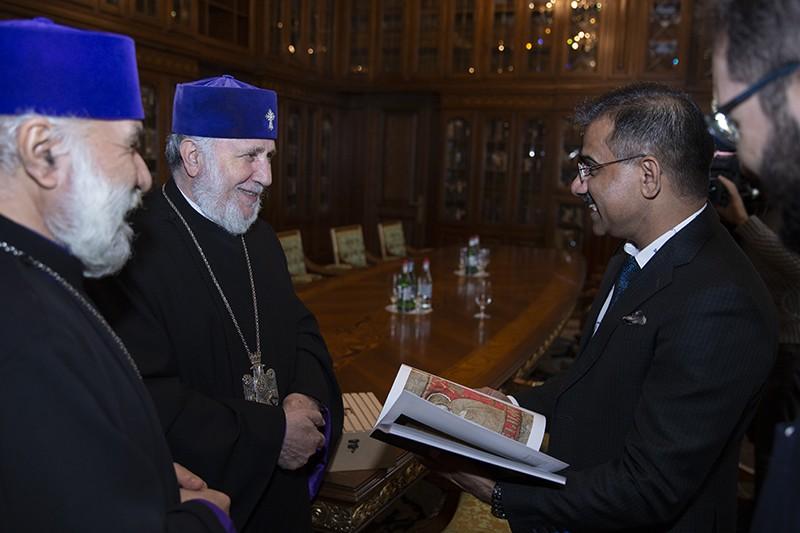 Supreme Patriarch and Catholicos of All Armenians Garegin II today hosted the Ambassador of the Republic of India to the Republic of Armenia Kishan Dan Deval at the Mother See of Holy Etchmiadzin.

Welcoming the ambassador, Catholicos Garegin II noted the friendly historical relations of the two peoples, stressing that the best evidence of this are the Armenian churches in India and the small but active Armenian community there.

The Catholicos Garegin II, according to an Etchmiadzin press release, also attached great importance to the activity and mission of the Armenian College and Philanthropic Academy in Calcutta, noting that it is a unique bridge in the process of rapprochement between the two countries.

In his speech, the ambassador touched upon the historical ties between India and Armenia, the historical presence of Armenians in India and their impact on the Indian education sector, which continues to this day. He also spoke about Armenian-Indian political relations and upcoming programs.