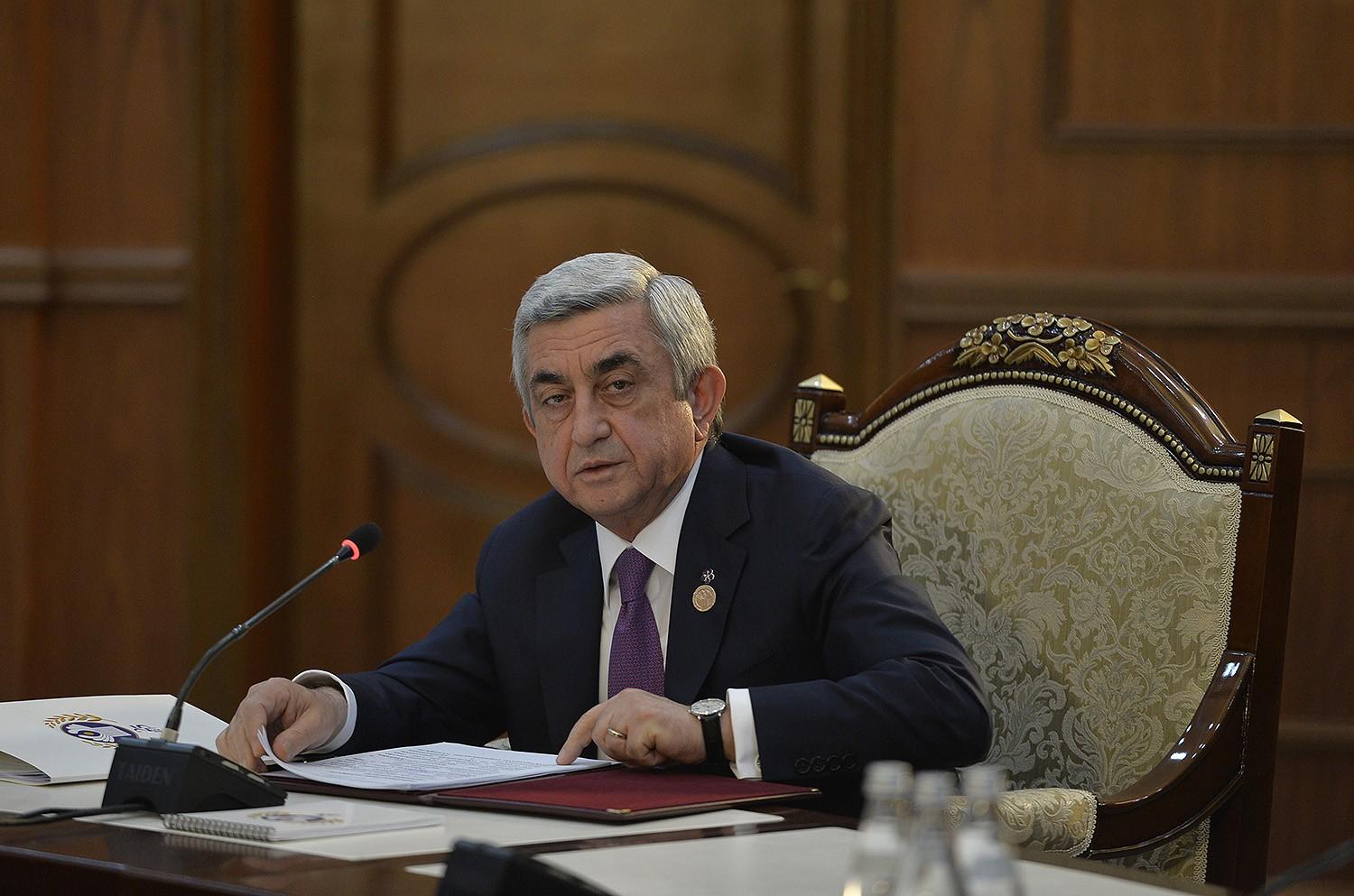 Armenia’s Special Investigation Service (SIS) today released a statement saying that the third President of the Republic of Armenia Serzh Sargsyan has been charged with masterminding the embezzlement of 489 million drams (just over $1 million) in 2013 from a state-sponsored diesel fuel assistance program.

Sargsyan has been charged under Article 38-179 (3) (1) of the Criminal Code, specifically - embezzling or wasting particularly large sums.

The charges date to the spring of 2013, when Armenian government approved a State Assistance Program for the purchase of diesel fuel at affordable prices for agricultural activities.

The SIS claims that Sargsyan meddled in the government fuel tender process so that Flash, a company whose owner has been closely linked to Sargsyan, won the bid.

According to the SIS, the government could have purchased the fuel from Maxhur, another supplier, at a lower cost, thus saving AMD 489 million.

Sargsyan has been ordered not to leave Armenia as the investigation continues.