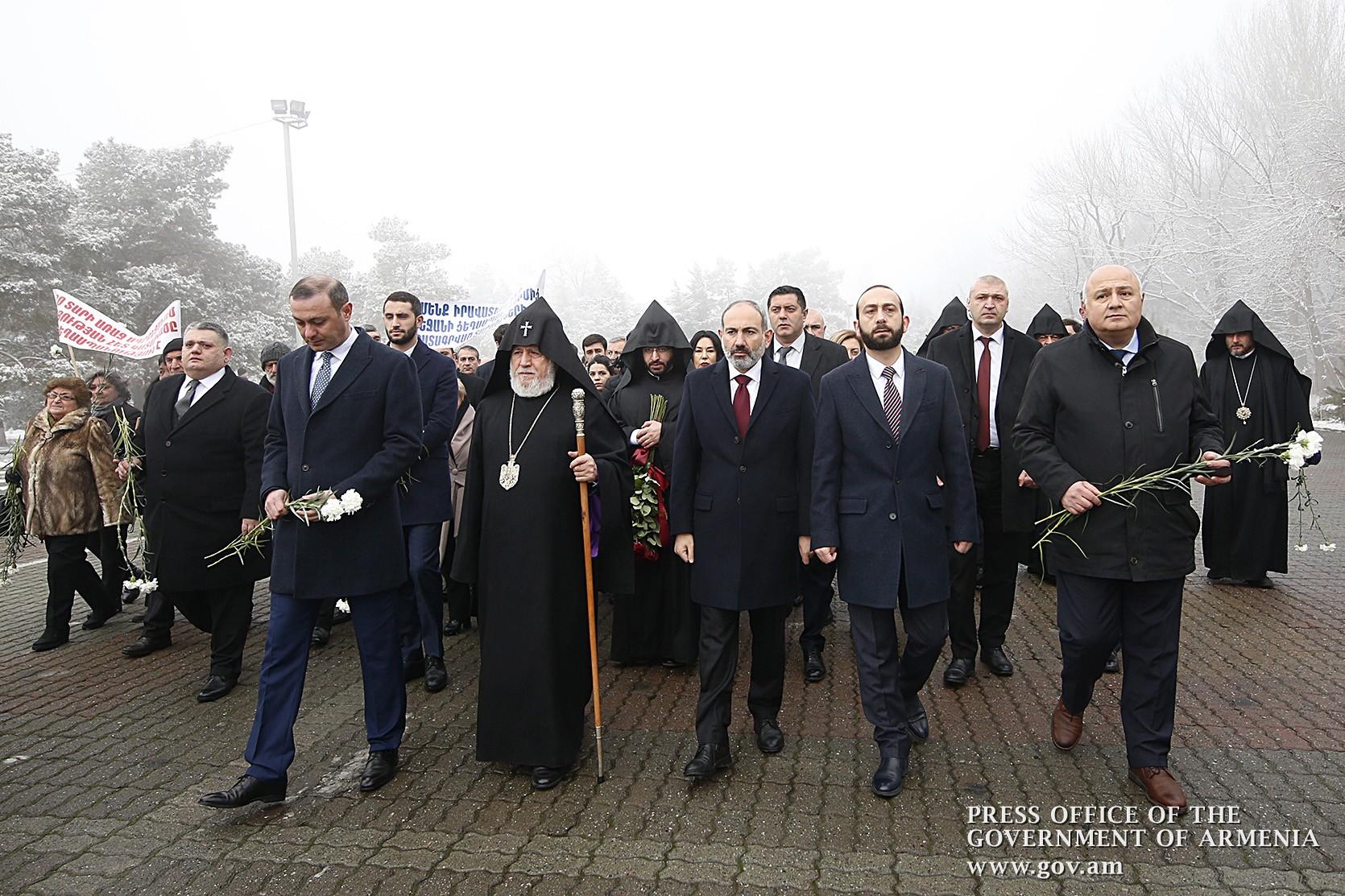 Pashinyan laid a wreath and flowers at the monument to the victims of the pogroms.

Pashinyan also issued the following statement on the pogroms, describing them as “atrocities against helpless people”.