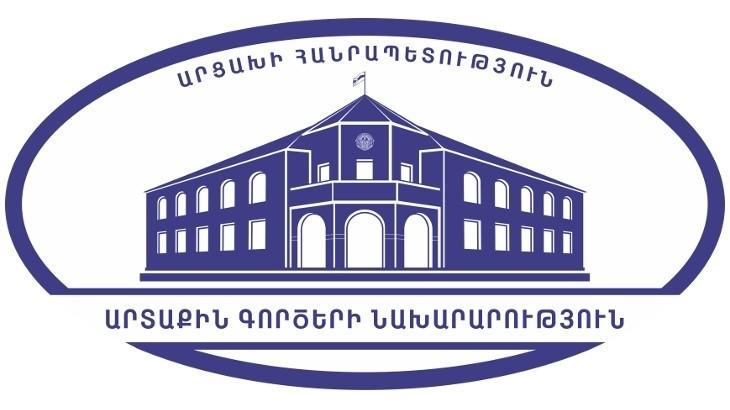 Artsakh’s Ministry of Foreign Affairs released the following statement on the 30th anniversary of the anti-Armenian pogroms in Baku.

Today marks the 30th anniversary of the Armenian pogroms in Baku, one of the most tragic episodes of the Azerbaijan-Karabakh conflict. On January 13, 1990, the targeted oppression of the Armenians of Baku turned into a widespread and organized massacre.

Chanting the slogans “Glory to the heroes of Sumgait!”, “Long live Baku without Armenians!”, a crowd of thousands, having divided into groups led by activists of the Popular Front of Azerbaijan (PFA), embarked upon methodically “cleansing” the city of Armenians house by house. Evidence abounds on atrocities and murders committed with extreme cruelty.

Those who managed to escape death were subjected to forced deportation. Thousands of Armenians were brought to the port of Krasnovodsk city in Turkmen SSR by a ferry across the Caspian Sea, and were later sent to Armenia and Russia by airplanes.

The massacres continued for an entire week in the conditions of complete inactivity of Azerbaijani authorities, internal troops and Baku’s large garrison of the Soviet Army.

On January 18, on the occasion of the massacres of Armenians in Baku, as well as armed attacks on the Armenian villages of Shahumyan region and Getashen, the European Parliament adopted a resolution titled “On the Situation in Armenia”, which called for the authorities of the USSR to guarantee real protection of the Armenian population living in Azerbaijan by sending forces to intervene in the situation.

Units of the Soviet Army were deployed to the capital of Azerbaijani SSR only in the night of 20 January 1990 that stopped the pogroms, overcoming the fierce resistance of armed units of the PFA.

The Baku pogroms became one of the bloodiest mass crimes against the Armenian population in a series of pogroms, deportations, ethnic cleansing and other crimes against humanity carried out in Azerbaijan since February 1988. According to various sources, 150 to 300 people died as a result of the massacre.

We condemn the permanent denial by the Azerbaijani authorities of the genocidal acts and the heroization of the performers, which has become an integral part of Baku’s policy of promoting xenophobia and hatred towards Armenians.

Today, the inculcation of Armenophobia and the promotion of hate crimes against Armenians have been elevated to the rank of state policy in Azerbaijan and penetrated into all spheres of public life in this country, thus causing serious changes in the consciousness of the Azerbaijani society.

The problem of xenophobia towards Armenians in Azerbaijan has reached such dimensions that has become one of the key sources of threats to regional stability and security.

In order to overcome these negative processes and prevent an even greater complication of the problem of xenophobia in Azerbaijan, implementation of a set of measures, with the support of the international community, will be necessary, which will allow Azerbaijani society to get rid of the hate norms and guidelines imposed by the authorities.

An important step in the process of eradicating the negative phenomena caused by the years-long propaganda of hatred towards Armenians could be the recognition by the Azerbaijani authorities of responsibility for the mass crimes committed against the Armenian population, including the Baku pogroms. This will not only improve the situation in Azerbaijan itself, but also create prerequisites for establishing lasting peace in the region.