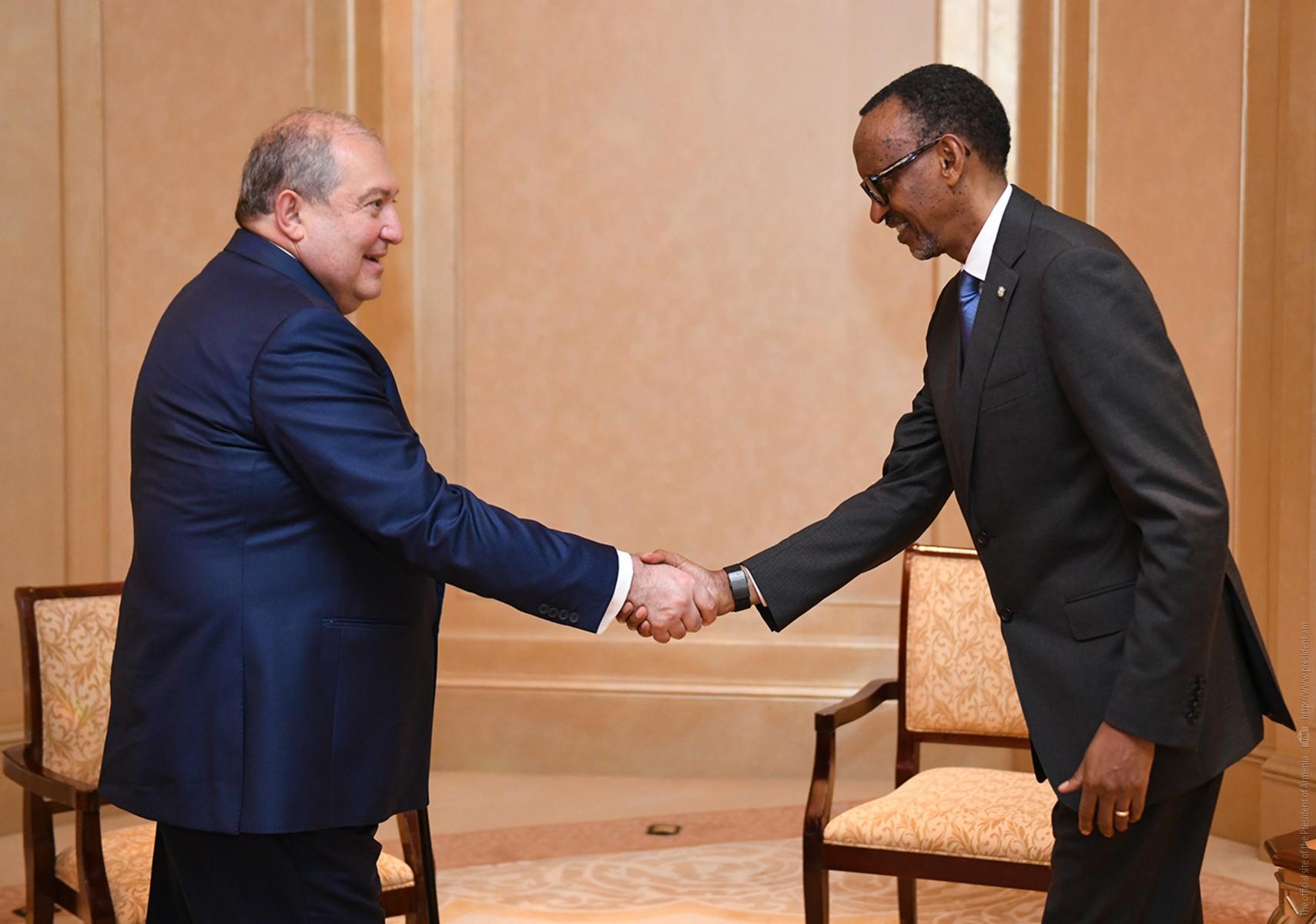 Armenian, Rwandan Presidents Meet in UAE; "We are small but strong nations"

Armenian President Armen Sarkissian, now in the UAE to attend the Abu Dhabi Sustainability Week international forum, today met with President of Rwanda Paul Kagami and discussed the need for the two countries to get better acquainted.

The two presidents, according to an Armenian government press release, agreed that their two countries have similar histories and problems, given that both have experienced genocide.

Despite their tragic pasts, they said that their nations are strong, albeit small, and possess several advantages that can be translated into successful achievements.

President Sarkissian noted that among promising areas of cooperation is the area of e-governance which is rather developed in Rwanda. The President of Armenia stressed the necessity of implementing exchange programs in this field.

Among perspective areas of cooperation mentioned were also IT and innovations, creative education, agriculture, food security areas, as well as students exchange programs.