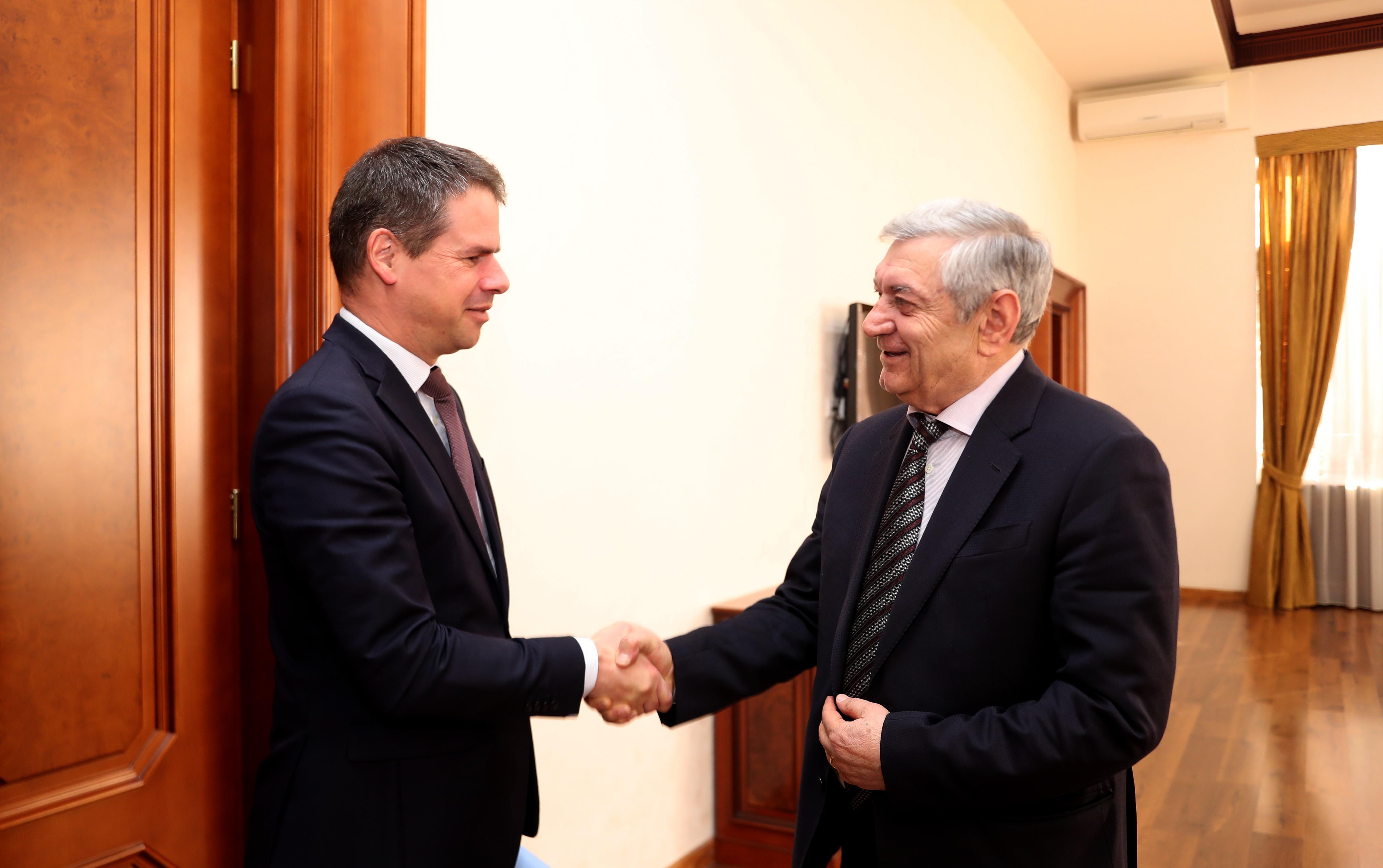 Armenian Minister of Emergency Situations Felix Tsolakyan today met with French Ambassador to Armenia Jonathan Lacôte and, according to an Armenian government press release, Tsolakyan underlined the importance of an agreement being drafted to deepen Armenian-French relations in the field of emergency preparedness.

The two noted that the two countries have cooperated in the field of responding to emergencies ever since the 1988 Spitak Earthquake.

In 2014, the Civil Protection without Borders organization provided the Ministry of Emergency Situations with equipment and equipment worth approximately € 250,000, as part of Armenia’s cooperation with France