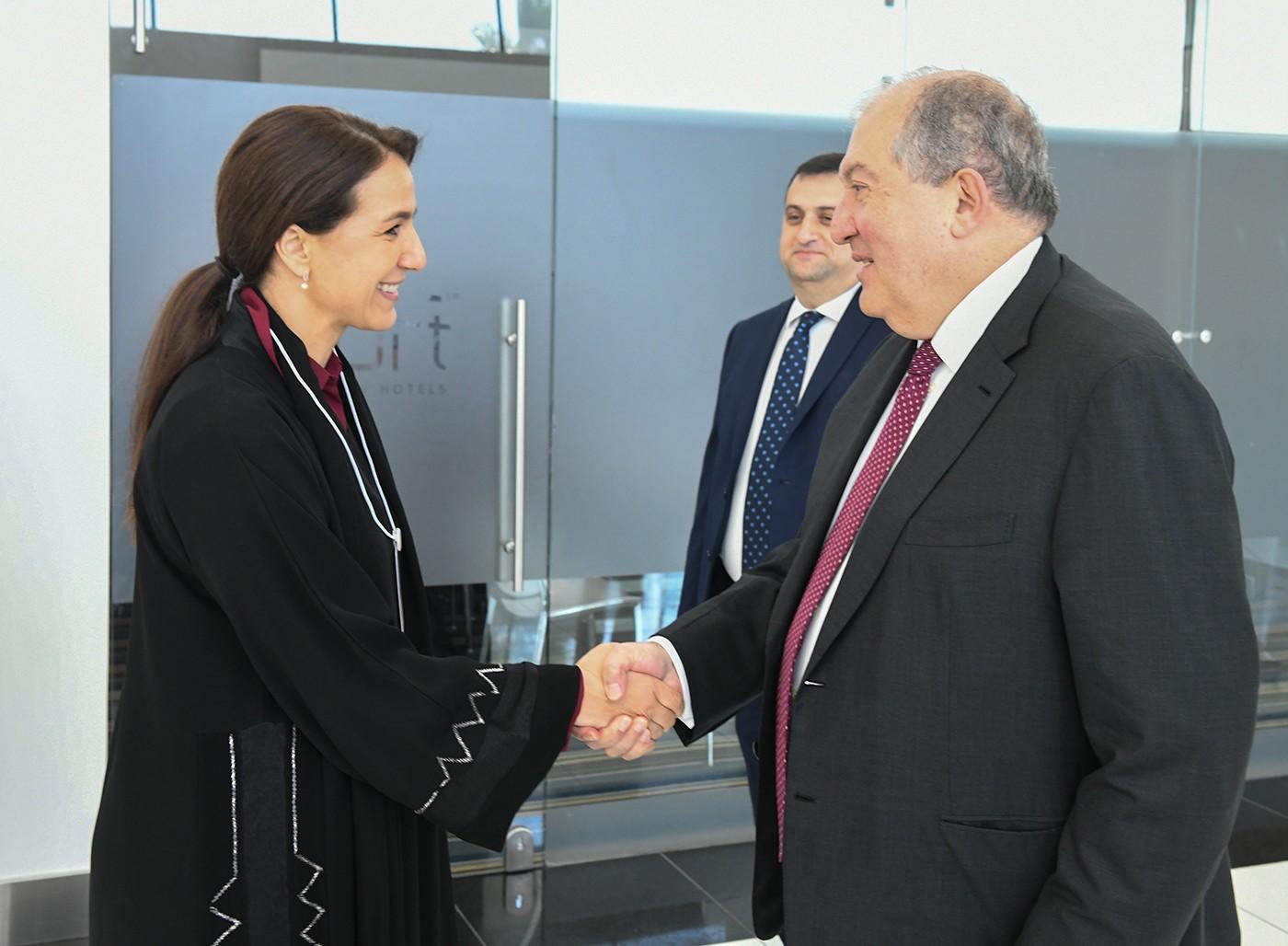 During his working visit to the United Arab Emirates, Armenian President Armen Sarkissian met with UAE State Minister for Food Security Mariam Almheiri and, according to an Armenian government press release, discussed cooperation prospects in the field of food security.

According to a press release by the Office of the President's Administration, the Armenian President and the UAE State Minister referred to the two countries' cooperation in the field of food security.

President Sargsyan invited Almheiri to Armenia to review the plans to be implemented, as well as to get acquainted with the competitive opportunities of Armenia.