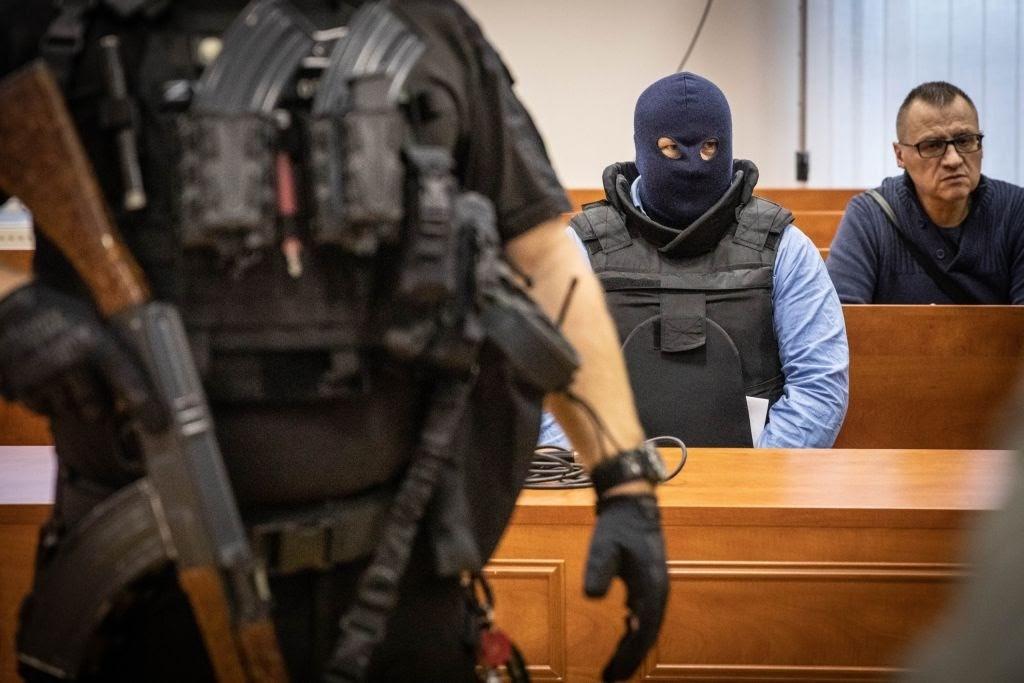 Jan Kuciak wasn’t the only person notorious businessman Marian Kočner and his associate Alena Zsuzsová wanted to see dead, according to the explosive testimony of the only person convicted so far of involvement in the killing of the young Slovak journalist.

Zoltán Andruskó’s erratic five-hour witness testimony on the second day of the trial offered new evidence in an old murder case and revived rumors that a former politician, who is acting as the lawyer for Kuciak’s family, was also considered for assassination.

The former pizzeria operator, whose confession formed the bedrock of the police’s investigation into the killings of Kuciak and his fiancée Martina Kušnírová in 2018, was sentenced to 15 years in prison in December for his role as a middleman in the murders.

Led into the courtroom wearing a balaclava and bulletproof vest, which he only removed once journalists were forced to put away their cameras, Andruskó described murder conspiracies he says are linked to Kočner, who is accused of mastermining the hit on Kuciak.

“I want to apologize to the aggrieved parties,” he began, addressing the victims’ families.

Andruskó said he first met Alena Zsuzsová, Kočner’s close associate and another defendant in the trial, online. He said the two seemed close, and he frequently heard them speaking on the phone — and even spoke “a few words” to the businessmen himself on occasion.

In 2017, he said she offered him 20,000 euros to assassinate a prosecutor named Maroš Žilinka, who was investigating Kočner at the time, just as the infamous businessman was trying to enter politics. Andruskó said he didn’t need the money, but was scared of what might happen if he refused the job.

“If I hadn’t done the work, they would have killed me,” he said.

He recalled that Zsuzsová later said it would be “best” if Daniel Lipšic — an anti-corruption advocate who previously held several senior political positions including Deputy Prime Minister, and who is representing the Kuciak family during the trials — was assassinated too.

Andruskó also linked Zsuzsová to the 2010 murder of László Basternák, the former mayor of Hurbanovo, in Slovakia, saying he saw her order the killing “in cold blood.” Though a 25-year-old was arrested for Basternák’s murder at the time, police say he was only carrying out orders and they have still failed to uncover who masterminded the hit.

Andruskó said he was approached about murdering Kuciak for the first time in “late 2017 or early 2018.”

At this point, Andruskó said, she pulled out a laptop, plugged in a USB, opened a folder containing “many names” and opened another folder labelled ‘Kuciak’.

“It was like they’d been watching him for many days,” Andruskó recalled, describing the photographs they had collected of Kuciak going about his day and speculating that professionals — “possibly a cop” — had been hired to surveil the young journalist.

Not a killer himself, Andruskó said he contacted former police officer Tomáš Szabó and his ex-military cousin Miroslav Marček to carry out the assassination. He met them in a car to relay the information about Kuciak, with Szabo jotting down the instructions in a small note pad. Marček pleaded guilty to the charge of murder on Monday.

In a heated response Szabó rejected Andruskó’s testimony, snarling at him: “You are finally looking into my eyes, you liar.”

Zsuzsová and Kočner also denied Andruskó’s claims, pointing out discrepancies between his initial confession to police in 2018 and his testimony in court.

Andruskó said he was relieved when police knocked on his door last year, giving him a chance to come clean. But he also heavily criticised the Slovakian law enforcement while on the stand, saying he believes that Kuciak’s murder would never have taken place if not for their rumored corrupt ties to Kočner.