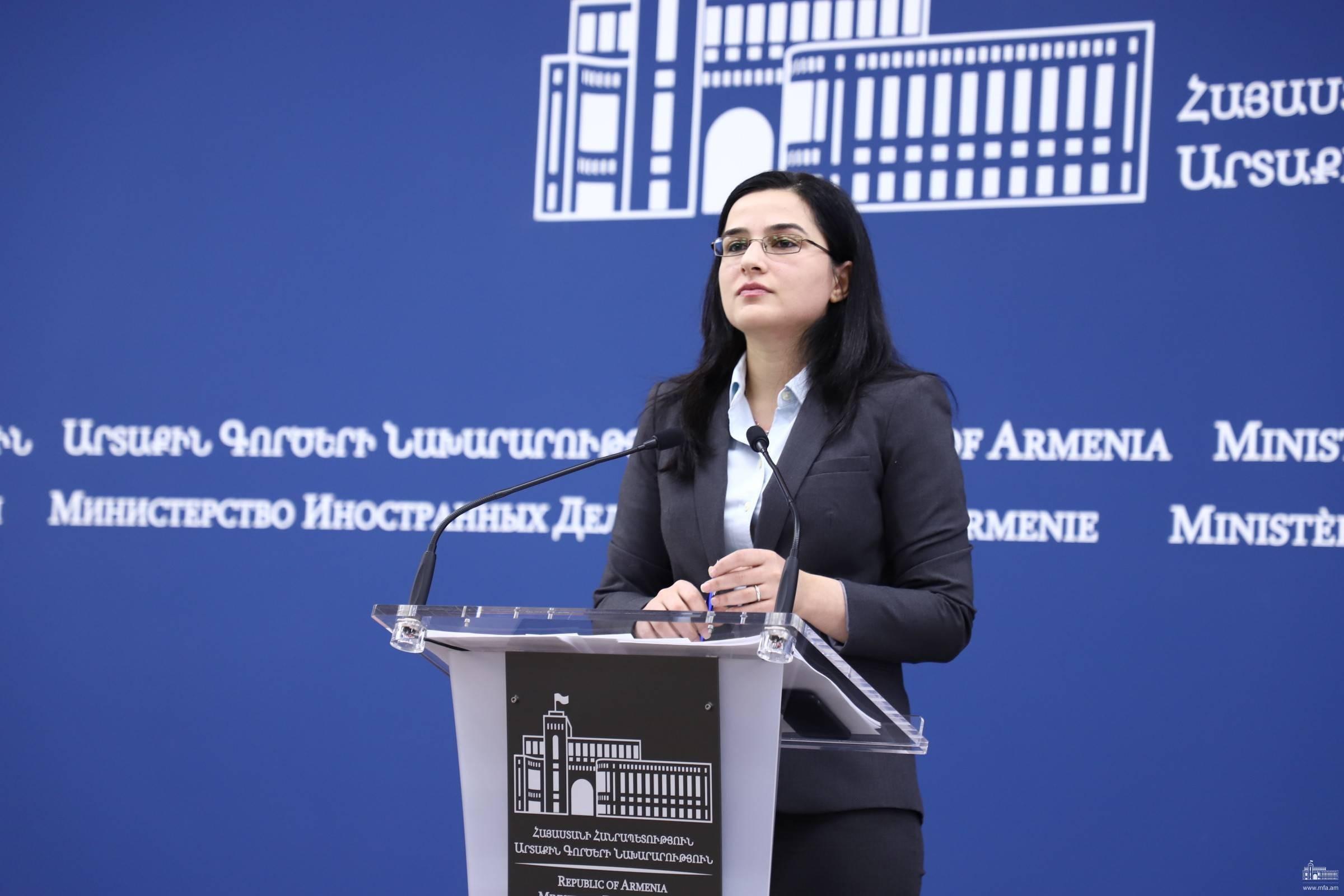 Armenian Foreign Ministry Spokesperson: "Artsakh Can Never Be a Part of Azerbaijan"

Armenian Ministry of Foreign Affairs Spokesperson Anna Naghdalyan, responding to Azerbaijan’s critique of events in Armenia marking the 30th anniversary of the anti-Armenian pogroms in Baku, declared today that Artsakh could never be a part of Azerbaijan under any circumstance.

Accusing Azerbaijan of conducting a pattern typical of all perpetrators of crimes, namely, of rewriting history and pushing a narrative that places the blame on the victims, Naghdalyan said: “This underscores once again that under no circumstances can the responsibility of the security of any part of the Armenian people be entrusted to the Azerbaijani authorities.”

Naghdalyan, according to an Armenian MFA statement, noted that Azerbaijani Presidential Aide Hikmet Hajiyev called those who murdered defenseless people as “martyrs” and that the Azerbaijani foreign ministry accused Armenians of committing the 1988 Sumgait massacres.