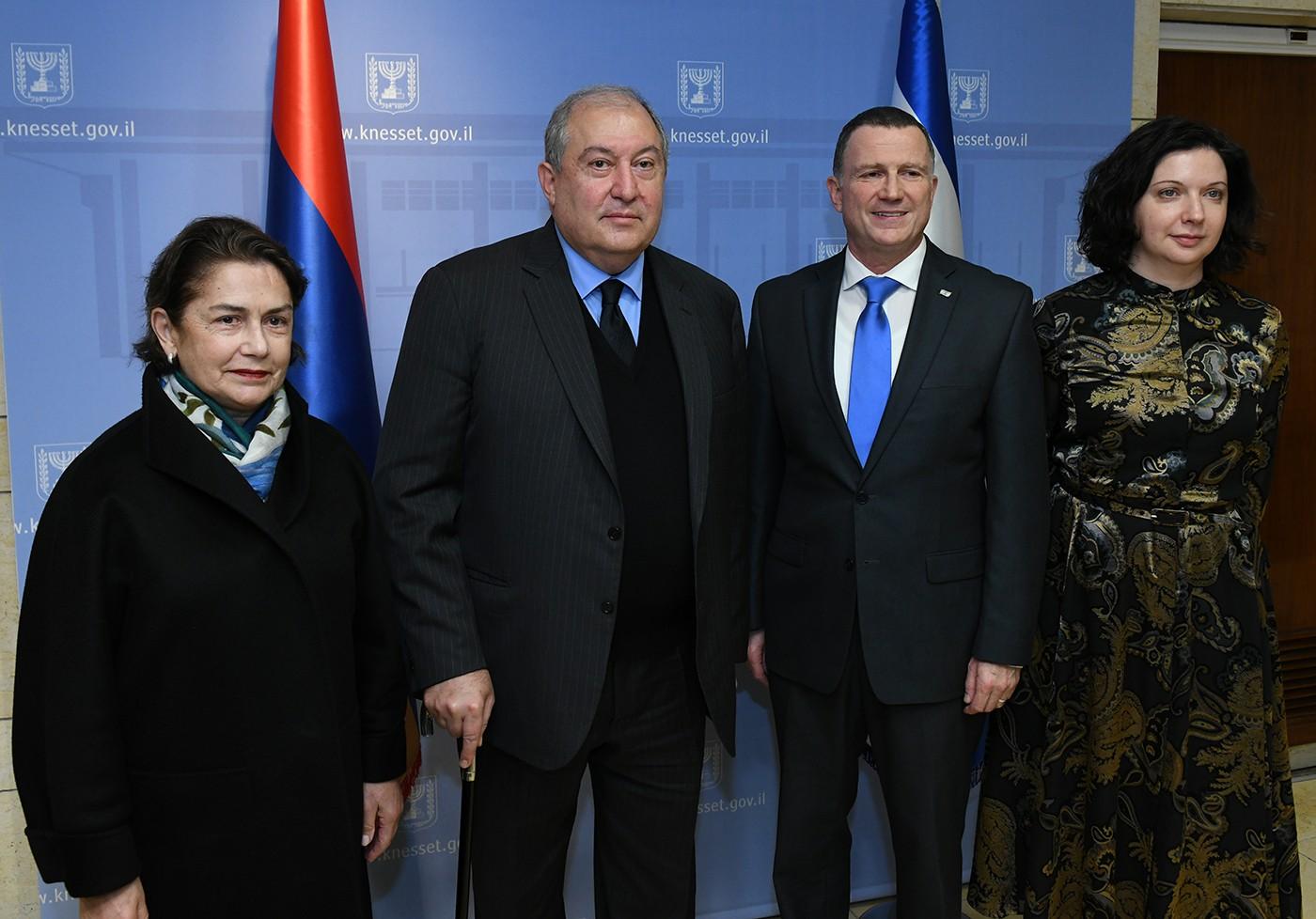 Noting that many pages of the histories of the Jewish and Armenian peoples are linked by tragedy, Armenian President Armen Sarkissian, now in Israel on a working visit, urged the Israeli Knesset to recognize and condemn the 1915 Armenian Genocide.

"Recognition of the Armenian Genocide is first of all a moral responsibility and a tribute to the memory of innocent victims, while it is an important contribution to the international efforts to prevent genocides and crimes against humanity," President Sarkissian said while standing in the halls of the Israeli Knesset.

Sarkissian is in Israel to attend ceremonies marking the 75th anniversary of the liberation of Auschwitz by the Soviet Army.

Mr. and Mrs. Sarkissian were invited to the Israeli parliament by President of the Knesset Yuli Edelstein and his wife Irina Nevlin.

"To be honest, I have wanted to return to Israel for years because I have memories of this country," Sarkissian said, highlighting Israel's experience in various fields, including high technology, innovation, and exchange of experience.

Edelstein, according to a press release issued by Sarkissian’s office, welcomed the Armenian president and his wife to Israel and noted that Sarkissian’s visit and the opening of an Armenian embassy in Israel “would serve as a cornerstone for the further development of bilateral relations.”