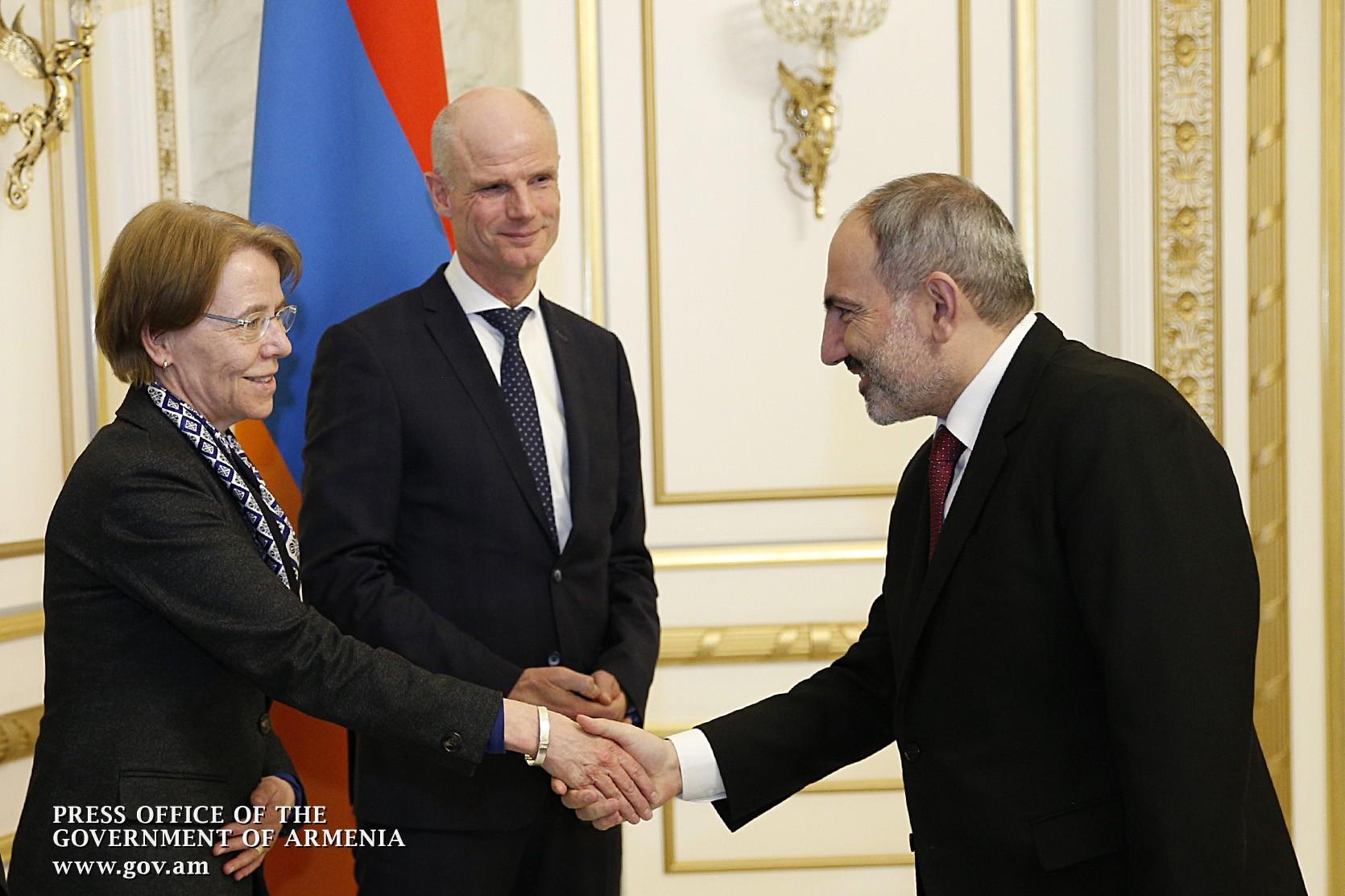 Pashinyan, according to an Armenian government press release, welcome Blok to Armenia and thanked the Dutch parliament for ratifying the Armenia-EU Comprehensive Partnership Agreement.

Pashinyan noted that he is planning an official visit to the Netherlands this year, the first visit of an Armenian leaders to the country since the establishment of diplomatic relations,

He expressed confidence that Pashinyan's visit to the Netherlands would   contribute to the consolidation and expansion of bilateral relations.

Top photo: The unidentified woman is a member of Minister Blok's delegation.