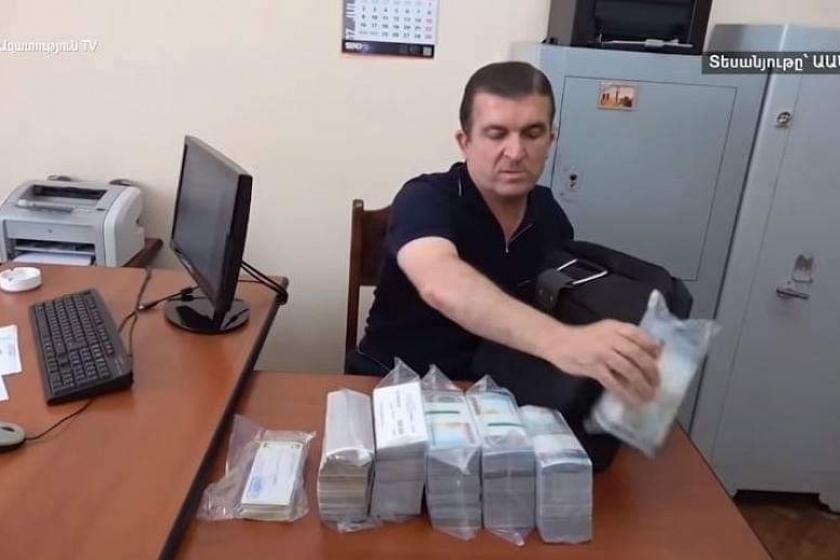 Vachagan Ghazaryan, a former bodyguard of Armenia's third President Serzh Sargsyan, has purportedly paid back, in full, the AMD 2.837 billion in damages that he and his wife had been charged with in connection with a corporate tax evasion scheme.

The couple, who had been charged with “illegal enrichment” after a June 2018 police raid of their Yerevan apartment netted AMD 35 million, US$1.1 million and €230,500 in cash, had all charges dropped on February 14.

Responding to a Hetq inquiry, the Special Investigation Service (SIS) claimed that the couple had compensated the state, in full, for the damages incurred.

Mher Hakobyan, Ghazaryan’s lawyer, told Hetq that the charges had been dropped due to a lack of inculpatory evidence.

The SIS says that the country’s Criminal Code allows for certain tax evasion charges to be dropped if the parties involved compensate for the damages incurred.