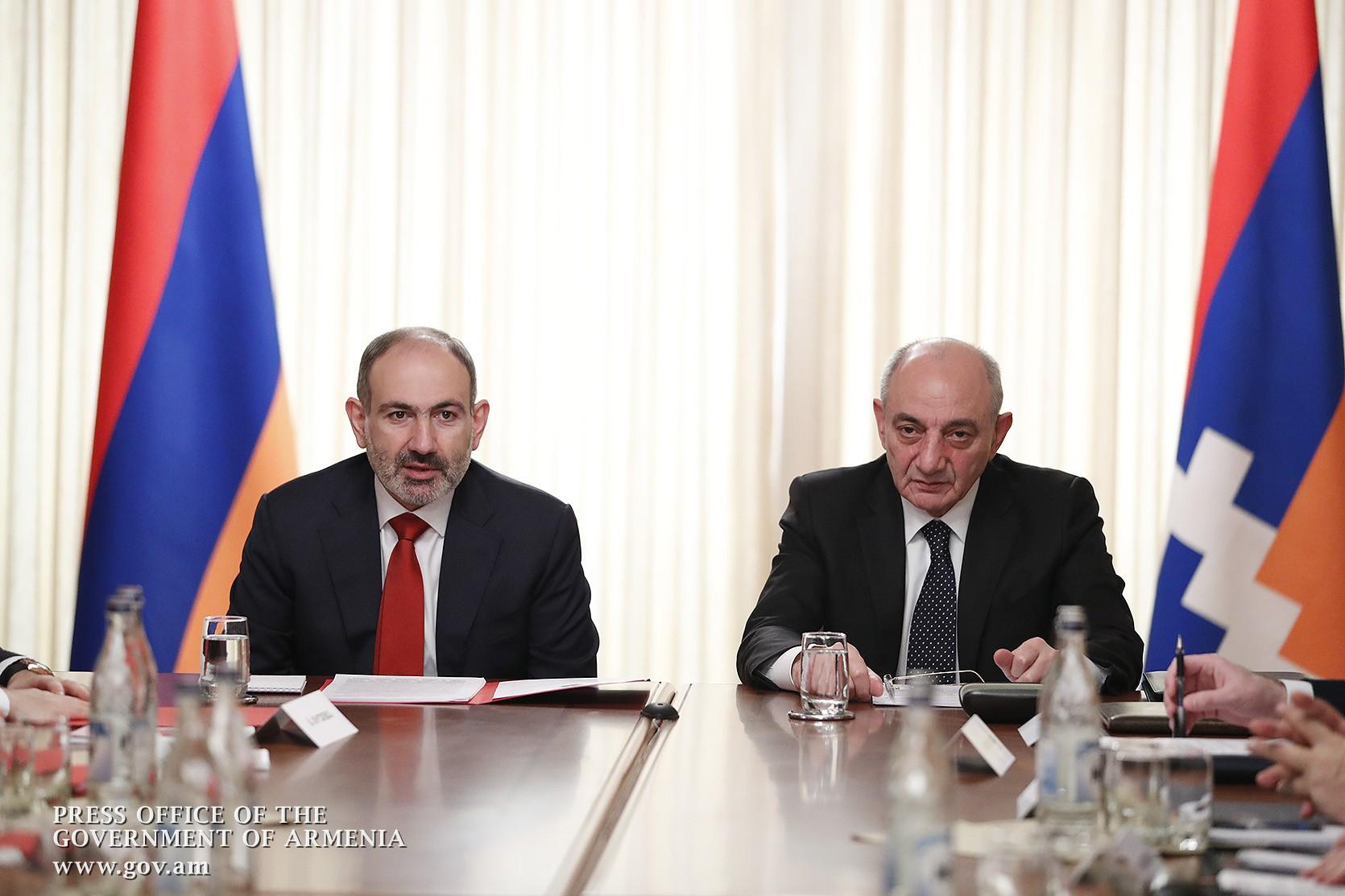 Pashinyan in Stepanakert: "Armenia and Artsakh Must be on Same Security Page"

The presidents of the parliaments of Armenia and Artsakh - Ararat Mirzoyan and Ashot Ghulyan – also attended the session.

Pashinyan and Sahakyan made statements prior to the start of the session.

Pashinyan, according to a statement released by his office, said that Armenia and Artsakh “must be on the same page” when it comes to security.

He added that while this does not mean that the two governments must agree on each and every detail regarding a possible settlement of the Karabakh issue, “it means that we must have the same vision in terms of strategy.”

Sahakyan, in his remarks, touched upon foreign and domestic policy issues, in particular, recent foreign policy developments, army building, and a number of strategic socio-economic projects in the southern regions of the republic.

The Artsakh President noted that the planned projects are ambitious, but quite realistic, expressing conviction that with joint efforts, the projects will be implemented in a coordinated and consistent manner.