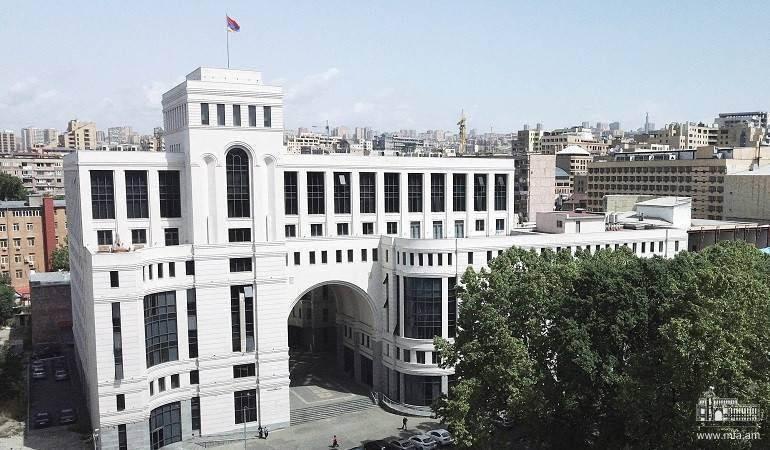 The following statement was released by the Armenian Ministry of Foreign Affairs regarding today's atempted Azerbaijani military incursion.

We strongly condemn the attempts of Azerbaijan to escalate the situation on the Armenian-Azerbaijani border, which resulted in the wounding of a 14 years old resident of Voskevan community of Tavush region. At the same time, two servicemen of the Armed Forces of Armenia have been wounded while preventing the infiltration attempt of the Azerbaijani side  towards the Armenian positions in the same direction.

This unprovoked ceasefire violation has no justification, especially today, when all countries of the world mobilize their medical resources in the fight against COVID19. By such actions, Azerbaijan disregards the calls of the international community, particularly the OSCE Minsk Group Co-Chairs and the UN Secretary General to strictly adhere to the ceasefire and refrain from provocative actions during this period.

This military incident demonstrates that either the Azerbaijani side has no control over the actions of its military units on the border or deliberately escalates the situation thus bearing full responsibility for its consequences.

We wish a speedy recovery to our injured citizens.