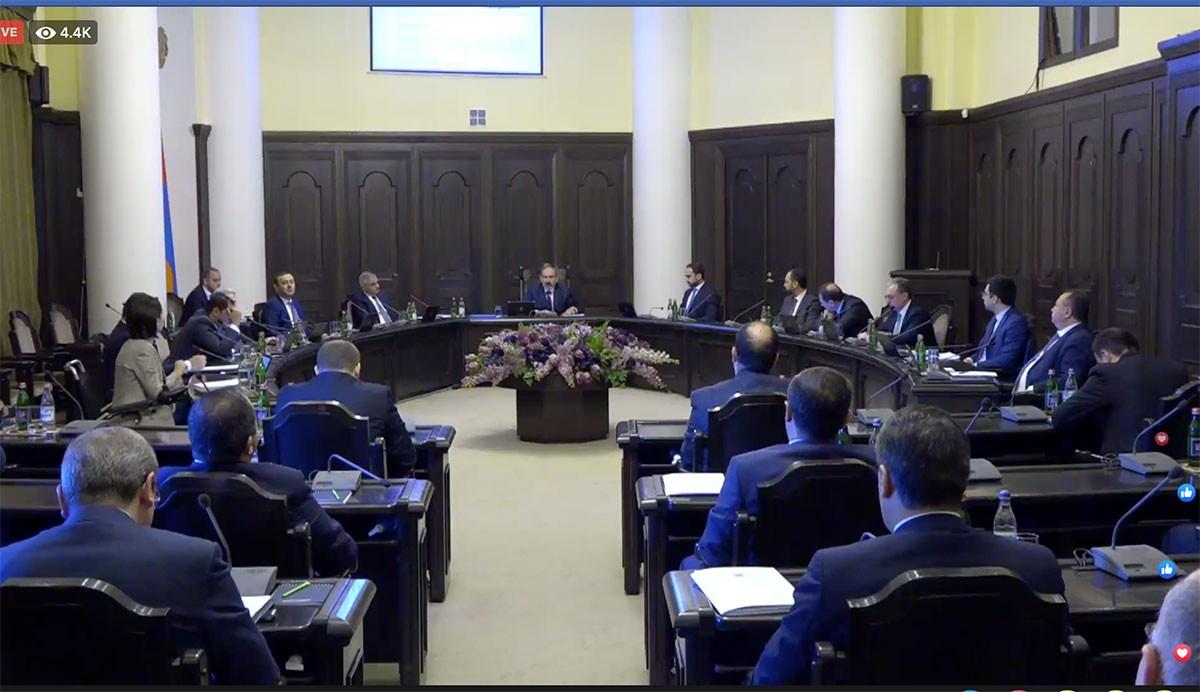 The following was released on April 13 by the office of Armenian Prime Minister Nikol Pashinyan.

The Government decided to extend the state of emergency, which was declared on March 16, 2020 for 30 days from April 14 through May 14, 2020, 17:00 local time. As part of the proposed amendment, Chapter 7 of the above decision on state of emergency that dealt with media activity restrictions shall be declared invalid.

The following change concerns the Compulsory Enforcement Service: during the entire period of emergency, the Service will not apply administrative measures in connection with non-payment of parking fines and administrative fines.

Touching on this decision, Nikol Pashinyan noted: “Epidemic statistics evidence that we currently do not have an uncontrollable situation. The range of authorized economic activities was expanded in accordance with the Commandant’s decision, based on a number of factors: first of all, to reboot economic life and alleviate the social situation. However, we all understand that this can lead to increased health risks, should our citizens fail to strictly comply with the anti-epidemiological safety measures. The restrictions may obviously trigger other risks. In view of the above, we must maintain the state of emergency so that the Commandant's Office could quickly respond to the situation.”

With reference to media restrictions, the Prime Minister emphasized that monitoring will be carried out to this end: “Should we see any risks in this field, we will amend the government’s decision and reinstate the previous regime.”

The Government approved its eleventh anti-crisis action, which seeks assist those who faced welfare bottlenecks due to the spread of the coronavirus. The program addresses those natural gas and electricity customers, whose bills did not exceed the threshold of 10,000 drams in February 2020 for natural gas and 5,000 drams for electricity. Each subscriber will be supported at the rate of 50% for natural gas and electricity consumed in February, 2020. The funds will be transferred to the utility operators, subject to further transfer to subscribers who are considered to be program beneficiaries. In case of arrears, this amount will be used to pay off the subscriber’s debt, and in the absence of it, an advance payment will be issued.

The Public Services Regulatory Commission suggested launching the program by this April 15. PSRC Chairman Garegin Baghramyan noted that the 11th activity affects 220 thousand resident subscribers: “Considering that we have an average of 3 residents per subscriber in the country, some 660 thousand citizens turn out to be beneficiaries of assistance.”

Nikol Pashinyan explained the decision on reimbursement of utility bills: “Armenia has a very high culture of paying utility bills. We want to pursue a policy that does not harm this culture, because it is very important, and that is why we reimburse 50 percent of the cost of gas and electricity.”

The Prime Minister underscored that the beneficiaries of this program can take advantage of other activities as well.