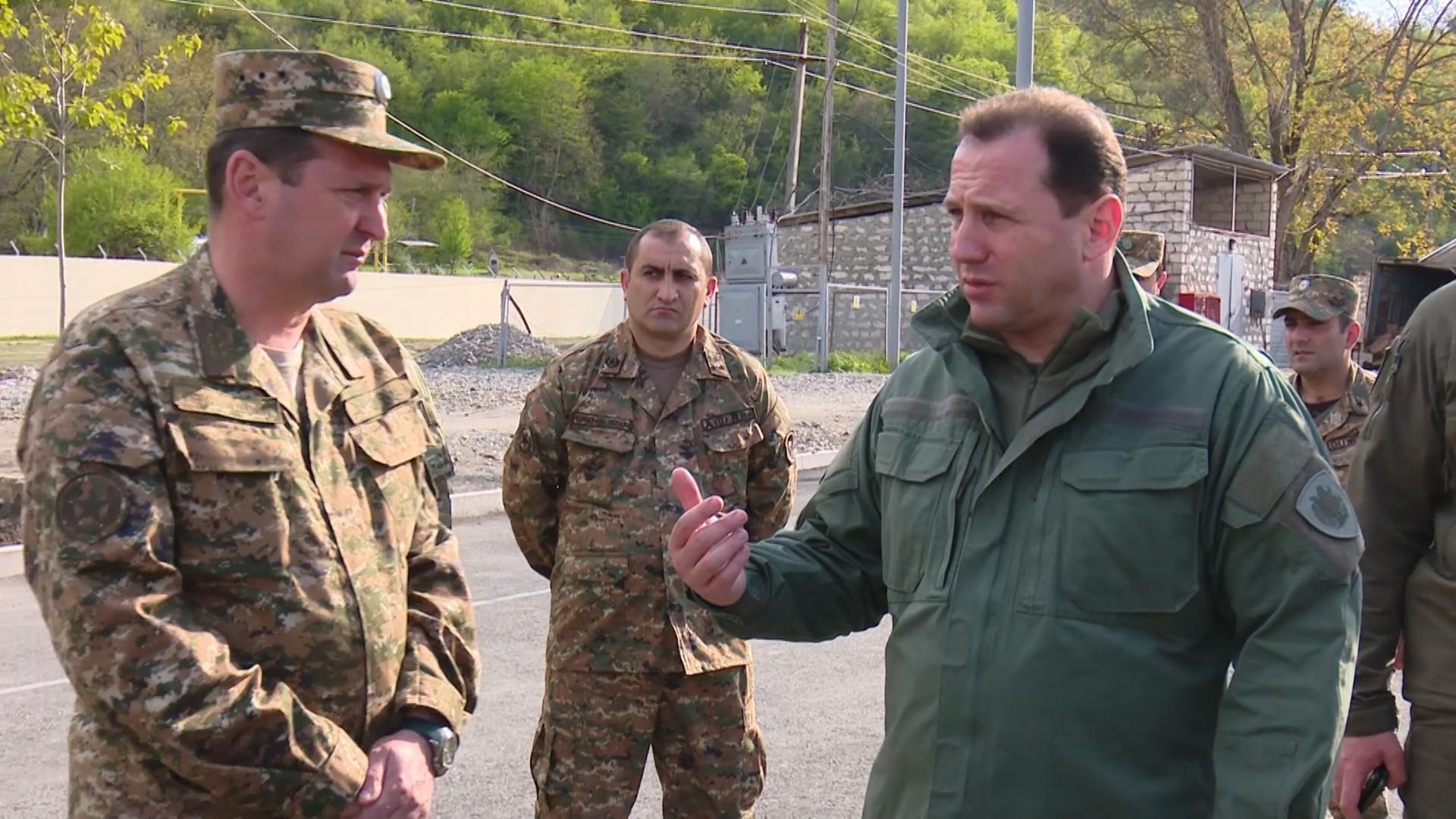 Tonoyan arrived in Artsakh yesterday on a two-day working visit.

Tonoyan is said to have met with officers and soldiers and to have discussed ways to improve living conditions, moral and combat training, and equipment modernization.

The Armenian Defense Minister praised the current level of military cooperation between the two Armenian states.