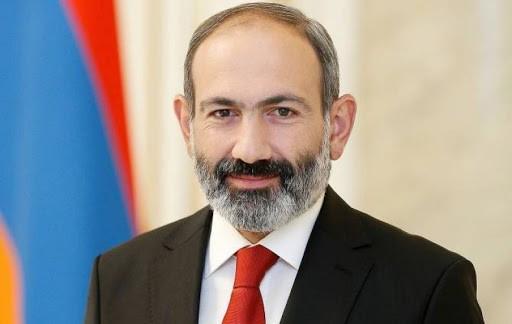 Pashinyan on Republic Day: "The flag of Armenia must forever fly high"

The following unedited statement was released today by the office of Armenian Prime Minister Nikol Pashinyan.

Congratulations to all of us on Republic Day!

After taking control of Alexandropol on May 15, 1918, the Turkish vanguard forces reached the village of Sardarapat on May 21: it seemed that they would inevitably enter Etchmiadzin and Yerevan, and the rest of the Armenians were doomed.

The situation was critical. However, it was necessary to stand up to the deadly attack. Aram Manukyan was the one to embody the fighting spirit and the strength of the Armenians. Always fair and decisive, Aram used to say in those days of despair. “Let us all get down to work, and we are sure to be on the winning side!”

Despair soon changed to enthusiasm. In the heroic battles of Sardarapat, Bash-Aparan and Gharakilisa, the Armenian nation once and for all earned its worthy place on the world map. The May victories led to the establishment of the Republic of Armenia.

On those heroic days of 1918, about 1500 men and women worked hard in the territory of today’s Yerablur to erect military fortifications on the initiative of Aram Manukyan. Yerablur was the defensive end of Yerevan. The victorious battle of Sardarapat prevented Yerevan from being captured, and Yerablur became a special place of pilgrimage years later to commemorate the heroes who gave their lives for the freedom of Artsakh.

Today we are committed to the victorious contribution and message of Sardarapat and Artsakh, we believe that we will have the Armenia of our dream with a just and creative society striving for progress and change, a strong economy and an even stronger and more modern army.

Aram Manukyan used to say. “…you must know that I am powerless without you. The entire Armenian nation is a hero, and our efforts will go in vain unless people want ... to work and save the Armenians from impending doom.” Therefore, let us all get down to work for the sake of the Armenia of our dream!

I am convinced that the victorious citizen of the Republic of Armenia will never again allow the loss of statehood or citizenship, the loss of our sovereign rights, the loss of faith and optimism.