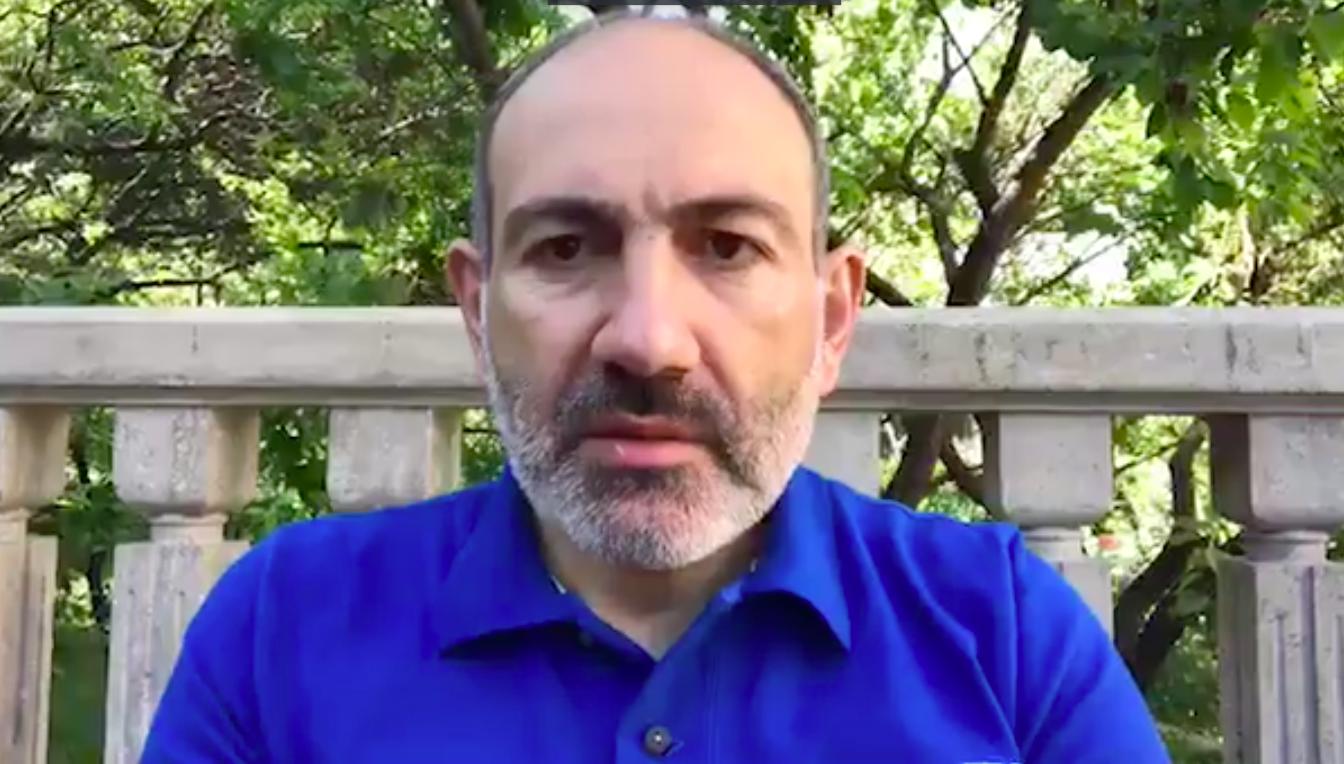 From the confines of his Yerevan residence, Armenian Prime Minister Nikol Pashinyan, in a video today, said that he is in relatively good health after testing positive for the coronavirus earlier in the week.

Pashinyan said that he has no fever and no pneumonia symptoms.

He said that his wife, who also tested positive, is also relatively asymptomatic.

The prime minister's four children have also tested positive for the virus. Pashinyan said they are doing OK.

Pashinyan said that medical data shows that 75% of those who have been infected are asymptomatic. He said that many in this category, those who have yet to be tested, aren’t aware they are carriers of the virus.

The prime minister again called on citizens to report those violating safety guidelines, urging people to list such violations on social websites.

He emphasized that citizens should pay particular attention to businesses, banks, the post office, and be on the lookout for government agencies not following safety regulations.

Pashinyan said that the police department has formed a special monitoring group that will respond to such alerts.

He called on the public to adhere to the guidelines and forge a movement to halt the spread of the virus.