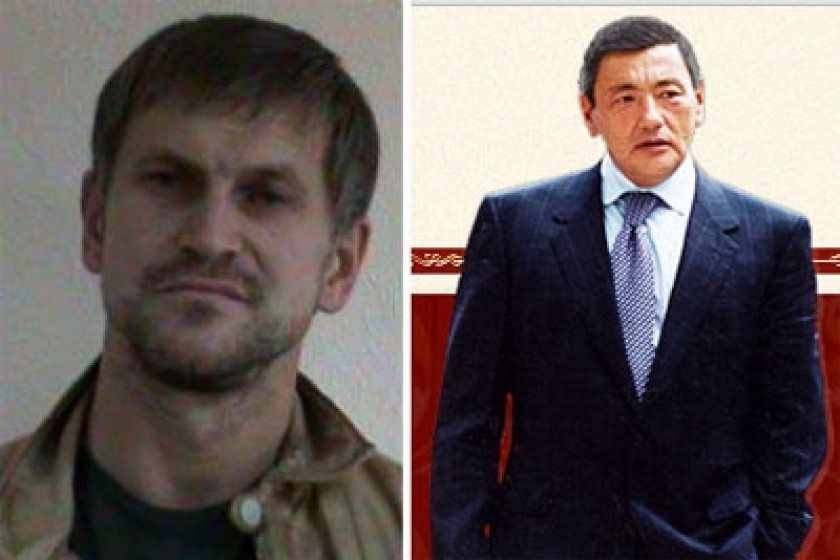 Obama Calls "Brothers' Circle" a National Security Threat...But Who Are They?

The Obama Administration has named the Brothers’ Circle as one of the transnational organized crime groups that posed the greatest threat to American security and recently sanctioned seven of its members.  The three other groups mentioned in Obama’s 2011 Strategy on Combatting Transnational Organized Crime are well-established groups like the Naples-based Camorra, the Mexican Zetas Cartel, and the Japanese Yakuza, which is highly centralized and embedded in Japanese business.

The Brothers’ Circle is not a term used by Interpol, is not listed on Wikipedia, and befuddles transnational organized crime experts.  So who are they?

“I have not found anyone in Russian law enforcement or elsewhere who actually says ‘yes, the brother’s circle is an organization and it exists,’ ” Mark Galeotti, an expert on Russian and Eurasian security affairs and transnational crime and Academic Chair of the Center for Global Affairs at New York University told OCCRP.

He says that the Treasury Department’s grouping gangsters into such a group is “either complete myth, or 99 % myth.”

What’s more likely is that the name is an easy way for the U.S. authorities to group disparate criminals, or gangs of gangsters, together.

“In the context of that particular ordinance, given that you’re associating them alongside more structured organizations like the Yakuza and the Camorra and so on, it was just a handy synedoche, an overarching term rather than just saying ‘and these miscellaneous Russian and eurasian gangsters,’ ” he said.

According to Galeotti, the term the US government is using dates from  the 1950s and 60s, which even then described a not very centralized group.

“Even at the height of the ‘vory v zakone’ [‘thieves within the law’] era, there wasn’t a formal organization, but there was this sense that the aristocracy of vory would represent an authority structure, but even then, this is not on the level of organized crime.  It was more managing disputes and managing behaviors and cultural codes within the prison population.”

“It may be that they have wiretaps that are linking these people, or some other things that we don’t have access to,” she told OCCRP.  “So I’d say from my point of view that if they are operating together it is more as a network than an organization.”

Shelley says Russian organized crime groups tend to be more fluid and based on fulfilling needs at a specific time.  “If they are operating together, it is more as a network than as an organization.”

Let’s take a closer look at the seven men whose assets have been frozen.  Almost all of them have spent significant time in Dubai, according to the information the U.S. government published about them.

Vladislav Leontyev, also known by his alias ‘Belobrysy’ (‘Blonde’), is your “classic Russian entrepreneurial gangster,” says Galeotti.  His career suggests he is far more multifunctional than some of the other men listed.  He has been implicated in drug trafficking, financial crimes embezzlement, fraud, extortion, car theft, and, says Galeotti, “will do whatever the opportunity at the moment offers.”   Like the other six men, he does not have close ties to upper echelons of the Russian government, but he is closely linked to political structures in local police forces, and sometimes uses them to force people to pay protection money, according to Galeotti.

He has been tied to former Nizhny Novgorod mayor Andrei Klimentyev, and attracted attention from the Russian authorities as early as the mid-1990s.  Klimenteyev and Leontyev were operating in the United States as well.  The former was extradited to Russia in 1998, but Leontyev eluded agents of the Federal Bureau of Investigation (FBI).

The FBI at the time said that Leontyev and his gang had been tied to local American gangs and that there was evidence that they had been involved in heroin and cocaine trafficking from Colombia.

According to the Obama Administration, Leontyev, 40, has aliases including ‘Vlantislav,’ ‘Vyacheslav,’ ‘Vadim’ and ‘Vadik,’ paired with variations of his last name.  He was born in Gorky, Russia but has an alternate place of birth listed as Caracas, Venezuela.  He allegedly carries identity documents from the United Arab Emirates, Greece, Ghana, and Venezuela.

He is currently wanted by Russian authorities for illegal transactions involving precious metals and narcotics.

Khristoforov is also linked to Leontyev’s gang that was operating in the Nizhny Novgorod region, and was also allegedly involved in a shooting between regional factions within Russian organized criminal networks over an attempt to seize control of a local precious metals enterprise, according to the FBI.

Kolbayev is a true drug pipeline entrepreneur, drug trafficker and middleman that Galeotti says has “relatively little control, but a great deal of influence.”  He is wanted in Kyrgyzstan for organized criminal activities and crimes involving the use of weapons/explosives, and organized/transnational crime.

Kolbayev is partly responsible for streamlining the ‘Northern Route’ for smuggling heroin out of Afghanistan.  It is currently estimated that one quarter to one half of all heroin leaving the Central Asian country goes via the northern route.

Galeotti says Kolbayev took what was an ad hoc, inefficient process, and forged links between some of the major players in return for a cut, making it into a route that can accommodate the more industrial scale loads being shipped out of Afghanistan.

Galeotti says Kolbayev, who is extremely wealthy, is in a precarious position precisely because of his role as a middleman.  “He has a lot of people who owe him favors and on whom he has dirt.  This gives him a lot of protection but also makes him vulnerable,” he says.

“A member of Kazakh law enforcement told me that if Kolbayev were arrested and they thought he might be willing to buy his way to freedom or a shorter sentence by ratting on his colleagues, there would be some very serious players who want to make sure he is silenced.”

Rakhimov is a classic Uzbek gangster.  You don’t get to be an Uzbek gangster without being the partner of powerful figures within the state apparatus.  There is no scope for an independent criminal within Uzbekistan, says Galeotti.

The Obama Administration says Rakhimov specializes in the organized production of drugs in Central Asia and has operated major international drug syndicates involving the trafficking of heroin.

The administration of Uzbekistan President Islam Karimov says Rakhimov has made great achievements as an “active promoter of sport at the international level” and awarded him with one award in 2007 and another in 2009.

On his website, he boasts of starting an Import-Export company on the heels of the collapse of the Soviet Union.  According to his website, he exports consumer goods, raw materials for chemical, automobile and light industry. He says he “carries out his business transactions via a number of companies where he is a leader and main share-holder. Namely these companies for ten years already have been performing fruitful cooperation on a solid economic basis with the world-known companies of England, Australia, Belgium, Germany, Holland, the USA, Switzerland, France.”

In addition to friendships at the upper echelons of Uzbek government, he counts Uzbek national Alisher Usmanov, co-owner of the English football club Arsenal as a friend.

Zaytsev is problematic because there is more than one Russian OC figure called Alexey Zaystev, who is not necessarily related, says Galeotti.  The Department of Justice says Zaystev acts on Leontyev’s behalf and has been involved in fraud, including a 2008 financial pyramid scheme involving the St. Petersburg-based Business Club Rubin.

Lazar Shaybazyan and Aleksandr Manuylov are also listed by the Obama Administration as acting on Leontyev’s behalf.

The Obama Administration has pinpointed some major Central Asian organized crime figures, says Galeotti.  But the men listed seem disproportionately to be figures associated with the United Arab Emirates, drug trafficking, and money laundering, he says.

“What they are not covering is more your classic Russian criminal, the ones who may still be in Moscow and St. Petersburg, who may have powerful protectors in those cities,” he said

“It could be that these are the primary targets on whom they reckon they can make some headway.”

Cleo 2012-04-05 00:19:50
Brother's Circle just sounds like a CIA euphemism for Akishino/Naruhito aka Japan Inc.
Olrik 2012-03-15 18:51:56
Well, there is the well-known Big Circle Boys triad from mainland China, that now operates in Canada and other places. Maybe somebody got the name mixed up...
michael wind 2012-03-14 13:21:29
this is just academic interpretation of some houligans from former soviet republics,the so called russian mafia is alive and well operating from brooklyn and fisher island and sunny isles beach florida,they are well educated and skilled at their crime,and white collar crime is done daily,entire law enforcement community especially on the local even is corrupt,perhaps they even penetrated federal agents,they are a treat to america economy beyond any other organization ever.