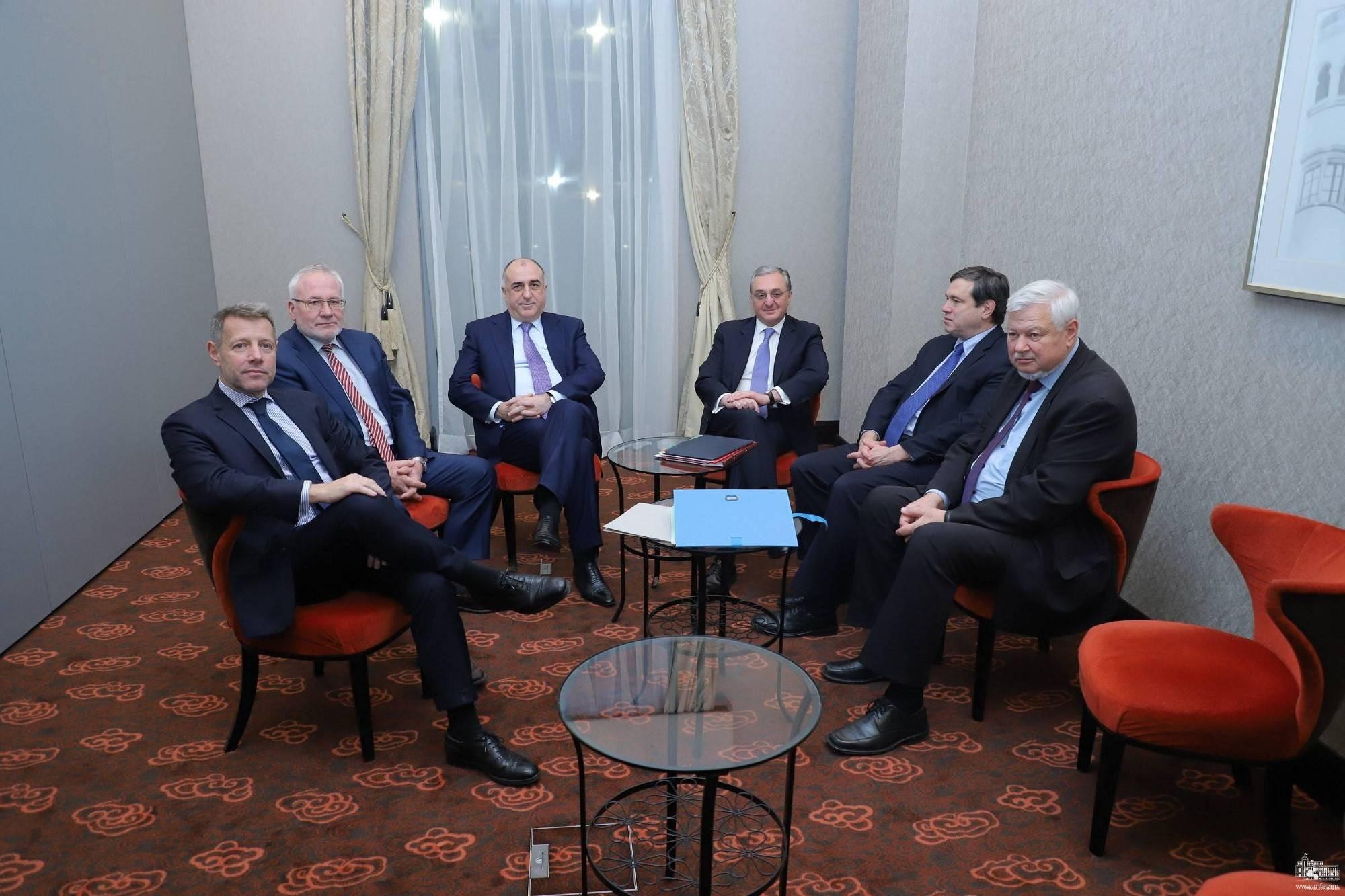 Press Statement by the Co-Chairs of the OSCE Minsk Group

The following is an OSCE press release

The Co-Chairs of the OSCE Minsk Group (Igor Popov of the Russian Federation, Stéphane Visconti of France, and Andrew Schofer of the United States of America)‎ met separately and jointly via video conference on 29-30 June with Armenian Foreign Minister Zohrab Mnatsakanyan and Azerbaijani Foreign Minister Elmar Mammadyarov to discuss the public health situation in the region, current dynamics in the Nagorno-Karabakh conflict, and next steps in the peace process. Personal Representative of the OSCE Chairperson-in-Office (PRCIO) Andrzej Kasprzyk also participated in these discussions.

The Co-Chairs emphasized the importance of promoting and maintaining an atmosphere conducive to peace and favorable to substantive negotiations. They assessed positively the relative stability on the ground and expressed satisfaction that the sides continue to use existing direct communication links to avoid escalation. Recalling their statement of 9 March, 2019, however, the Co‑Chairs noted with concern that recent provocative statements, inflammatory rhetoric, and possible steps intended to change the situation on the ground in tangible ways could undermine the settlement process.

The Co‑Chairs stressed that there is no military solution to the conflict. They urged the sides to take additional steps to strengthen the ceasefire and to prepare the populations for peace. The Co-Chairs also stressed the urgency of resuming monitoring exercises under the leadership of the PRCIO as soon as conditions allow.

The Co‑Chairs and Foreign Ministers‎ agreed to hold another joint video conference in July and to meet in person as soon as possible.