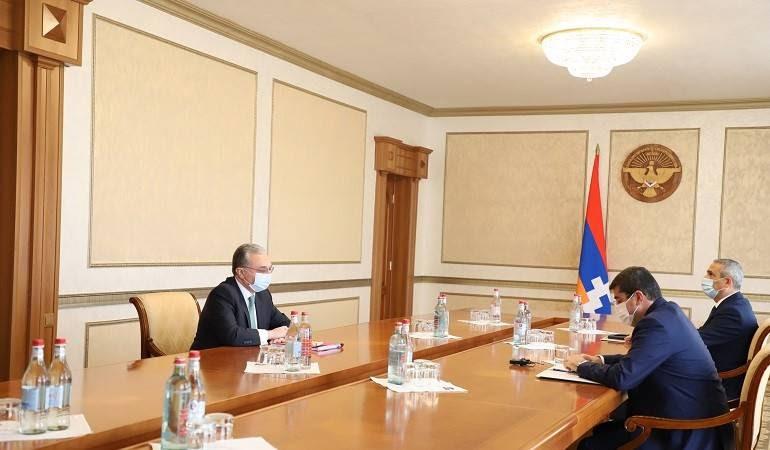 Today, during his working visit to Artsakh, Armenian Foreign Minister Zohrab Mnatsakanyan met with Artsakh President Arayik Harutyunyan and congratulated him on his recent election to the post of president.

"I would like to congratulate you once again on your election, and first of all I would like to emphasize the importance that this election has shown once again. The aspiration of the people of Artsakh to build a stable, well-established, independent state, which builds its future according to universal and national values ​​based on human freedom and democracy,” Mnatsakanyan remarked according to a statement released by his office.

Turning to negotiations to resolve the Karabakh conflict, Mnatsakanyan said Artsakh’s participation is of prime importance since the people of Artsakh have a direct stake in the process.