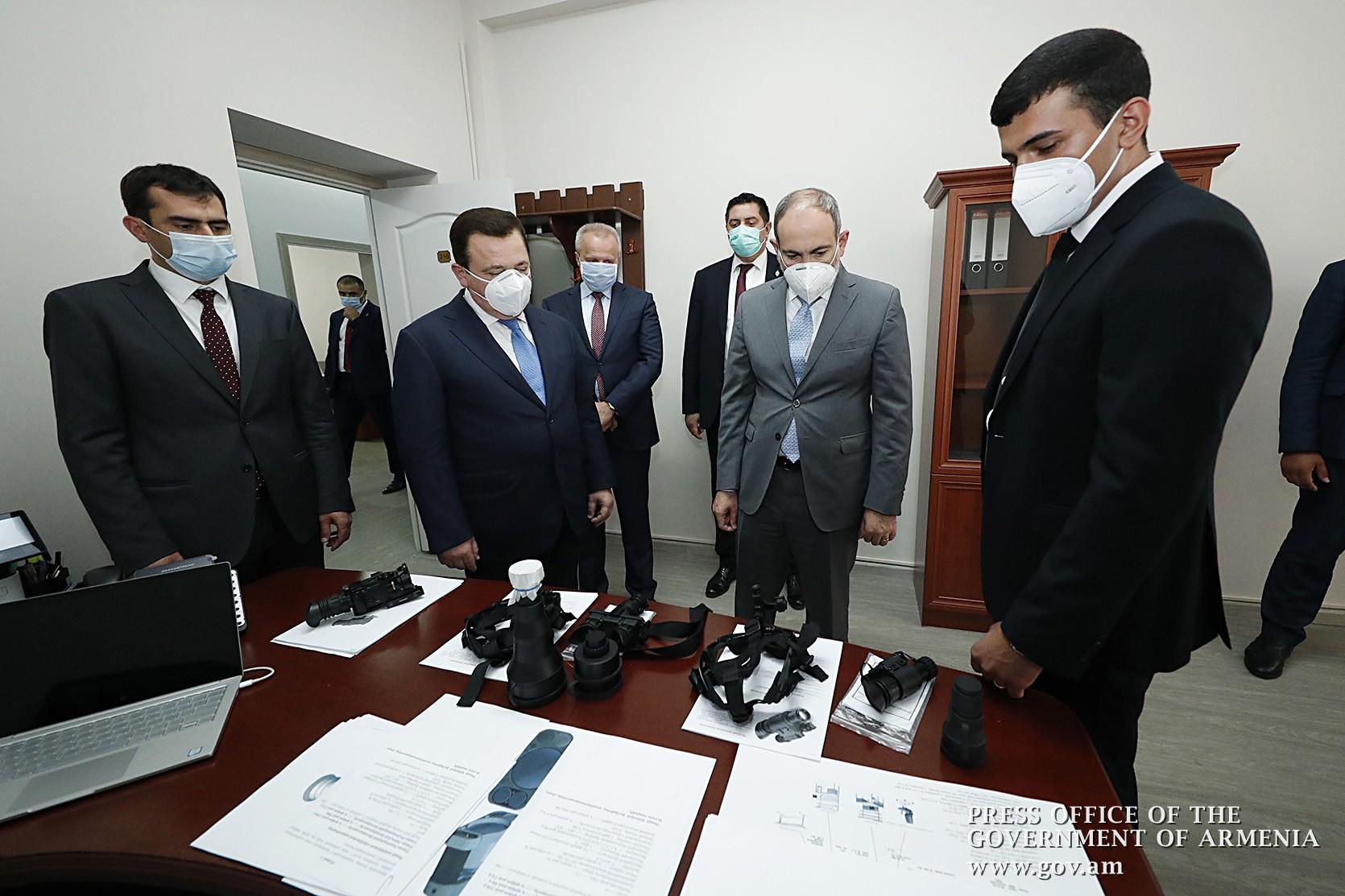 Pashinyan, according to a statement released by his office, was accompanied by Defense Minister David Tonoyan and Minister of High-Tech Industry Hakob Arshakyan.

The AK-103 is an assault rifle designed in Russia by Russian small arms designer Mikhail Kalashnikov in 1994.

The agreement on the production of the famous Russian rifle in Armenia was signed in August 2018 by Royalsys Engineering Ltd. and Kalashnikov Concern.

Some of the rifles will be used by the Armenian military.