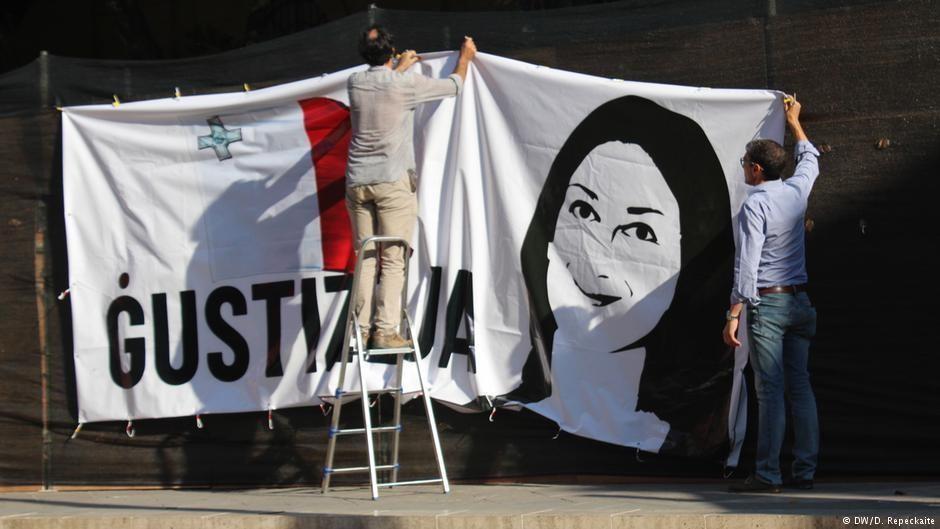 An alleged middleman in the murder of Maltese investigative journalist Daphne Caruana Galizia, was found Tuesday night in his apartment in Swieqi, at the island’s north, with serious injuries for which authorities said were self-inflicted.

“Melvin Theuma, the person who was granted a presidential pardon in the case of the journalist Daphne Caruana Galizia, was admitted to Mater Dei hospital and was certified as suffering from serious injuries,” a Maltese police statement said on Wednesday.

A preliminary investigation showed that Theuma harmed himself, read the statement.

Theuma’s lawyer called the police after “she could not establish contact with her client,” it said.

Police deployed to secure the key witness’ home, then entered Theuma’s apartment to find him injured.

Besides their own investigation, police also called for a magisterial inquiry in the case.

Theuma is in serious, but stable condition, yet unable to speak “after suffering damage to his vocal cords,” the Times of Malta reported.

In early November 2019, Maltese police and Interpol arrested several people, including Theuma, as part of an anti-money laundering operation. Another ten suspects were arrested in December 2017, but until now the person who commissioned the murder has not been identified.

Theuma decided to trade his testimony for state pardon, which consequently prompted certain developments in untwisting the murder of Daphne Caruana Galizia.

Just a day after Theuma decided to talk, Maltese Navy intercepted the yacht of Maltese national, businessman Yorgen Fenech, and arrested him.

Few months before she was murdered in a car-bomb attempt in October 2017, Galizia wrote about Fenech and his company 17 Black, alleging his links with certain Maltese politicians.