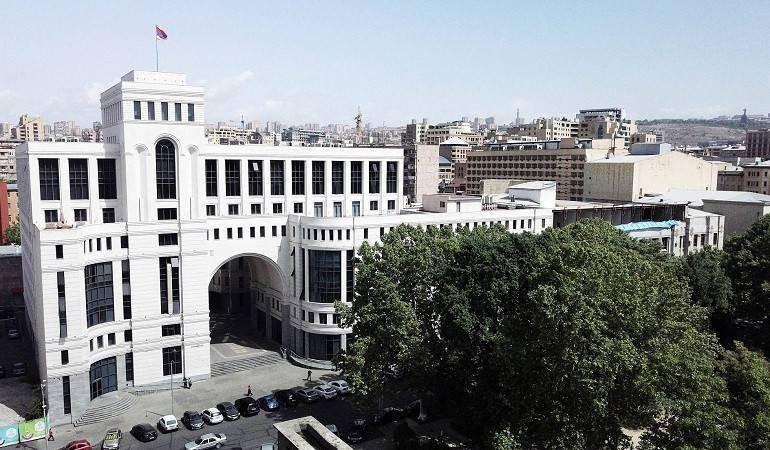 The Armenian Ministry of Affairs, in a statement issued today, blames the Azerbaijani government for directing what it called recent “cases of violence” against Armenian citizens and members of local Armenian communities worldwide in the aftermath of fighting along the Armenian-Azerbaijani border.

“There have been cases of obstruction of the normal work of the Armenian diplomatic service abroad, of the Armenian communities, of deliberate destruction of their personal and service property, which in some cases have threatened the security of the diplomatic staff as well. Racist steps are being taken to disrupt Armenia's trade and economic ties with various countries,” the statement reads in part.

Armenia also accused the Azerbaijani government of inciting ethnic clashes in different countries, referring to protests in London, Paris and elsewhere where scuffles broke out and hateful speech voiced.

“We call on our compatriots to be vigilant, not to give in to any provocation, and to immediately contact local law enforcement, and representatives of Armenian community and diplomatic representatives in such cases,” the statement ends.