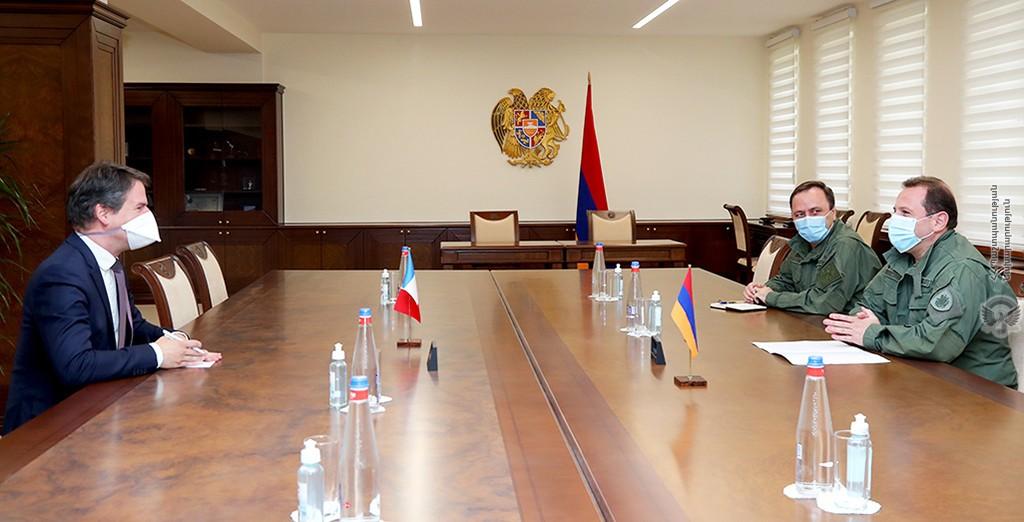 Armenian Minister of Defense David Tonoyan today hosted French Ambassador to Armenia Jonathan Lacôte, and the two, according to a statement released by the ministry, discussed a wide range of bilateral cooperation and regional security matters.

The two discussed the recent fighting along the Tavush section of the Armenia-Azerbaijan border and the Turkish-Azerbaijani joint military exercises in Nakhijevan.

Tonoyan said that Armenia would be closely following the military exercises.

Reaffirming France's mediating role in the Artsakh conflict settlement, Lacôte welcomed the absence of national manifestations and war rhetoric in Armenia during the recent clashes.