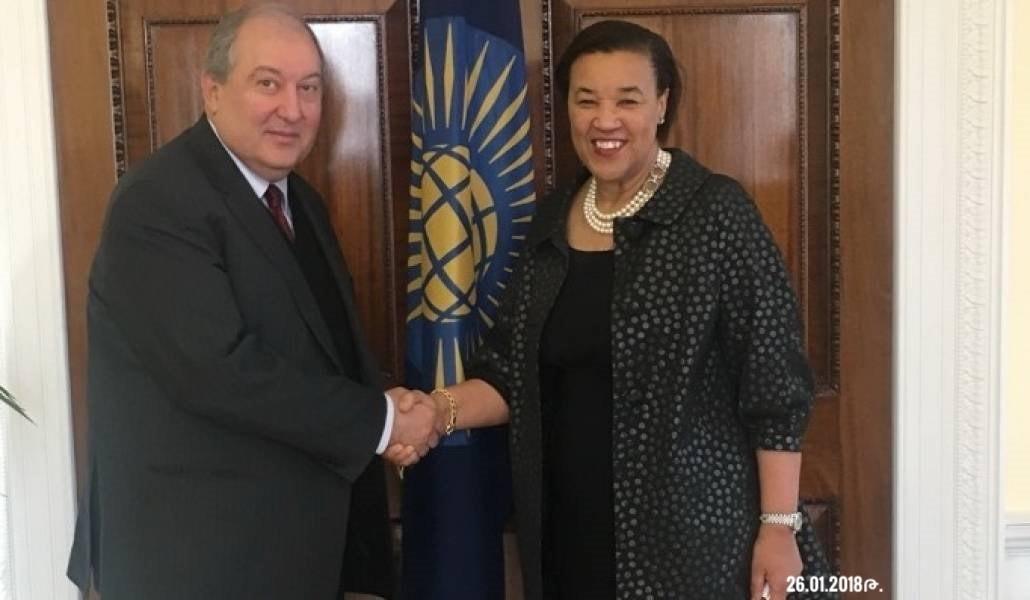 Armenian President Armen Sarkissian appears to be reaching out to various foreign officials and dignitaries with invitations to attend the Armenian Summit of Minds 2020 scheduled to take place in Dilijan and Yerevan next month.

Sarkissian, according to a statement released by his office today, has invited Baroness Patricia Scotland, Secretary-General of the Commonwealth of Nations.

Baroness Scotland had her four-year term as head of the Commonwealth Secretariat extended in June due to the coronavirus pandemic.

Australia and the U.K., claiming she was engaged in cronyism, thwarted her bid to have it renewed.